What you need to know about food colors 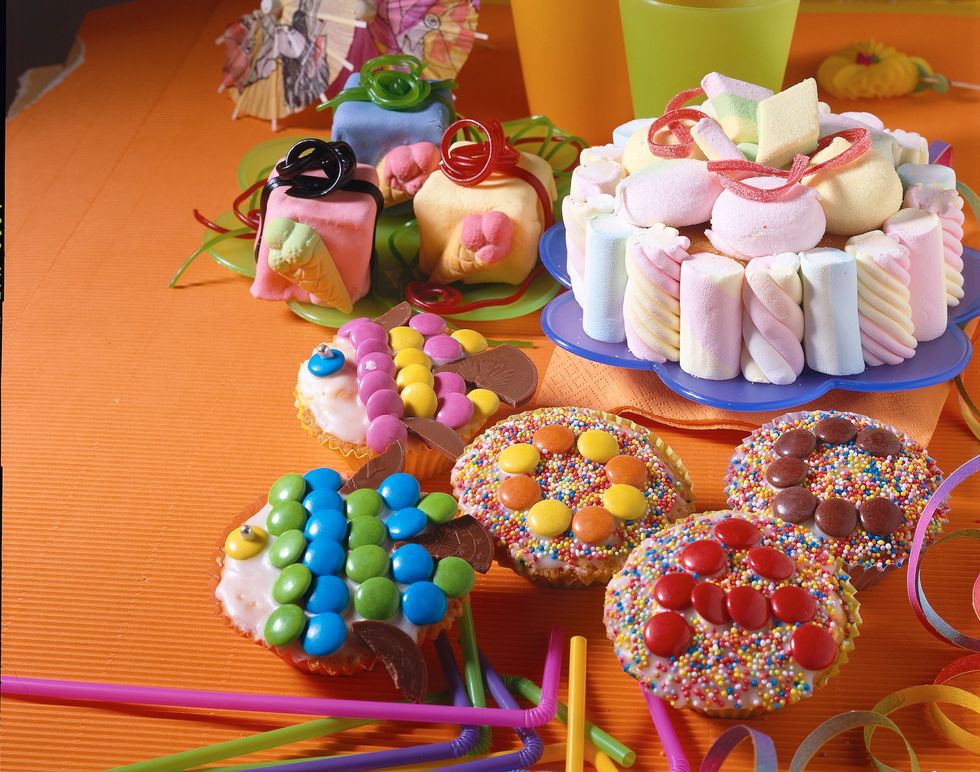 Many consumers think they are harmful to health, but no one does without them. Because, in addition to being good, food must also be beautiful

If you ask manufacturers why they use dyes for the foods and drinks they market, you always get the same answer: because otherwise no one would buy them. Ice creams, syrups, candies, creams, canned meat, crab meat, soft drinks and an infinite amount of other foods, due to the processing they are subjected to, would have an unattractive appearance if you did not resort to retouching with the right colors: therefore, as Manuela Soressi writes in the dossier of "Cucina Moderna" of July 2015, they move on to make-up through dyes.

What they are and how they are produced
Dyes are not foods: for this reason, the legislation considers them “additives" such as preservatives , emulsifiers, flavor enhancers and antioxidants. Foods containing additives must declare it in the list of ingredients, where the dyes are indicated by an abbreviation consisting of the letter E followed by a number between 100 and 199.

The current trend is towards the preference for natural dyes which, since 2011, have bypassed the synthetic ones in the new products launched on the market and now represent 40% of those used in the food world. Natural dyes are substances extracted with chemical solvents or with physical methods from animal, vegetable or mineral raw materials: for example, black is obtained from vegetable coals, white from anatase crystals and golden yellow from calendula petals. Nowadays the sources are mainly vegetable; among insects resists cochineal , from which the red used in many foods and drinks is obtained (such as Alchermes).

Generally they have objective limitations compared to synthetic ones: they give dull and uneven colors and have stability problems when exposed to light and heat. Artificial ones, on the other hand, are "built" to be similar to natural ones, but capable of providing many more colors, more intense and brighter. Furthermore, they are more stable to variations in temperature and acidity, more easily soluble and more resistant to oxidation caused by light and have significantly lower costs than natural ones.

What are they for
Usually, these substances are used to brighten the color of a food and make it its original color changed due to processing or exposure to light, air, humidity and temperature changes. From this point of view, dyes serve to restore a natural appearance to food.

But sometimes they have the opposite purpose: they are chosen precisely because they are so unnatural and bright as to attract attention and make a food unique and immediately recognizable, as happens for the intense blue of the Smurf ice cream or the bright red of Campari.

Behind the use of dyes there are in fact also marketing reasons, indeed of "psycho-marketing". Since we "eat" first with our eyes than with our mouth, the color of a food communicates many sensations to us; it tells us if it is fresh, good, ripe, flavorful and safe, but also if it is sweet, bitter or sour, thus raising our expectations and building our judgment on it even before tasting it.

What the law says
In Europe only dyes authorized by EFSA (European Food Safety Authority) are allowed. Furthermore, additives can only be used if technically indispensable, i.e. when there are no alternatives, and they cannot be used to mask quality defects and deceive the consumer about the characteristics of the product. In some cases, the use of a specific additive is permitted only for specific categories of food and according to the maximum doses set by law, as is the case with artificial colors.

On the other hand, for most of the dyes of natural origin it is established only that "quantum satis" should be used, ie just enough to obtain the desired coloring effect. Furthermore, for all additives (including dyes), the quantity that can be taken daily in the daily diet without risk to health, even for the whole life span, has been established: it is defined as the "admissible daily dose" (Dga) and, for precaution, it is the hundredth part of the “zero effect level".

Are they safe?
In recent years, EFSA has started the safety review of about 400 food additives authorized in the European Union (of which 45 are dyes) based on data relating to their toxicity and their ability to develop allergies. And something has already changed: the red dye E128 has been withdrawn from the market because it is recognized as carcinogenic, caramel (E150) has been acquitted of the accusations of being dangerous but the admitted daily doges have been reduced. Ditto for another ten dyes, such as quinoline yellow (E104), sunset yellow (E110), amaranth (E123) and cochineal red (E124).

Appearing for some years and increasingly widespread, they are the last frontier of this sector and have recently been regulated by law . The European guidelines state that the "coloring ingredients" must come from foods (such as fruit, vegetables and other edible plants) consumed in Europe before 1997 and whose characteristics must be preserved (such as aromatic properties and nutritional values). Furthermore, they cannot contain processing aids, such as emulsifiers, preservatives and stabilizers which are often present in color additives.

They are produced with physical methods and mechanical processes and without resorting to organic solvents or synthetic chemicals. In this way, colored concentrates are obtained that enhance the typical pigment of each fruit, vegetable or herb: anthocyanins that give red to blueberries, red potatoes and elderberries; carotenoids that make pumpkin and carrots orange, lycopene responsible for the red of tomatoes and chlorophyll that makes spinach green. These coloring ingredients are more expensive for food manufacturers but have some advantages: it can be boasted that the products are free of dyes and it can be emphasized that, thanks to these ingredients, foods are enriched with antioxidant components, such as lycopene or anthocyanins.