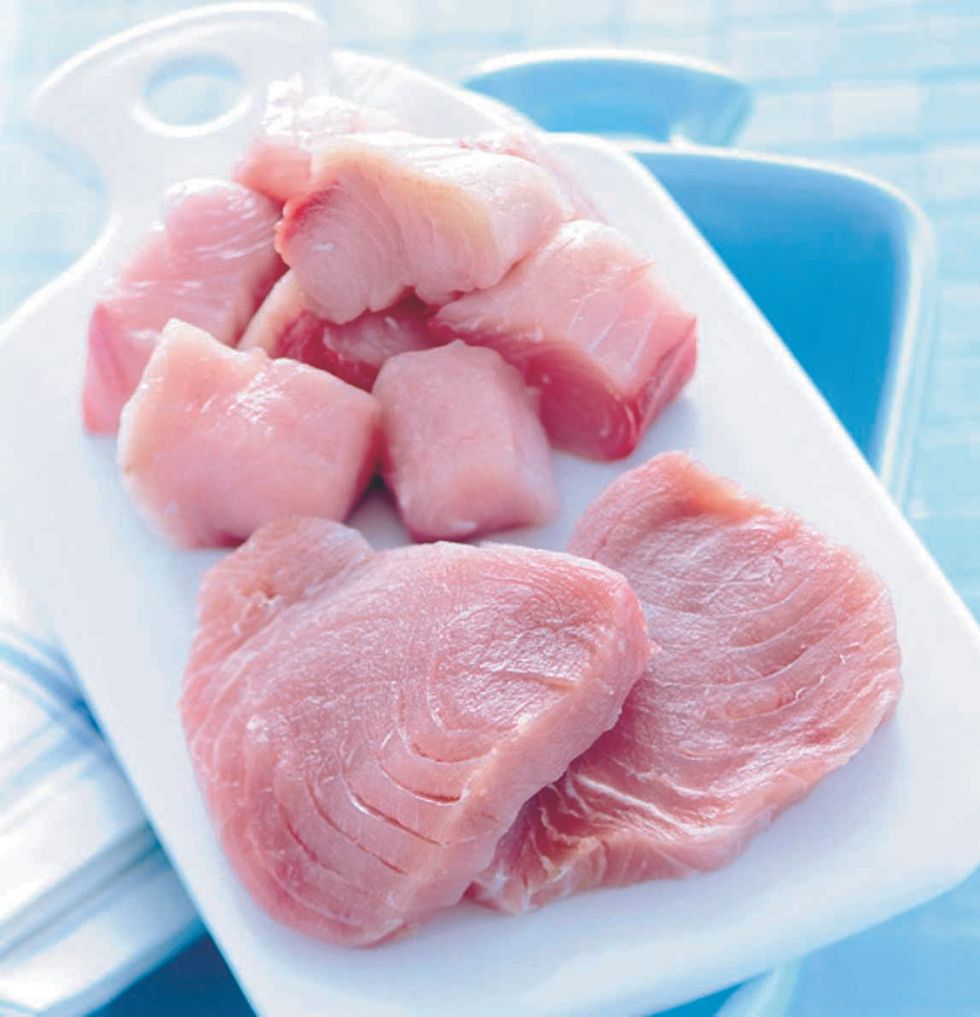 The alalunga is characterized by the long pectoral fin, and hence its name. It is a close relative of tuna (like this one, it lends itself very well to preservation in oil), smaller in size and with a delicate taste and light color: this is why it is also called "white tuna".

It is found in the Mediterranean, the Atlantic Ocean and the Pacific; the one caught in our seas generally weighs 6-8 kg, sometimes 10-12 kg. The albacore feeds on blue fish and molluscs (squid and squid). The reproduction takes place in June / July and after 4 months the chicks reach 1 kg of weight.

The older specimens caught in spring are generally sold in slices, which can be cooked like those of swordfish. When the albacore is found deprived of its head, fins and skin, it is possible that it has been replaced with other species, for example alalunga or tuna, imported frozen and thawed before sale.

For this reason it is advisable to buy the albacore when it is still whole, remembering that the ventral part, called ventresca as for tuna, contains more fat and therefore remains soft even after cooking. The meats, firm and tasty , are excellent prepared with pizzaiola, baked, grilled or sautéed in a pan.