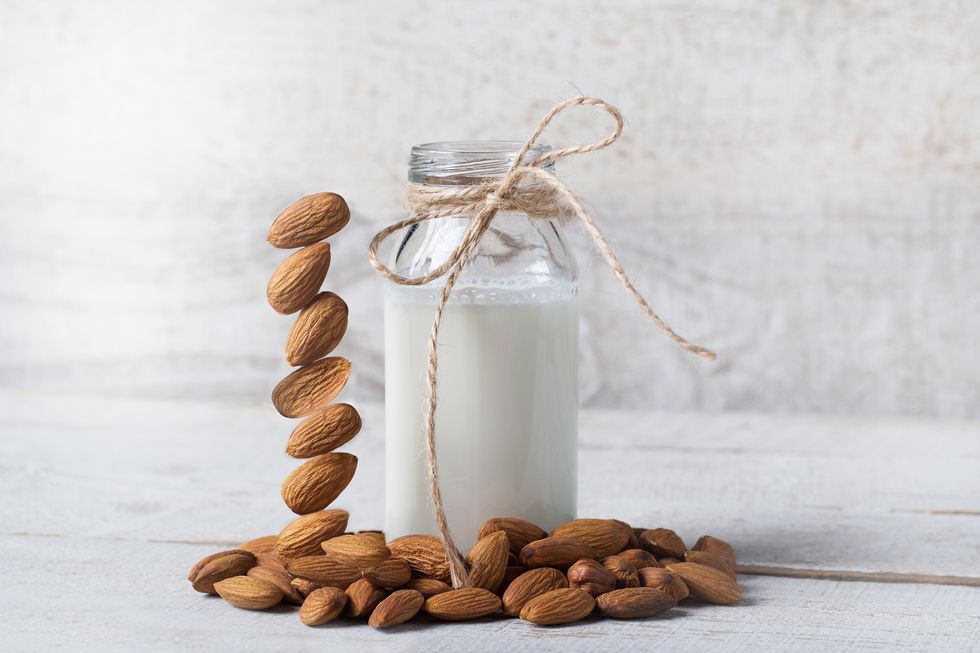 It has been for centuries the balsamic elixir and the refreshing drink par excellence of our south. Obtained from a very widespread and available raw material: almonds. Today it can be found ready in all supermarkets in Italy. A "novelty" that has conquered Italians: not only have sales of almond milk increased significantly but it is also increasingly used as a "noble" ingredient in many industrial products, such as sweet snacks and ice cream. But why do they like it so much?

To understand the current boom in almond milk, one needs to step back and focus on the oily fruit from which it is made. Almond, in all its forms, is on the crest of the wave like never before: according to the Imagine Nielsen GS1 Observatory, in super and hypermarkets there are over 900 products that contain it. A number, until a few years ago, unthinkable. Almonds are liked because they are good and are good for you. And their milk is a tasty and quick way to consume them at any time of the day. Not only that: it is also a smart ingredient for many drinks (such as smoothies and smoothies) and for many dessert recipes, even without sugar. And for many it is also a plant-based alternative to cow's milk. Let's try to deepen these aspects.

A good drink (even in the kitchen)

With its delicately sweet taste, almond milk makes many recipes for cakes, plumcakes, donuts and puddings special. And it is essential to prepare sorbets, granitas and that delicious confectionery specialty that is the "blancmange". It also lends itself very well to the preparation of refreshing and invigorating drinks, such as a smoothie made with 50 g of beet, a carrot, a green apple, a banana, two tablespoons of raspberries and 50 g of ginger. Also try the combination with a superfood such as spirulina. Just blend 230 ml of almond milk with 2 grams of dried spirulina, 11 ml of elderflower syrup and 5 ml of carrot juice, and then filter, to obtain a super drink, perfect after sports and for coping. fatigue caused by the heat. In addition to finding it ready-made, almond milk is also easy to prepare at home using the extractor. 100 g of almonds are left to soak in 50 cl of water overnight and, the next morning, the water is replaced. Then you put the almonds in the extractor by gradually adding 40 ml of water and a second pass is made in the extractor, adding more water if necessary. The almond milk thus obtained should be consumed within two days.

Does "drinking" almonds bring the same health benefits as eating them? Unfortunately not. In almond milk the quantity of this nut is very low (about 2%). Most of the product sold at the super is made up of water, additives (such as stabilizers and emulsifiers) and added sugars (just check it by reading the list of ingredients). And this explains why almond milk is not a light drink: a 200ml glass is worth about 50kcalories, mostly made up of sugars and fats. However, most of its fats are "good" (such as oleic and linoleic acid) because they keep the circulatory system healthy. And then in almond milk there is also a good amount of antioxidants, such as vitamin E. The mix of minerals, trace elements and vitamins (often added, as specified on the packaging) makes it a good natural supplement for those who follow a diet vegetarian or wants to give up, at least for a while, animal proteins and lactose, which is free. However, almond milk is not a real alternative to cow's milk, because it is too low in protein (less than 1%), too full of sugars and is naturally deficient in some important micronutrients, such as calcium, vitamin D and vitamin B12. What's more, according to the WHO, replacing cow's milk with almond milk leads to an iodine deficiency, increasing the risk of brain damage.