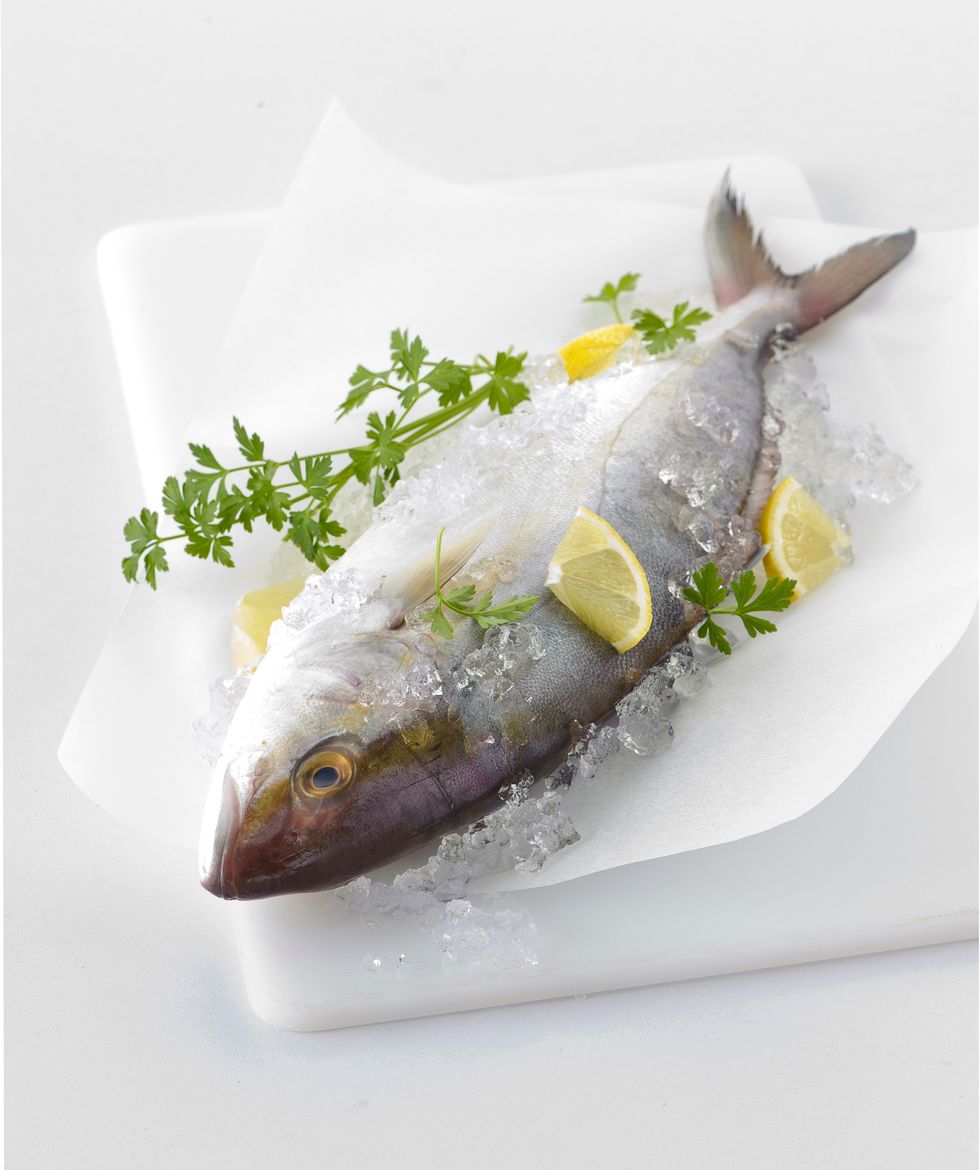 The amberjack is a sea fish belonging to the Trevally family, which is characterized by a torpedo body, slightly compressed laterally. It has a bluish back, with a yellow stripe running along the sides, while the belly is silvery. It is a fish found in the deep seas, quite widespread in the Mediterranean, as well as in the Atlantic and the Pacific.

The amberjack can reach 180 cm, with 80 kg of weight. The specimens that exceed 1 kg are usually sold in pieces, while the young ones (300-600 g), that approach the coast between July and September, are sold whole. It can be found on the market, but the best time to consume it is from spring to early summer.

The meat of the amberjack is firm, white and of excellent flavour, especially in young specimens, which should be eaten very fresh. Those over 10 kg have a more distinct taste and can be stored in the fridge for a few days.

In the kitchen the amberjack lends itself to many preparations: boiled and seasoned with a drizzle of oil and mayonnaise, baked or cooked as pizzaiola with tomatoes and capers. It can be also used to flavour pasta. Amberjacks are bred in many eastern countries, with an annual production of over 100,000 tons in Japan alone.

In Italy attempts are underway for artificial reproduction and fattening in cages of young specimens with encouraging results.