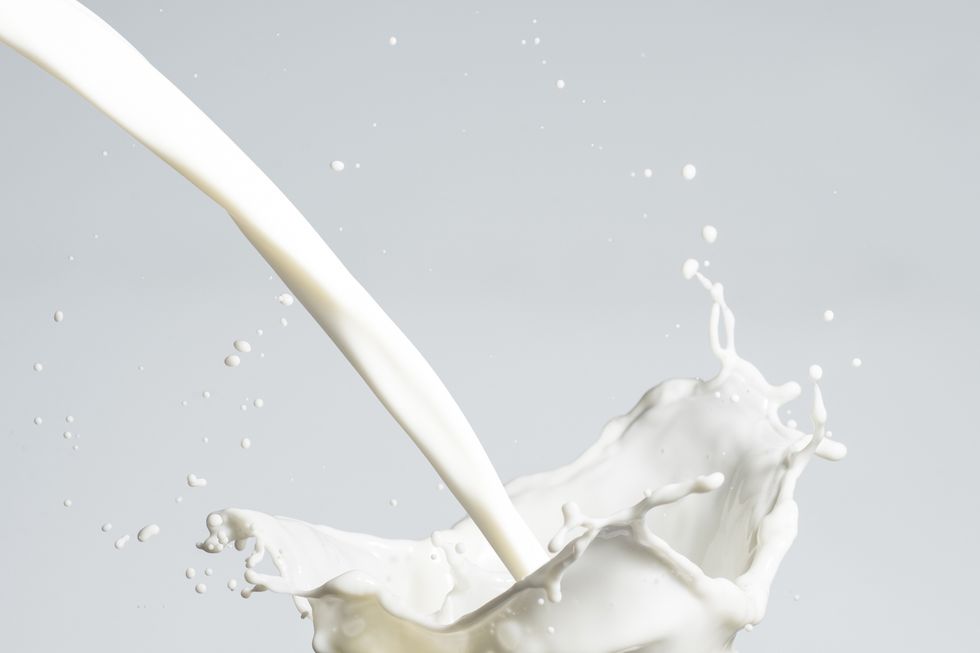 Abroad it is a very successful product, in Italy it is a novelty. It comes from Piedmont and is a stomach and intestinal "proof" milk, because it contains only beta-casein A2, the most digestible of all. A natural result, achieved in the stable, not in the factory

No, it is not a macroscopic spelling mistake: the latest innovation launched by the Turin Milk Center is called Laatte Tapporosso. A curious name, chosen because it refers to the unique characteristic of this product: the best digestibility obtained by “rethinking” the production chain starting from the barn, ie without resorting to any treatment in the factory. The milk thus obtained contains only the most digestible beta-casein, which is called A2. And from which the name of this product is inspired, innovative for Italy because it was born from a research project conducted in collaboration with CNR-ISPA and CREA. In the rest of the world, this special milk is a success story, particularly for a New Zealand company, A2 Milk, which is selling it with excellent results all over the world. But what is special about being liked so much?

IT'S ALL A QUESTION OF PROTEIN

When it is difficult to digest and "manage" milk and you look for a culprit, you immediately think of lactose, the sugar of milk. But proteins also play their part. The typical one of milk, casein, is composed of five protein fractions, including beta-casein which represents approximately 36% of the total and of which 13 genetic variants are known, born as a result of mutations in the DNA of cows occurred over time. The most widespread genetic variant, because it is more present in the breeds most used for the production of milk (such as the Friesian), is the A1 but the original one seems instead the A2. This is also confirmed by the fact that it is better tolerated by the gastrointestinal system. In fact, during digestion, the A1 variant can form a protein fragment (beta-casomorphine 7) which, according to some studies, has a pro-inflammatory effect on the intestine, leading to intolerances and eczema. Considering these discoveries, research began to understand how to "package" a milk that contained only A2 and was therefore, of course, beneficial for the functionality of the digestive system. This type of milk is produced in New Zealand, the United States and Great Britain and is sold in China, Europe and America. But so far in Italy it wasn't there.

It took about two years of work to get to Laatte Tapporosso, produced by the Centrale del Latte di Torino in two versions and distributed (for the moment) throughout the Piedmont area. To naturally obtain a milk that contains only beta-casein A2 you have to start from the stables. In fact, the selection processes of dairy cows have given rise, over time, to cattle breeds and populations that differ in the genetic heritage responsible for the production of beta-casein A1 and A2. Therefore it was necessary to "map" the farms in Piedmont to select only those where the cows have the specific genetics for the production of milk with beta-casein A2. Once the farms were identified, which must also have respect for animal welfare as a requirement, we moved on to designing the milk processing and packaging cycle, which is separate from that of common milk and which is equipped with a process certification that guarantees the traceability of the supply chain.

A2 milk is part of the development of milks with higher added value in terms of nutritional characteristics, sustainability or relationship with the territory from which they come. An example of this is the Hay Milk which has obtained the recognition of TSG (Traditional specialty guaranteed) from the EU. It is obtained only from cows fed in the traditional way, i.e. with at least 75% fresh grass, hay and cereals, and without the use of fermented fodder (salads). In this way a more fragrant and tasty milk is obtained, but also with a better nutritional profile, because, with the same fat, the share of healthy ones increases. A research conducted by the University of Vienna revealed that, compared to standard milk, Hay Milk contains twice as much Omega 3 and conjugated linoleic acid (CLA), which helps reduce fat deposits in the body and improve immunitary defense. Most of the TSG hay milk produced in Italy comes from Alto Adige (the rest from Veneto, Trentino and Friuli) and can also be found in the supermarket, both in the form of fresh milk and as an ingredient in yogurt, skyr and cheeses.