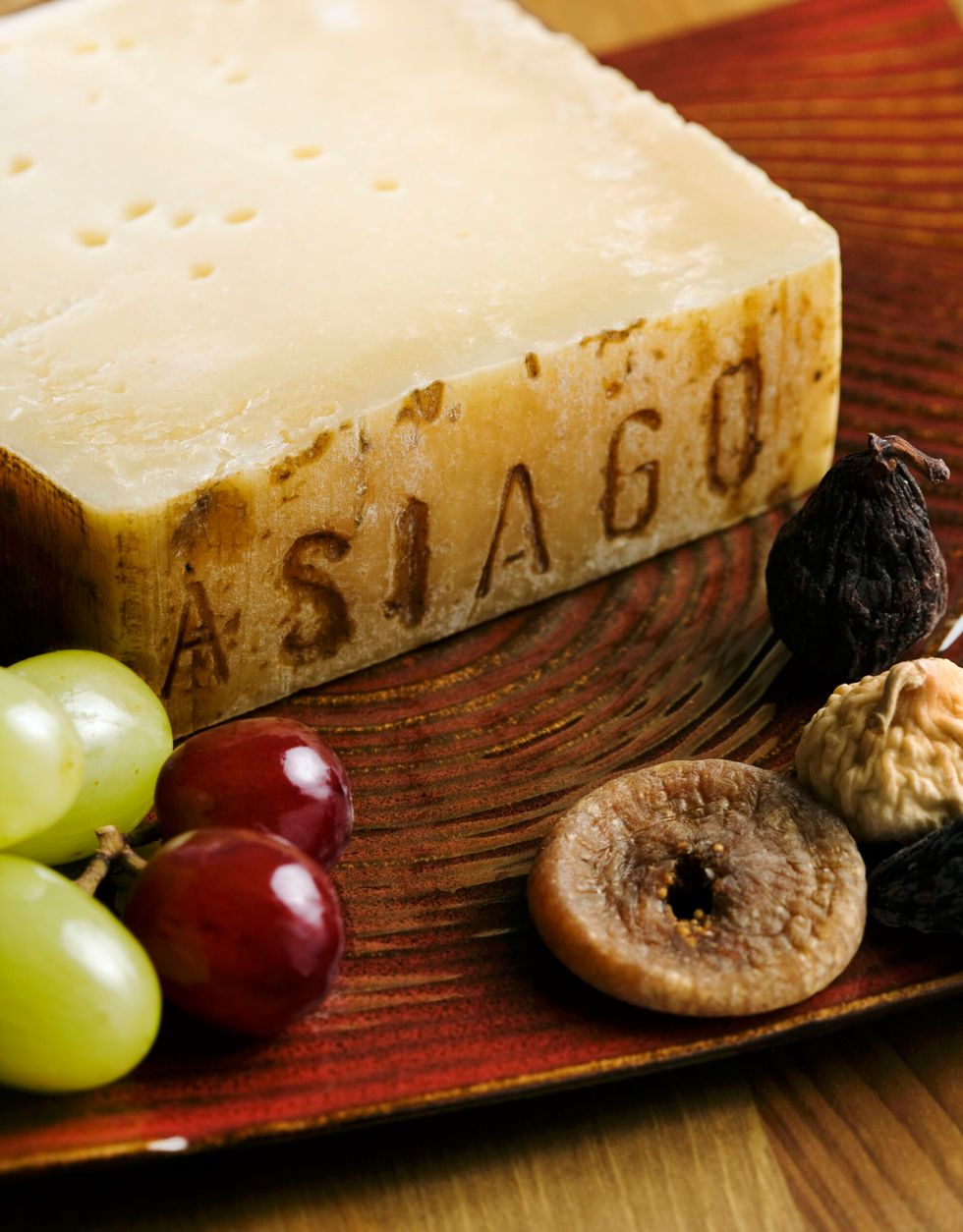 Cheese inextricably linked to the area whose name it bears, the Asiago plateau. Asiago PDO - Protected Designation of Origin is produced throughout the province of Vicenza and Trento and part of the province of Padua and Treviso.

Asiago PDO follows a strict production control and stands out in Asiago Fresco, produced with whole milk with a minimum maturation of 20 days, and Asiago Stagionato, produced with partially skimmed milk. Depending on the seasoning, it can be Mezzano (mature), Vecchio (old), or Stravecchio (extra-old). Asiago PDO, thanks to its versatility, is ideal in the kitchen: it can be used fresh, as a table cheese, or diced in salads, but if it is seasoned it can also be used in flakes or grated. It is the protagonist of typical Italian regional dishes.