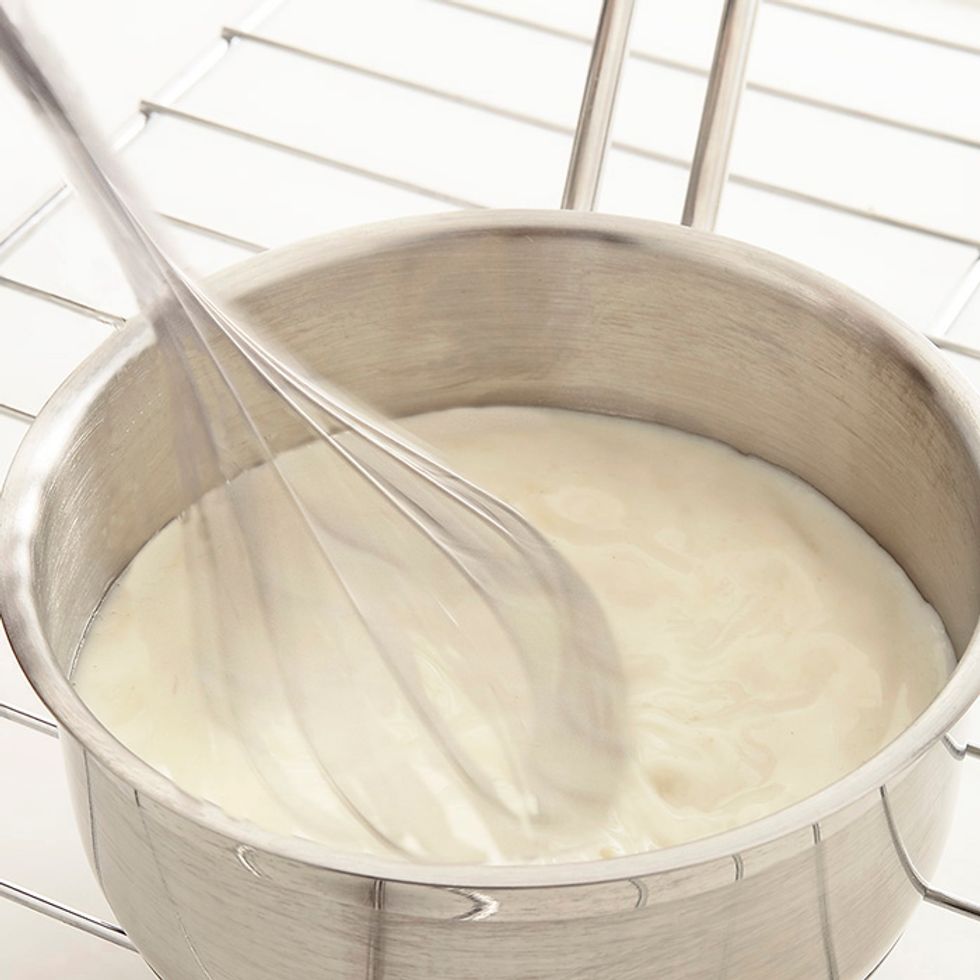 Bechamel sauce is one of the most famous white sauces, also considered a mother sauce, because many others derive from it, including Nantua and Mornay. The bechamel is prepared with a mixture of butter and flour, generally in equal parts (called roux in gastronomic language), diluted with hot milk, then flavored with salt, pepper and, to taste, also nutmeg.

Cooking must be done over a very low heat to avoid the formation of lumps and must last about 10 minutes, so that the flour, when cooked well, loses its bitter taste. Since the béchamel left waiting tends to dry out forming a dry film on the surface, it is advisable to pass over a piece of butter stuck on the prongs of a fork, in order to create a protective patina on the sauce that will maintain its velvety consistency.

Béchamel is mainly used for gratinating, for tying pies and flans or for making soufflé.

1 Melt 2 ounces of butter in a saucepan, add 2 ounces of flour, stirring rapidly, to avoid the formation of lumps

2 As soon as the mixture has taken on a golden color, slowly pour half 2 pints of boiling milk, always stirring with a whisk

3 As the milk is added, the butter and flour mixture will tend to become grainy at first, then to thicken quickly. Then, slowly, it will become more and more fluid, smooth and golden. It is important that the milk is poured in small doses. The sauce is cooked for about ten minutes. The indicated dose is for a soufflé or a pie to brown for 4 people.