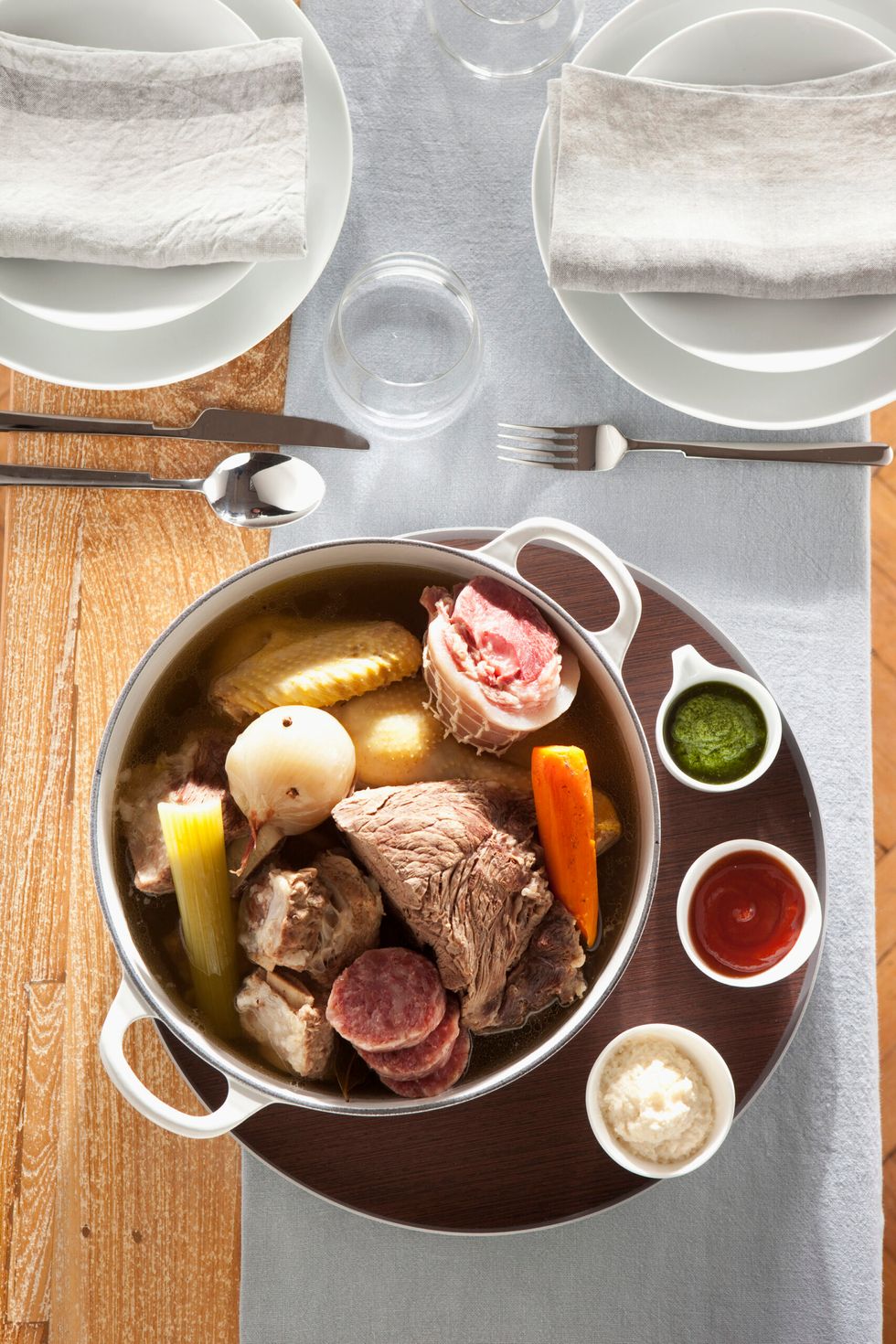 "Bollito" is an Italian term that generally indicates a dish of boiled beef. The creation of this dish could be defined as the first experiment of "authentic gastronomy" in the history of food. In fact, after having learned to cook meat on a grill or a leg on a spit, and after having created the first earthenware cooking vessel, the man probably discovered that certain very hard meats softened with long cooking in water and that the liquid that remained (ie the broth) was also pleasant to drink.

Thus was born the boiled meat which became one of the most popular preparations.

The boiledmeat par excellence would include only beef, but today, the mixed one includes veal, chicken, and, in some Italian regions, even cold cuts are much more widespread. There is a very specific technique to obtain a good boiled meat and to prevent the meat from dispersing most of its proteins in the water (about 7%). That is, it is necessary to immerse the pieces of meat in boiling water so that, under the effect of heat, the albumins of the surface layers coagulate, preventing the internal ones from escaping.