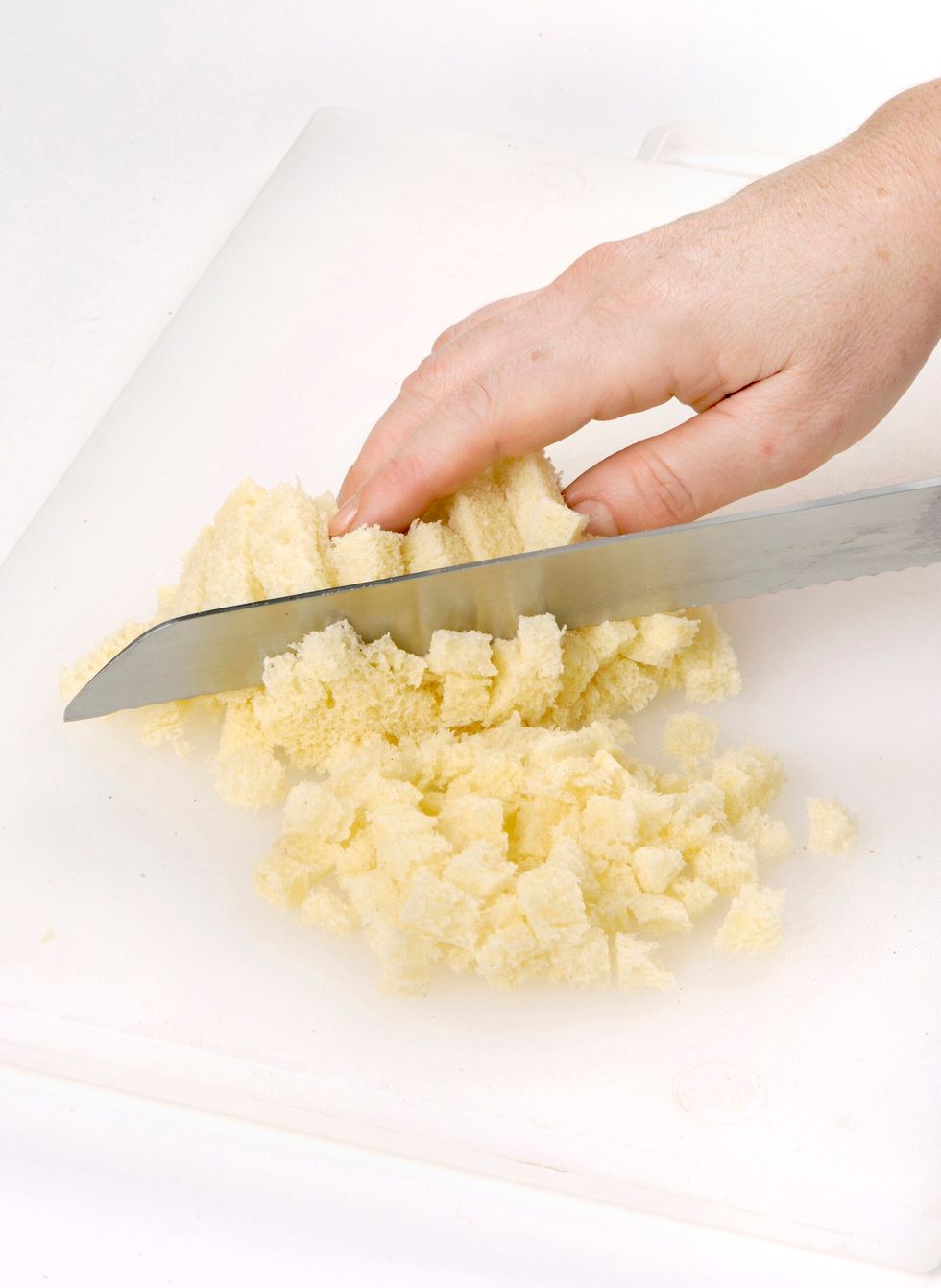 The white, soft, inner part of bread is known as the crumb, which is not to be confused with the small bits of bread called crumbs, and the outer part is called the crust. In southern Italy, there is a custom that consists in spreading the pieces of crumb on fish, meat, or vegetables during the cooking, to replace the parmesan or the pecorino cheese. In some preparations, the crumb is toasted in a pan before use.