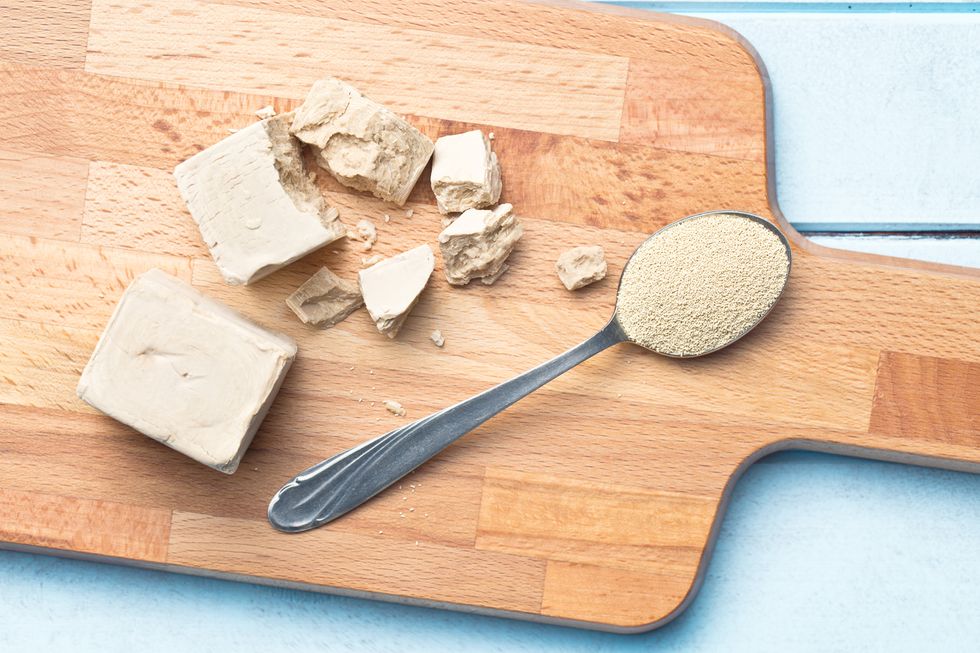 Is it ugly, useless and bloated? The time has come to clarify the 5 (false) myths circulating about brewer's yeast

The inventor's name is still unknown, but the period has been identified: about 4,000 years ago. It was then that the phenomenon of leavening of a dough was discovered, that is the effect caused by carbon dioxide to “inflate” the dough thus allowing to obtain soft and soft bread, pizzas, sweets and focaccia. But to achieve this result you need a little help: yeast, which, by transforming complex sugars into simple sugars, produces carbon dioxide. Thus, yeast (although it would be better to use the plural because there is a wide variety) is a magical and blessed product. But in recent times it is also viewed with a critical eye by many consumers. In particular, to end up on the dock is the brewer's yeast, accused of being poorly tolerated by the body and of having debased many baked goods. But is it really so?

Is it an artificial product? False

Brewer's yeast has a natural origin: it is composed of billions of live cells of a microscopic unicellular fungus (Saccharomyces cerevisiae), so called because it was discovered, in the mid-nineteenth century, in the fermenting beer wort. Today, the Assitol producers' association explain, it is obtained from the fermentation of a by-product of agricultural origin, sugar molasses. Other raising agents (such as those that can be bought in sachets at the supermarket) are of chemical origin: they are based on sodium bicarbonate mixed with acid salts (such as sodium and aluminum sulphate or sodium pyrophosphate) which, in contact with 'water, produce carbon dioxide. In terms of the final result there are no differences: the carbon dioxide that is formed in the dough is always the same, whether it was added using chemical yeast or whether it was generated by the fermentation of a yeast.

Does it cause abdominal bloating? False

There are those who blame the gluten, while those who blame the yeast if after an evening in a pizzeria or a breakfast in a pastry shop you feel an annoying abdominal swelling and intestinal problems. But most likely (and almost certainly) the causes lie elsewhere. The latest studies have identified it in complex sugars that promote intestinal fermentation (the so-called Fodmap) and which have been recognized as one of the triggers of the symptoms of irritable bowel, a syndrome with which 30 out of 100 Italians live. In addition to the glycemic load of a meal, it is also the salt content that "swells", which causes water retention, and therefore makes us feel like a balloon.

More and more people believe they are intolerant to yeast, but in reality it is a very rare occurrence, which is identified with certainty only with serious and scientifically validated analyzes. Requirements that do not have the many do-it-yourself tests, very popular today, which frequently detect yeast intolerances but which have proved to lack scientific credibility and clinical validity, as written in the shared document created by the Federation of orders of doctors (FnoMceo) in collaboration with the Italian allergy societies.

On the contrary, yeasts perform some positive functions in the human body, in particular on the health of the intestine, where they interact with probiotic and prebiotic microorganisms. By synthesizing vitamin B12 and other vitamins important for the development of lactic bacteria, yeasts help to maintain a healthy microbiota and, therefore, to strengthen the immune system. As far as brewer's yeast is concerned, this probiotic effect was confirmed by a study from the University of Lille, which also showed that brewer's yeast is well tolerated by the body and reduces abdominal pain in cases of irritable bowel. Brewer's yeast is also a natural, inexpensive and effective remedy for dry and easily cracked skin because it is a concentrate of vitamin B2. The sprint solution to ensure the 1.3 mg of vitamin B2 needed every day is simple: dissolve a sachet of brewer's yeast in a little water and drink it as soon as you wake up, before having breakfast.

It is the best for bread. FALSE

The best yeasts for bread making are natural ones (such as mother yeast), because they act slowly by deeply modifying the structure of the starch of the flour and thus allowing to obtain a more digestible bread that lasts longer. Instead, most of the bread available on the market is prepared with cheaper brewer's yeast, which swells the dough quickly and hardens the bread just as quickly. To be on the safe side, choose traditional breads: apart from a small percentage used in the homemade bread of Genzano and in the stick of Padua, in all the others the brewer's yeast is absent because local natural yeasts are used, as emerged from a research conducted from the university of