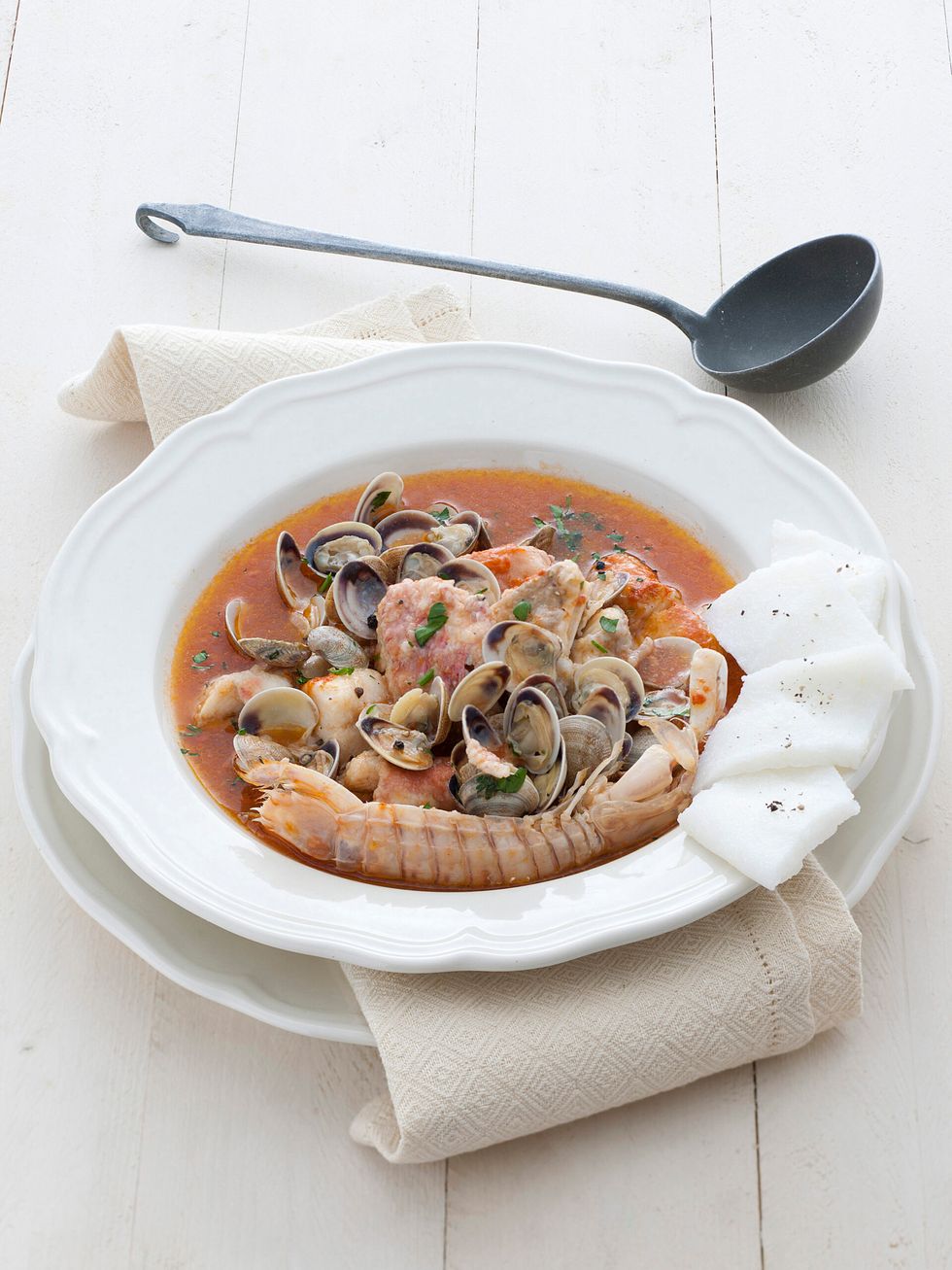 Brudet is a fish soup typical of the Adriatic coast that goes from Trieste to Vasto. There are several varieties of brudet: from those made with a single type of fish (such as eels or sole or mullets) to those that provide several qualities including red scorpiofish, angler, striped red mullet, brill; among the molluscs the cuttlefish and among the crustaceans the squilla mantis or the langoustine. The brudet is generally accompanied by toasted bread, but also by toasted polenta.