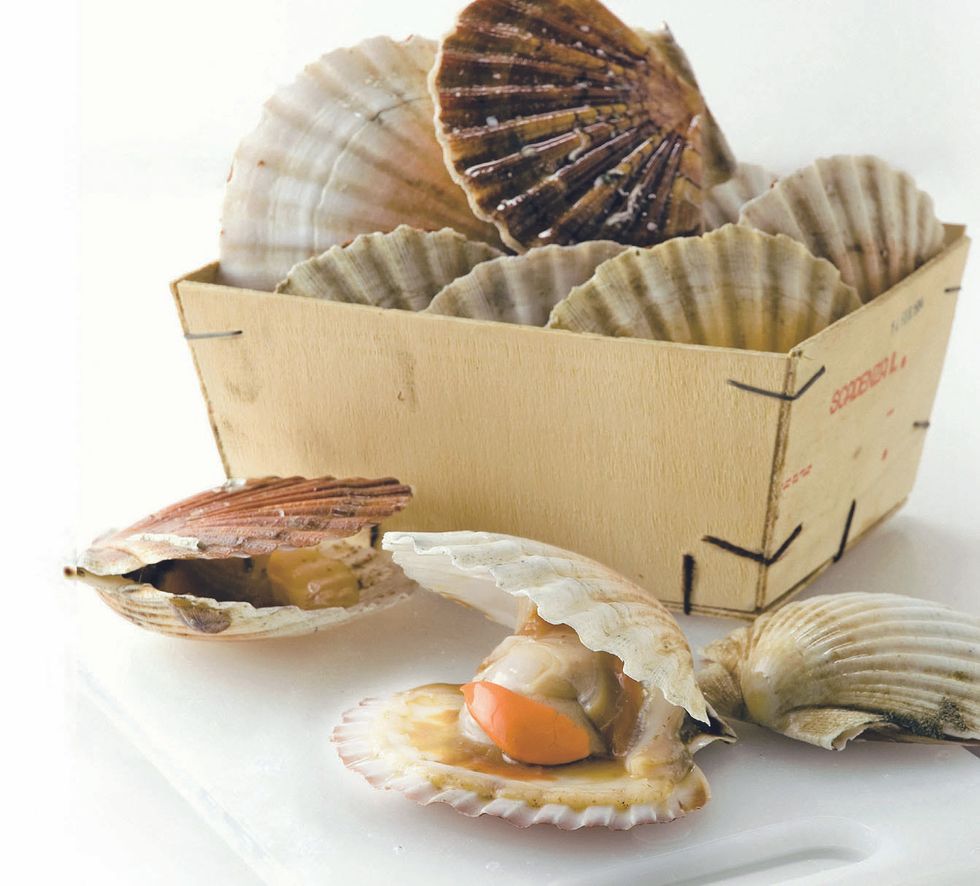 The scallop is composed of two valves, one flat and one convex, which distinguish it from the scallop, smaller and with convex valves. For the scallop there is a minimum fishing size, so it is best not to buy shells with a diameter of less than 10 cm.

It lives in the Mediterranean, where it is fished with trawl nets, and in Italy the production of scallops is concentrated in the Upper Adriatic. Since it does not last long out of the water, unlike other molluscs (mussels and clams) it is often marketed with the valves open (that is, dead), but this is not a sign of bad quality.

A similar species, slightly larger, fished and bred in the seas of Northern Europe is also sold on our market: check the label that must indicate its origin. Breeding does not change the value of scallops , because they feed on plankton and not on foods administered by man.

In the kitchen, the gonads are used, a structure that is partly white (the male part) and partly orange (the female part). The scallops , in fact, are hermaphrodite (ie the same individual is both male and female). Their flavor is delicate , with a tendency to sweet. They are eaten au gratin and baked and are excellent in risotto.