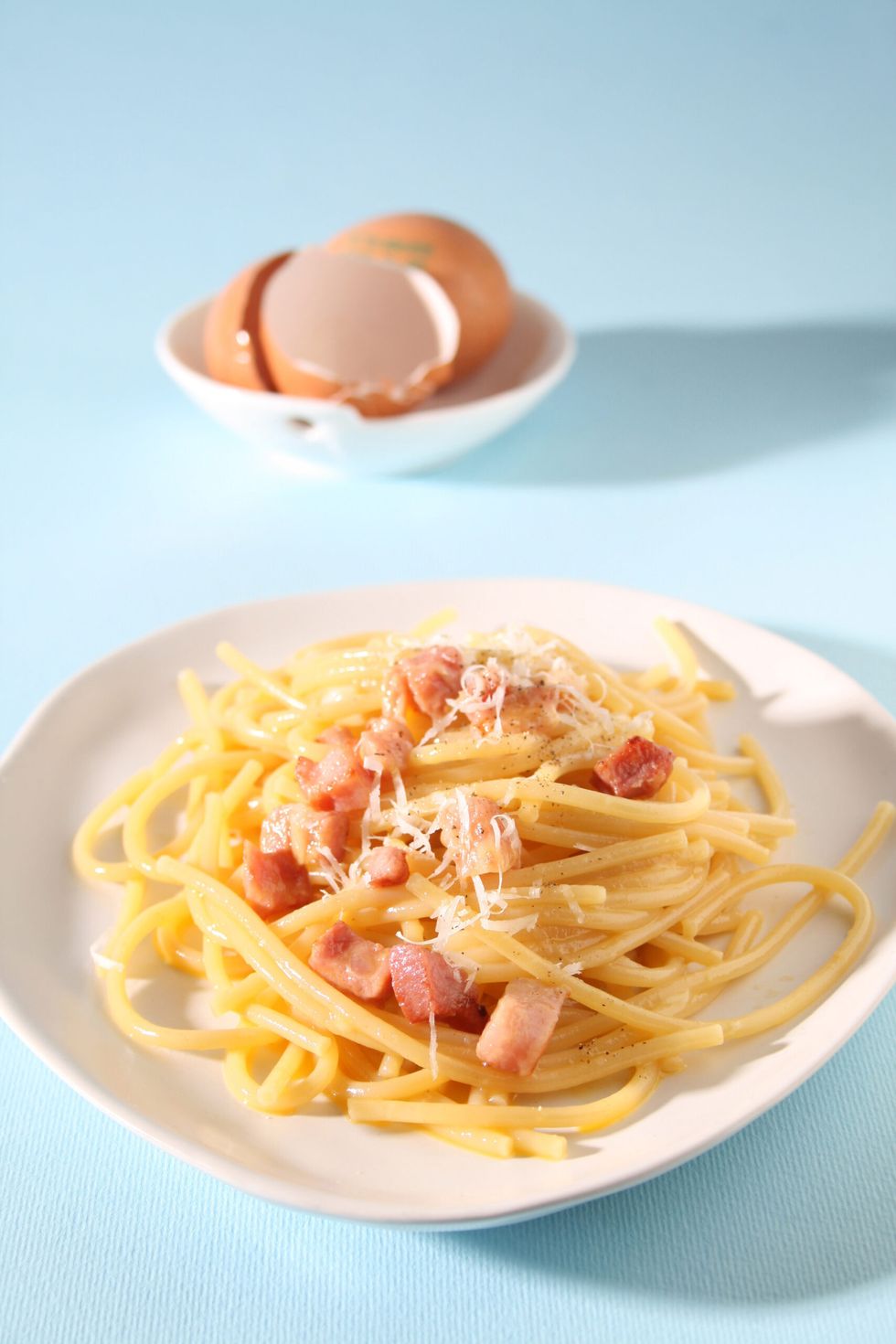 Carbonara is a typical preparation of Roman cuisine. It is a dish of pasta (once only penne were used, today spaghetti is generally preferred) topped with a sauce based on eggs and toasted bacon. It was born at the time of the Second World War, when the great food shortage was partly filled by the foods distributed by American troops, including powdered eggs and bacon. With these modest ingredients, someone developed the idea of preparing a sauce to season pasta. For a good carbonara pasta you should not use pancetta but the guanciale, made from the pig's cheek.