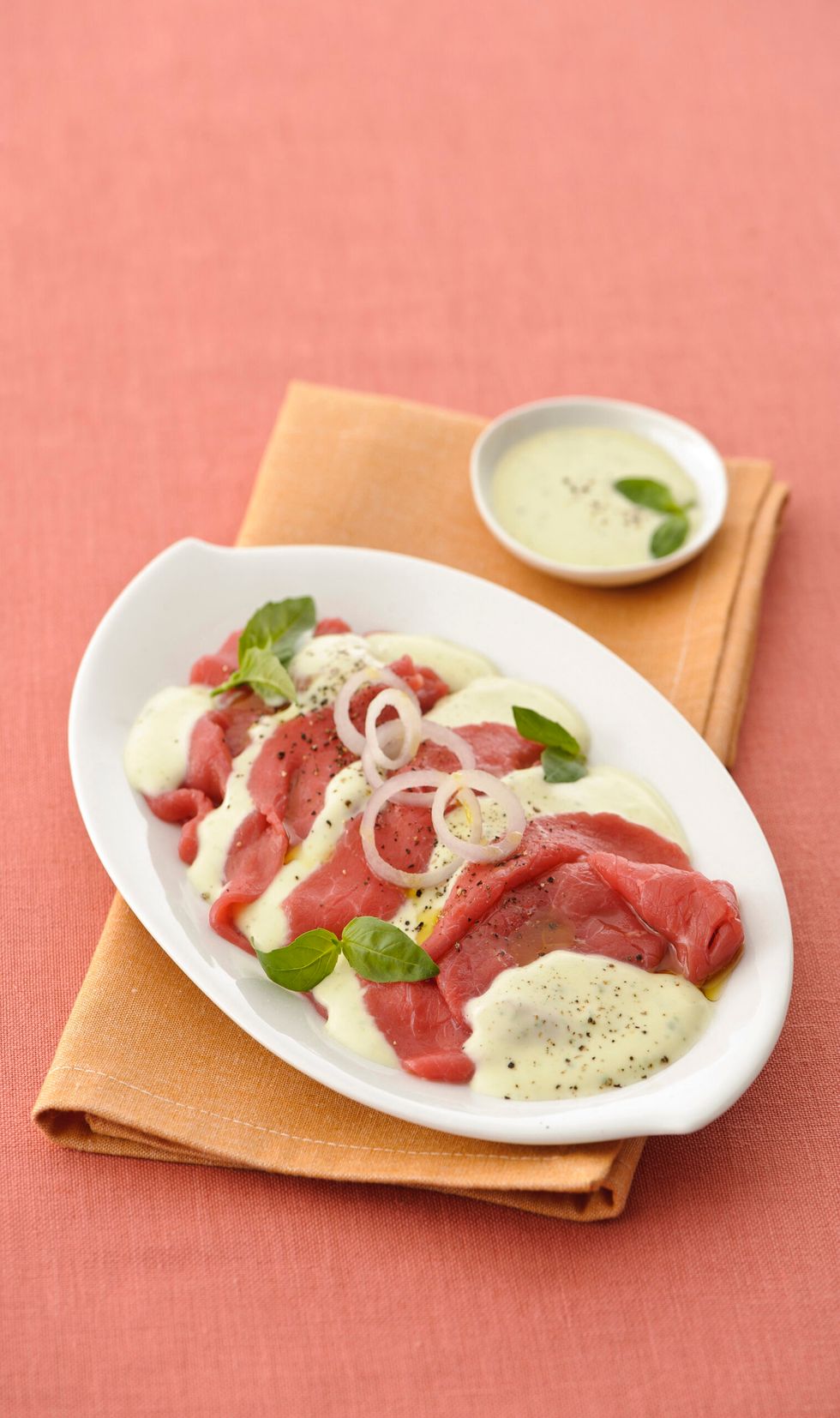 Carpaccio is a preparation based on thinly sliced beef fillet and seasoned with a particular sauce. This dish was born in 1963 at Harry's Bar in Venice (owned by Giuseppe Cipriani) when an assiduous customer of this famous restaurant was forced, by order of the doctor, to include thin slices of raw fillet in her diet. Cipriani, to give a different touch to the monotonous dish, decided to season it with a sauce that already existed in the "house menu" with the name "Universal" , because it accompanied many dishes and, in particular, the hamburger.

Thus a new dish was born that was baptized with the name of the famous Venetian painter of the fifteenth century, of which, at that time, an exhibition was held at the Palazzo Ducale. But, as soon as it was born, the recipe, or rather the sauce, underwent some changes. The "Universale", in fact, was simple mayonnaise enriched with a little mustard and Worcester and was replaced with a slightly more elaborate version, namely the American "pink sauce", used to season the shrimp cocktail (mayonnaise, mustard, tomato, ketchup, Worcester, whiskey or brandy, cream). And it is with this sauce that carpaccio has found its greatest diffusion.

And now a tip: to obtain very thin and perfect slices of fillet, you need to slightly harden the piece of meat in the freezer for about half an hour. There is also another trick to make the operation easier: turn the slicer blade very quickly and instead make the trolley proceed, which moves the meat under the blade very slowly. In addition to the fillet (the best part is that of the «head») you can use sirloin or roast beef, as long as they are free of fat.