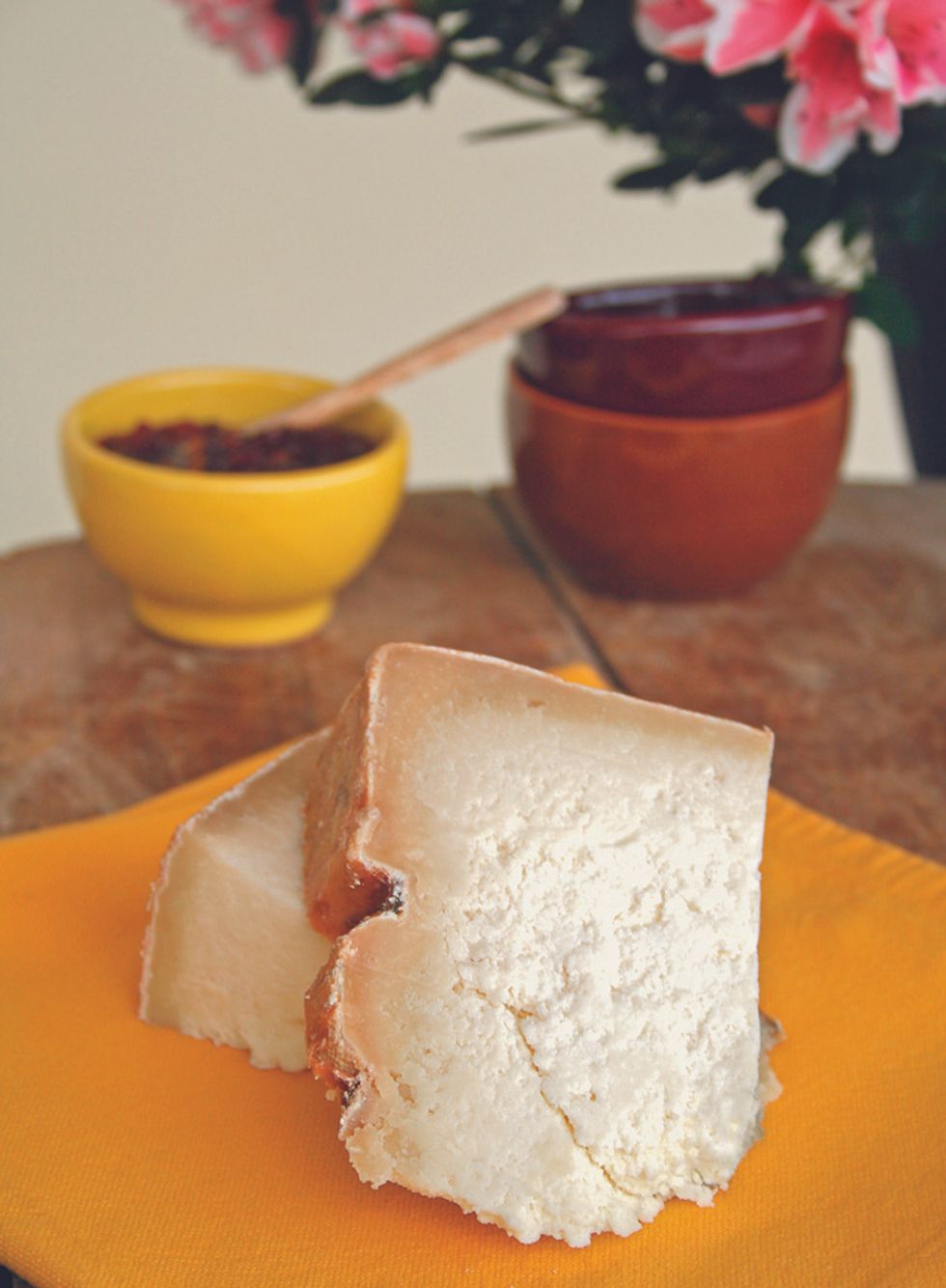 Castelmagno is a cheese produced in the omonymous Italian town, in the province of Cuneo. It has very ancient origins and it seems that it was already present in 1277.

It is a hard, semi-fat cheese made with cow's milk and, in ancient times, also with a small addition of goat's milk. It must mature for a period between two and five months, in natural caves or in cool and ventilated environments. Its shapes have a diameter of about 25 cm and a height between 15 and 20 cm. The rind, at the beginning, is reddish yellow, thin and elastic, but with aging it becomes darker, thicker and more wrinkled. The paste of this fresh cheese is ivory white, but then around 5 months of aging it changes to ocher yellow and has green and blue veins (formed only if the milk has not been skimmed); at first it is crumbly and then becomes more compact. The smell is aromatic, while its flavor is delicate in the first 2 months, although it becomes spicier as the cheese ages (around 5-6 months).