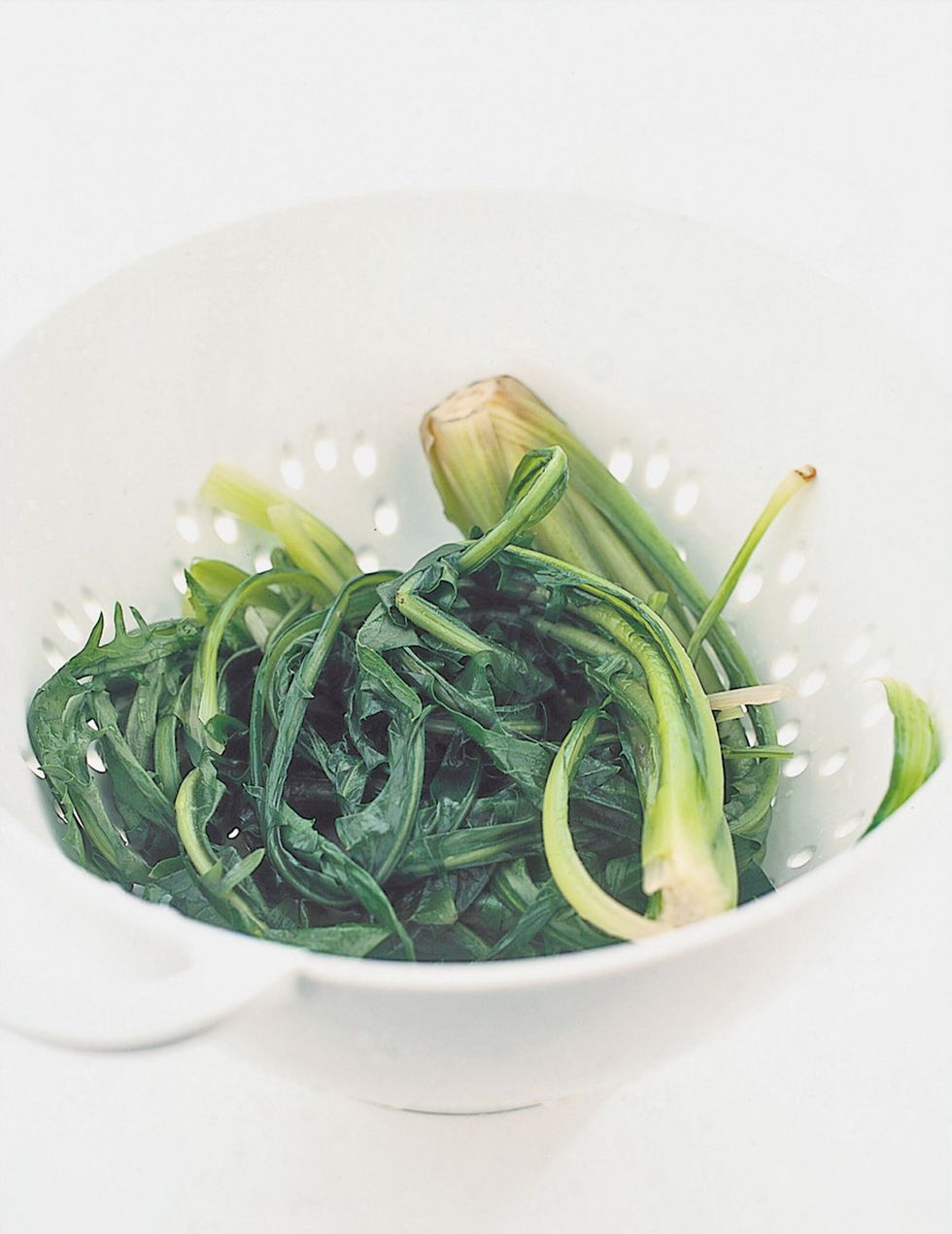 Catalonia is a variety of chicory, characterized by a large head, formed by numerous long, narrow and jagged leaves, with whitish ribs. There is also another type on the market called 'puntarelle', which has tufts with large crunchy and compact shoots; it is typical of South Italy and it can be enjoyed raw in salads, dressed with a sauce based on oil, garlic, vinegar and anchovies.

It is a mainly autumn and winter vegetable: in fact it appears on the market around October and stays there until March. The highest production of Catalonia is concentrated in the Italian region of Apulia (from Foggia to Brindisi), where it is consumed boiled and combined with the classic fava bean purée. In Veneto, the Catalonian Chicory of Chioggia has been recognized as a typical product. Moreover, Lazio is famous for its “ jagged Catalogna di Gaeta, which has been included it in the list of Italian traditional agri-food products.

The catalonia, before its use, must be repeatedly washed; then it is cooked for a long time in salted water. The flavor of this chicory is bitter. In any case, after boiling, it is advisable to leave the catalonia for at least an hour in cold water. This operation is to remove from this vegetable that bit of bitterness that remains even after cooking. It is good simply topped with oil and lemon and sautéed with a little oil and garlic.