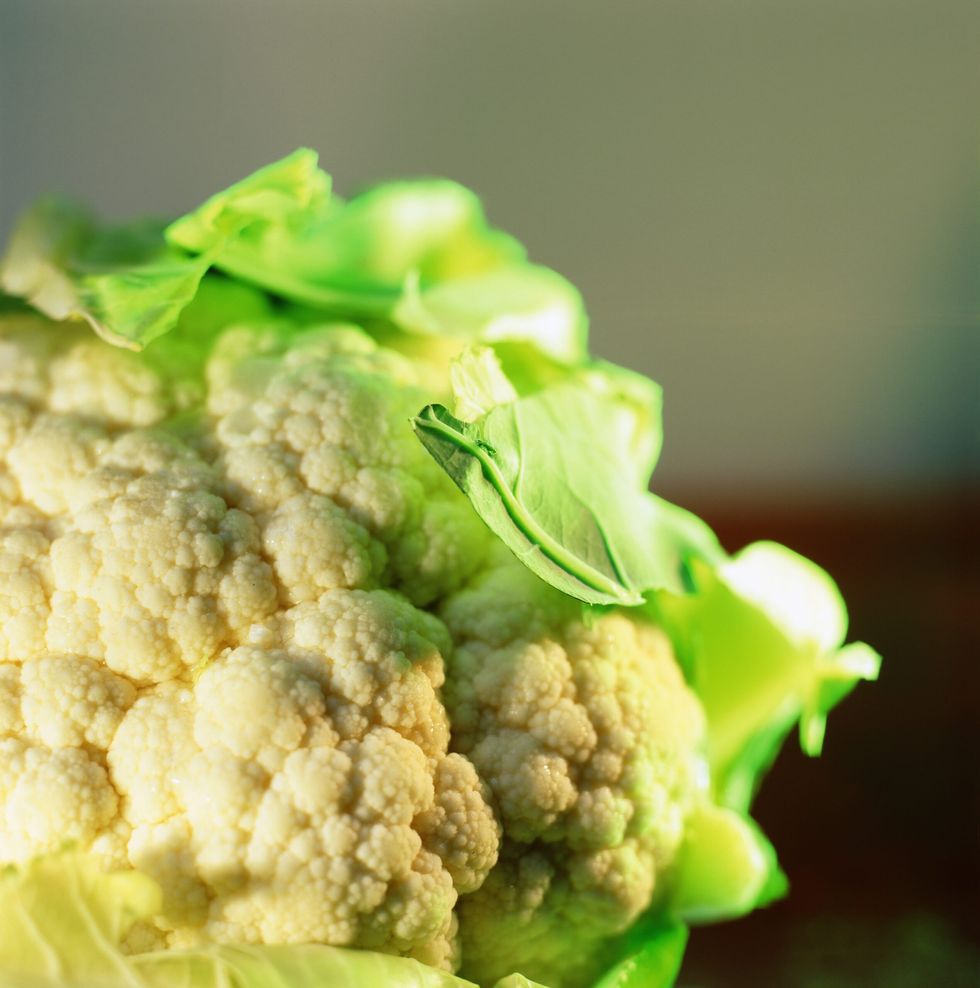 Cauliflower is a vegetable belonging to the Cruciferous family, originally from southern Europe, very common in Italy. It is a perennial herbaceous plant with oblong leaves marked by a large central rib. The edible part consists of the inflorescence (to be consumed when immature), composed of the flower peduncles gathered to form a globular and slightly pointed head. The color can be white (there is a variety called "snowball") or ivory-white or even violet, as in the "Cimoni" or "Violetto di Sicilia" variety.

For the quantities cultivated, Italy ranks fourth in the world and is an exporter of these vegetables, which is why those on the market are all of national production. A fresh cauliflower can be recognized precisely by its color (the more white it is, the fresher it is) and by its consistency: it must be firm and compact, with the inflorescences closed and well adherent to the core and between them, surrounded by green and fleshy leaves. It can reach up to 1.5 kg and is sold by weight, while in other European countries it is sold by the piece.

A good cauliflower must have a compact head and crisp green leaves and there must be no green shoots between the inflorescences. Before using it, it is good to leave it for at least an hour in cold water in order to eliminate insects or sand that can be nested among the florets.

It is usually eaten cooked (better if steamed or just blanched), but if it is of organic origin it can be tasted raw, thinly sliced, in pinzimonio or in salads. Generally, however, it is eaten boiled: it is cooked whole (without the leaves and after making a cross cut on the core), dipping it in water with the flower facing upwards; cooking time is about 45 minutes. To shorten the cooking time (10-15 minutes), you can divide it into florets.

After boiling the cauliflower can be cooked in various ways: au gratin, fried and in pasta sauces. With this vegetable you can also prepare excellent soups and omelettes. The only drawback, which occurs during cooking, is an unpleasant smell; however it can be mitigated by putting a piece of bread soaked in vinegar in the cooking water.