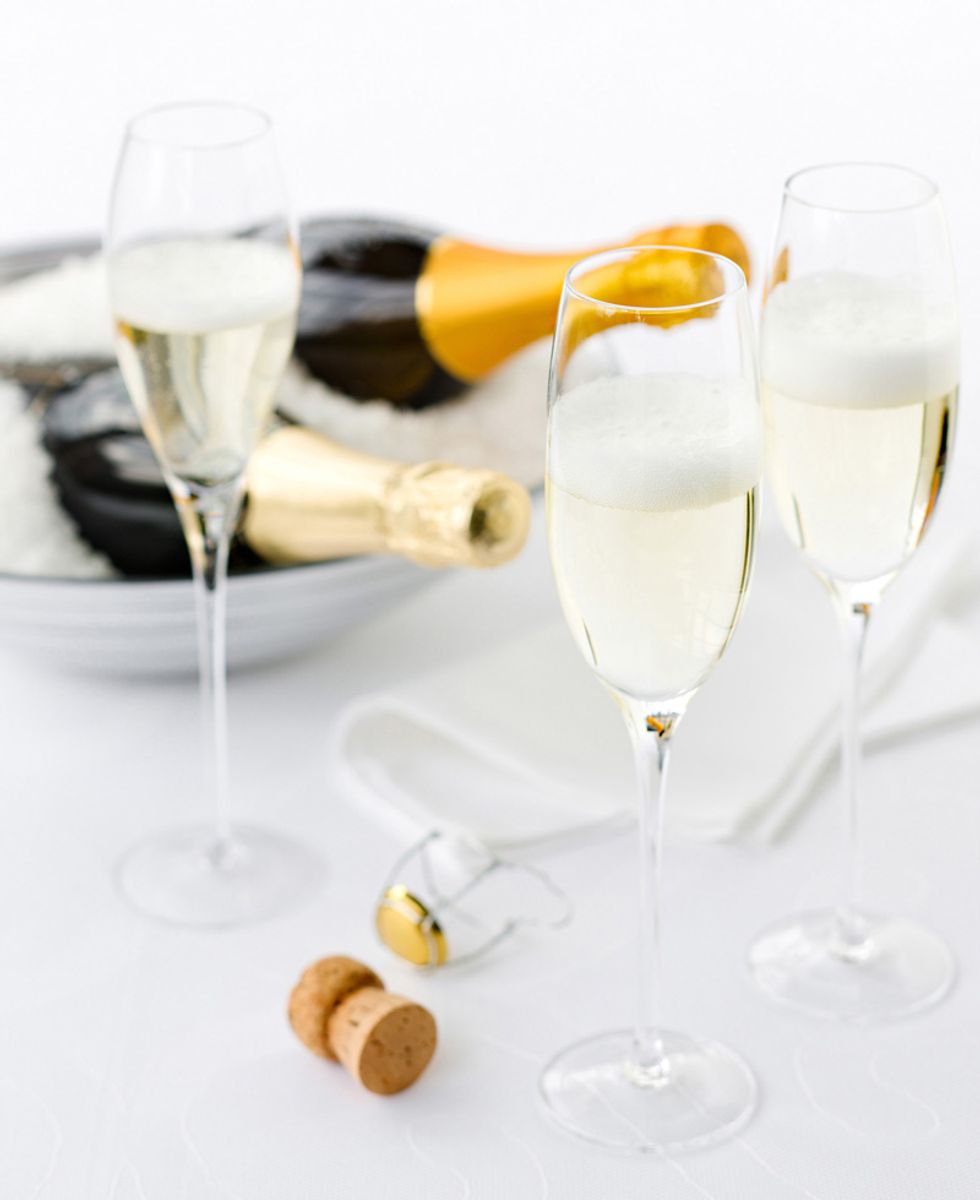 Champagne is a French region that extends east of Paris, west of Lorraine, south of Flanders and north of Burgundy. In this area the natural beauties match the fame of the wines and vineyards that have been growing here for over two thousand years and from which the omonymous wine is made. Champagne is obtained exclusively from Pinot grapes, 80% black, and Chardonnay grapes, almost all white.

After processing and fermentation phases, the formation of cuvées is the third phase. The "chef de cave" tastes the wines of the various vineyards and decides which ones to mix together (the composition of the cuvées is a closely guarded secret by all chefs of de cave). Finally the bottling: a small quantity of "linqueur de tirage" is added to the wine, consisting of sugar dissolved in champagne, which will determine, with the last fermentation in the bottle, the right amount of carbon dioxide.

Champagne should be served chilled, but not frozen. The bottle is then held slightly tilted and the cap is released and held gradually, until it comes out without making a noise.