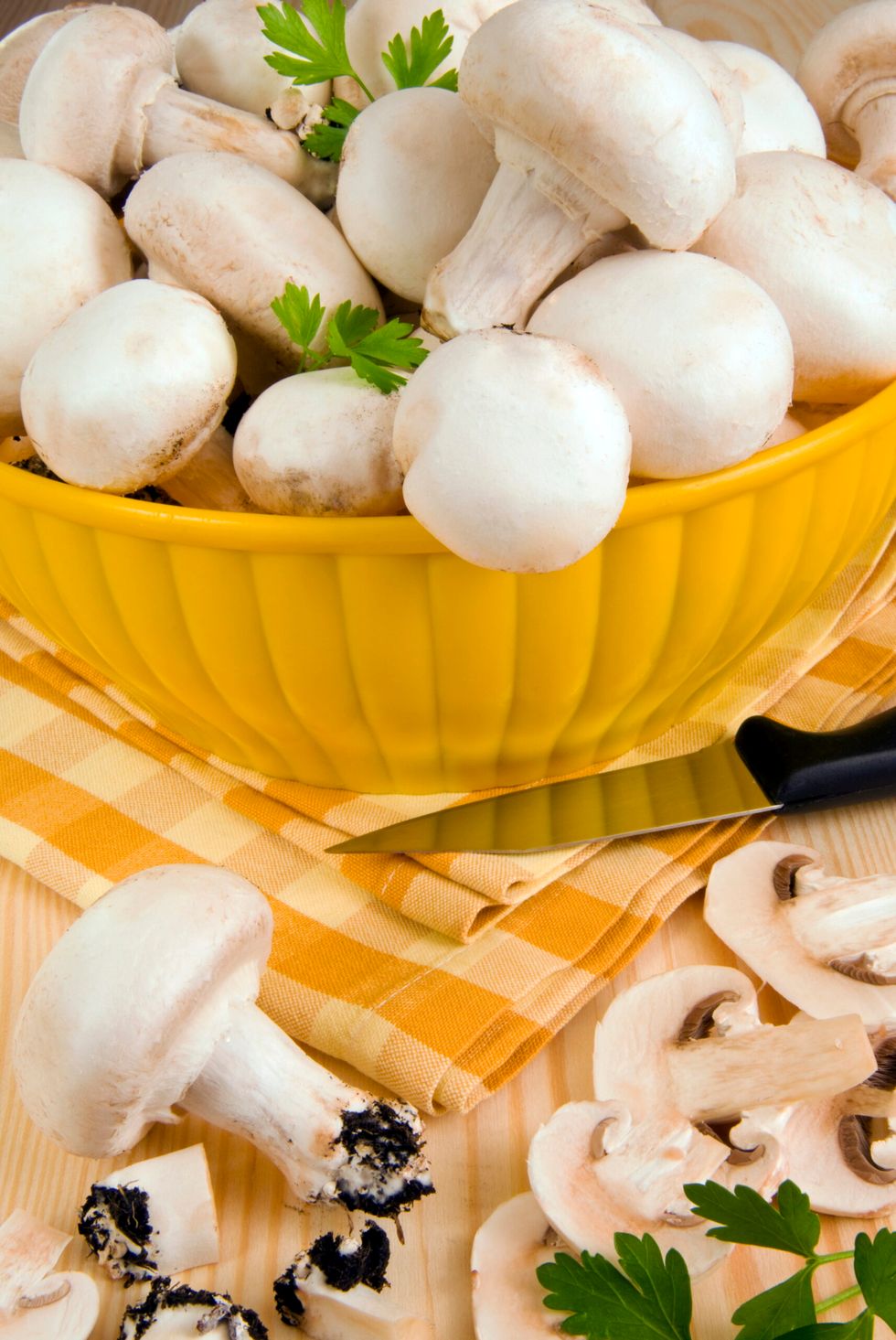 Versatile in the kitchen, not very expensive and available all year round, they are the most common type of cultivated mushrooms. They can be milky white (the most common) or brownish (the so-called "cremini"). In Italy, the development of mushroom growing is traced back to the 1950s, especially in Veneto, still the region where 50% of the national production of cultivated mushrooms is concentrated (about 60,000 tons), of which most (70 %) is destined for the fresh market.

The cultivation of mushrooms is carried out in insulated sheds where optimal conditions are maintained for the growth of mushrooms (temperature, humidity and carbon dioxide). A substrate (usually based on straw, suitably pasteurized) on which the mycelium is sown is placed on a system of overlapping shelves; after 15-18 days the mushrooms are ready for harvesting, necessarily by hand, so as not to ruin them.

These mushrooms lend themselves to numerous preparations, however their flavour is less intense than that perceived in wild mushrooms.To prevent the pulp from darkening after cutting, they must be sprinkled immediately with lemon juice which avoids the oxidation process. The mushrooms can be eaten raw in salads, sautéed, fried, in risottos and sauces accompanying meat dishes.

At the market they are packaged, either whole or already cleaned and sliced. Mushrooms can be stored in the fridge for 3-4 days starting from the packaging date on the label.