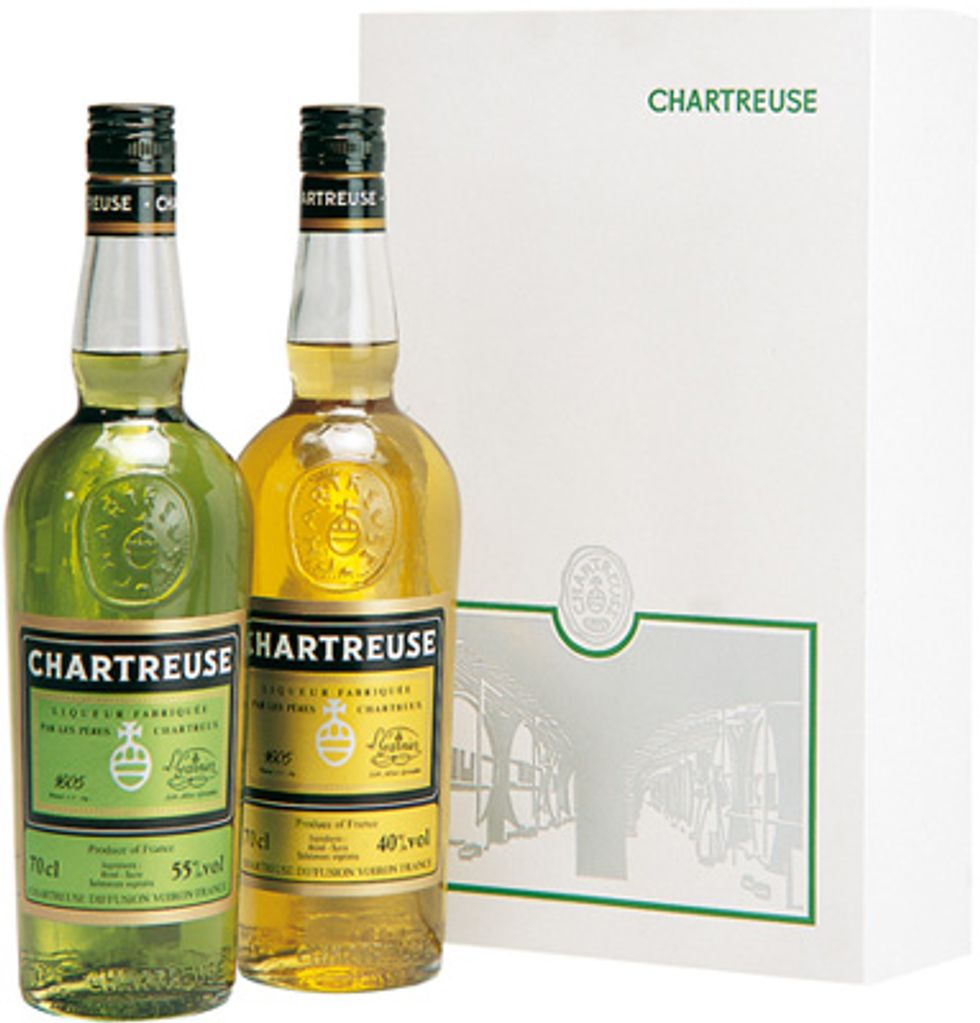 La Chartreuse is a French herbal liqueur, either of a yellow or green color. It seems that its formula, which remained secret for many years, was invented by an alchemist and that this plant extract had even acquired the reputation of an elixir of life.

Many years after its birth, the Chartreuse recipe was discovered by the Marshal of Estrées, who lived in the time of Frederick the Great of Prussia and donated it to the monks of the Grande-Chartreuse monastery. Since then, these monks have been making the liqueur. Furthermore, La Chartreuse would even have worked miracles during a cholera epidemic.

The secret formula was revealed (but not entirely) in the mid-18th century: it seems to have been composed of 130 different herbs and spices, including angelica, lemon balm, ginger, cinnamon, cloves, allspice, nutmeg, etc. The alcoholic base of the liqueur is based on wine brandy; its content is about 50-55°. Instead the lighter yellow Chartreuse (43°) was created in 1840.

In the great French cuisine chartreuse also indicates a type of preparation made with braised vegetables, in particular cabbage, and meat or game, placed in a dome mold in various layers alternating the colors of the ingredients. Everything is then cooked in bain-marie, turned out and served hot.