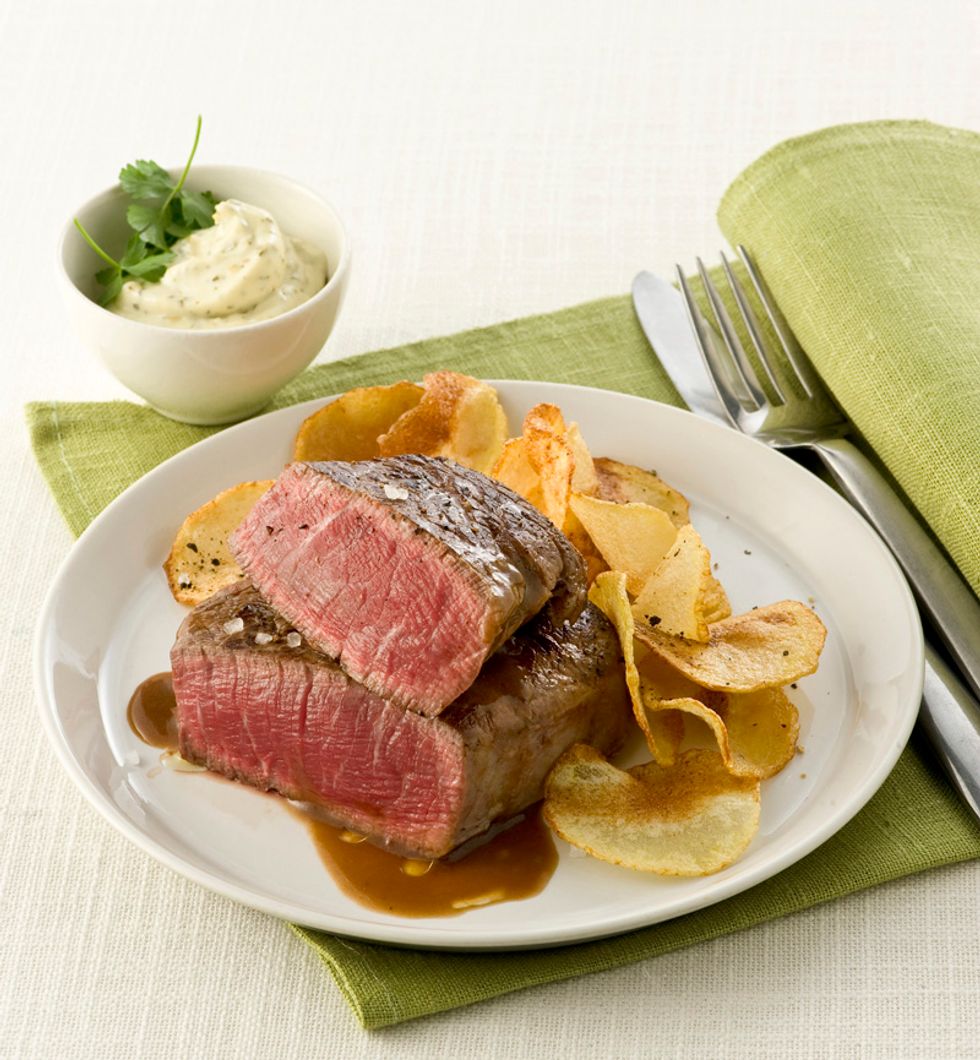 Chateaubriand is a French term that indicates a slice of meat about 3-4 cm high obtained from the central part of the beef fillet.

There are two versions on the origin of this name: one claims that the preparation was created by Montmirail, chef of Chateaubriand and famous French writer of the early nineteenth century; while according to the second version the name derives from the meat of a particular cattle that was bred around the city of Chateaubriant in the Loire area.

Chateaubriand normally weighs around 350g and is enough for 2 people. This type of meat is usually grilled or stir-fried and served with a hot emulsified sauce such as béarnaise or Dutch.