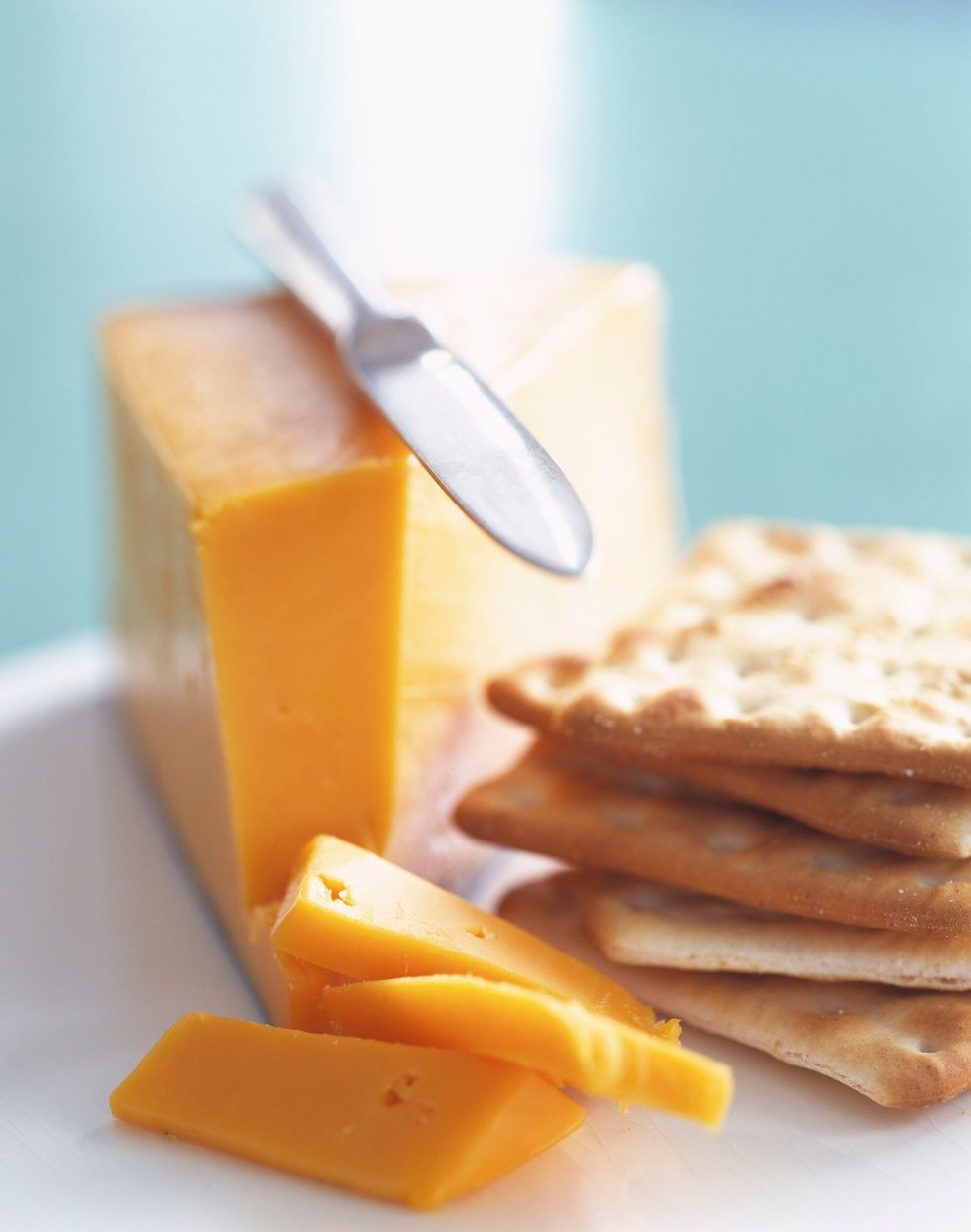 Cheddar is a cheese of English origin (now produced all over the world), in fact it is probably the best known cheese born in Great Britain, specifically in the homonymous city, located in the county of Somerset. Cheddar is produced with cow's milk in large cylindrical shapes that can reach up to 30 kilos.

Its rind is clear, while the dough is semi-cooked and pressed, rather consistent and ivory white in color. When fresh, this cheese has a light nutty taste, but if the cheese is seasoned (which can be up to a year), it becomes spicier. This cheese is also produced in the United States, however it differs from the original for the red color of the paste and the rind. Cheddar is widely used in cooking, especially in au gratin recipes.