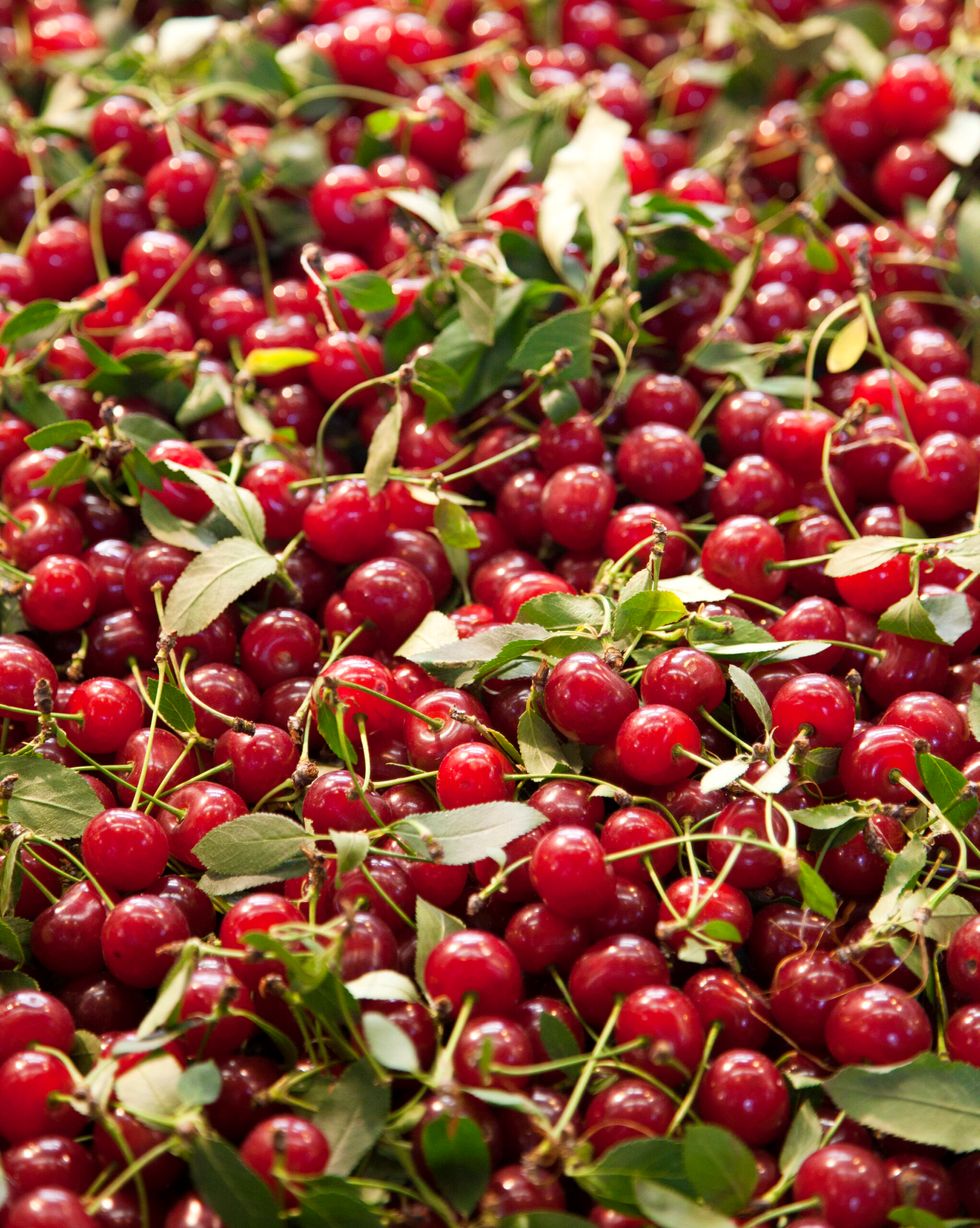 Cherry, the fruit of the cherry tree, is a very ancient plant (it seems to date back to the 7th and 6th centuries BC) originally from the area between the Caspian Sea and Anatolia. Cherry stones have in fact been found in some remains of lake dwellings of prehistoric people.

There are two types of cherry: the sweet one, "Prunus avium", which takes its name from avis (birds in Latin,) because these in their migrations carried cherry seeds across Asia Minor and Europe. The second type is the sour cherry, the so called 'Prunus cerasus'.

Among the first type, sweet cherries are divided into two main groups: the first one is duracine or calluses, which has a color ranging from pale pink to deep red as well as firm and juicy pulp. The second one is the tenerine or juliane, which is generally dark red in color, soft and juicy. Among the best varieties of sweet cherries we will mention the famous Vignola durone, almost black in color.

Instead the Prunus cerasus is divided into three groups: black cherries, sour cherries (with blood red pulp, sour taste but higher sugar level) and finally cherries with a bright red color and a wonderful aroma.

Cherries appear on the market towards the end of May and are sold until late July. Used above all as a fresh fruit, the cherry is also used in pastry-making for cakes, pies, clafoutis, tartlets, spoon desserts, ice creams and sorbets. It is preserved candied, in syrup, in alcohol, in jams and liqueurs.