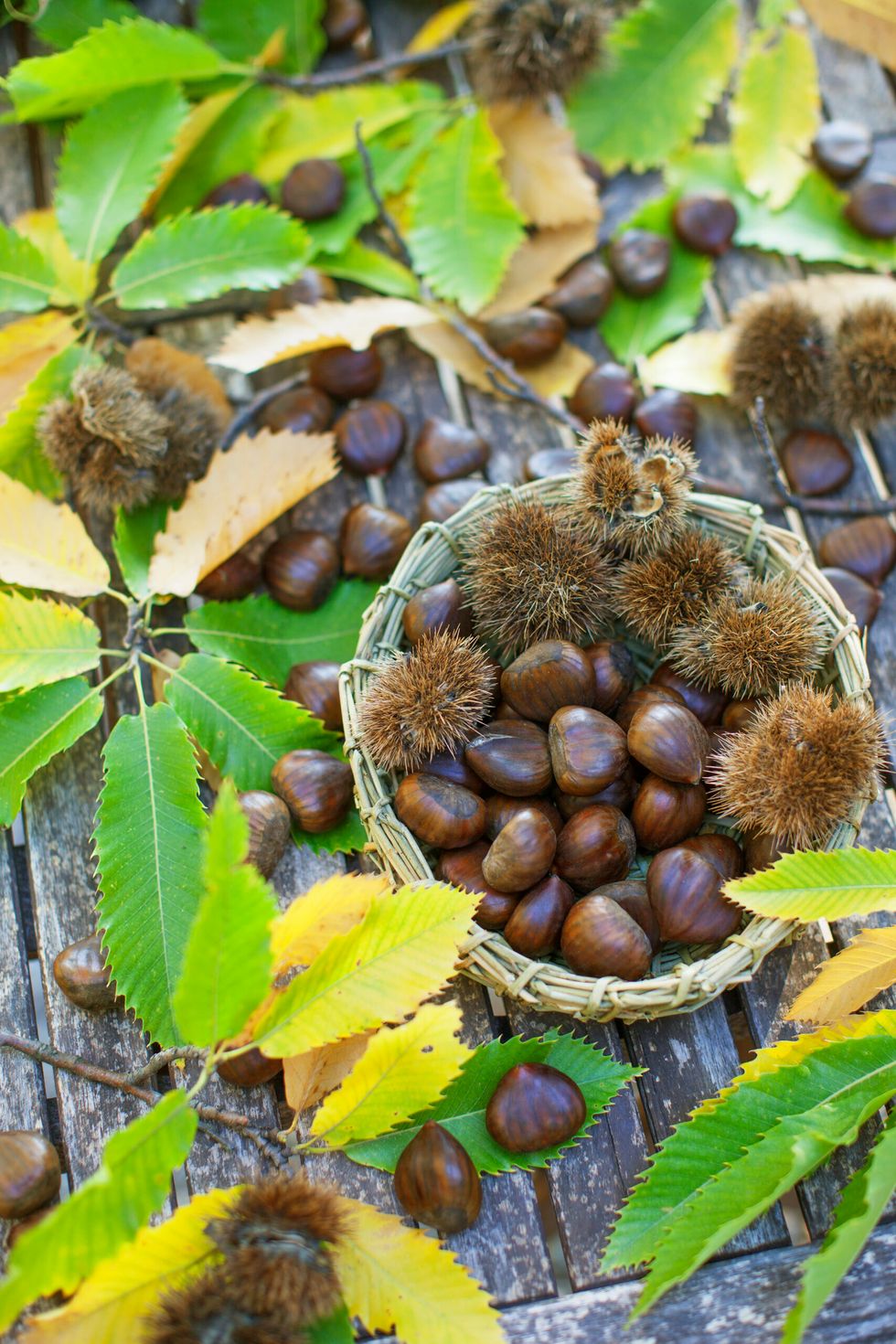 Chestnut is the fruit of the chestnut tree contained in a hedgehog, which opens spontaneously at the moment of ripening (between October and November). There are many varieties of chestnuts which, however, can be traced back to two large groups: the so-called domestic chestnuts and marroni. Both have a rather hard brown skin, an internal film that adheres well to the fruit and a rather consistent pulp which, once cooked, becomes floury. The two varieties of chestnut have many differences: the marroni are larger, heart-shaped and have a brown skin characterized by evident streaks; moreover, the inner film does not adhere completely to the fruit, so it comes off more easily when the chestnut is cooked. On the other hand, domestic chestnuts are smaller and have a more uniform brown skin.

There are numerous possible preparations: from simple peasant soups to sumptuous Montebianco, from roasted chestnuts to marrons glacés, from castagnaccio to meat and game dishes. On the market there are also dried chestnuts as well as smoked ones (strung in long necklaces) and the chestnut flour, with the latter it is possible to make sweets, soups and even a soft polenta.