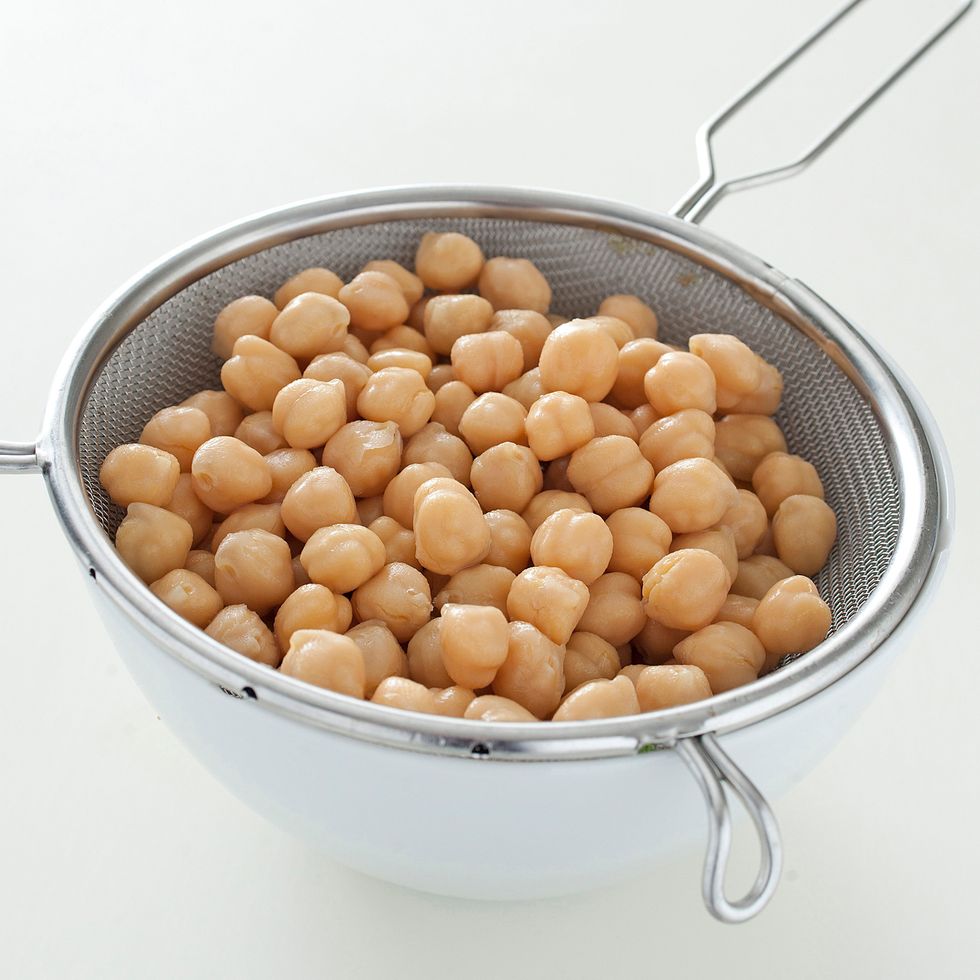 Chickpea is the fruit of a legume, enclosed in a small pod, which contains 2-3 seeds. Originally from the Mediterranean basin, this legume was already known in Roman times with the name of «cicer». The chickpea is rounded, quite hard, hazelnut in color and is consumed only dried. Chickpeas are the seeds of the third most cultivated leguminous plant in the world, after soy and bean. They have a high energy value, good protein content and low fat intake.

There are many varieties, different in color, size and surface, which can be smooth or velvety, wavy or regular. On the market chickpeas can be found dried, already boiled in boxes or transformed into flour. When buying buckets, you must check that they do not have fractures or holes. The world's largest producers are Turkey, Mexico, India and Canada; in Italy they are grown mainly in the Center-South.

Before use, it should be left to soak for a long time, then boiled for at least a couple of hours. It is used in the preparation of soups and is excellent as a side dish for meats, especially pork. Moreover, from the chickpeas a flour is obtained with which focaccias are prepared.

How to cook and store chickpeas

Dried chickpeas can be kept in a dark and cool place. Before cooking, they must be soaked for 12 hours in lukewarm water in a cool place to avoid fermentation. After soaking, they cook in 2 hours in the traditional pot and in 45 minutes in the pressure cooker. Salt should be added only when almost cooked, because it tends to harden the skin of the legume. Once cooked, the chickpeas can be kept in the fridge for 5 days. You can also freeze them in the freezer for about 3 months.