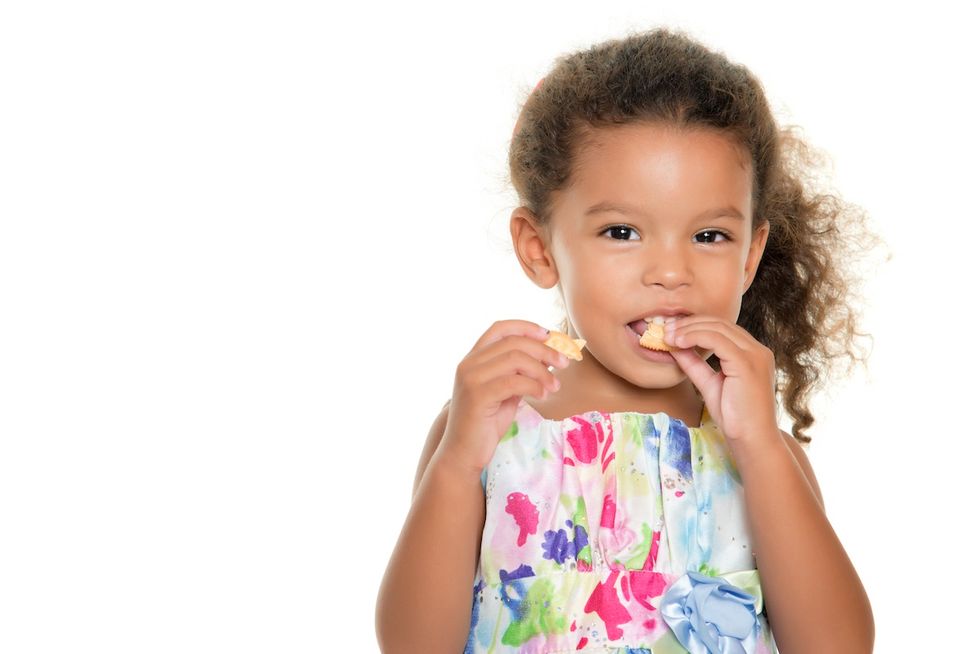 Packaged snacks. Just the word to evoke overweight children and flab and pimples. Much better grandma's pie, they say, or a nice salami sandwich. But is it really so? Journey into the world of snacks, which is changing day by day.

Packaged snacks are practical because they are ready-made, hygienic because they are single-serve industrial products, and they are popular because children usually like them. Many families buy them for their children for breakfast, a lunch break at school or an afternoon break. A good or bad habit? To find out, let's take a closer look at this product.

What are they. The packaged "snacks" are divided into 3 product categories: with sponge cake, brioche type and shortcrust pastry. In addition there are the fresh counter snacks, consisting of a part cooked in the oven and a filling with a short shelf life. Within these types, additions and variations abound: creams and jams, cocoa, hazelnuts etc. Chocolate bars, crisps and more are not "snacks" but fall into the "snacks" category and are generally richer in sugar, fat and calories.

How many calories. The simplest snacks provide about 100-120 kcal per piece, the richest (shortcrust pastry and stuffed brioche) up to 200-250. A "good" snack should cover 6-7 percent of the amount of daily energy needed by children and young people, so not to exceed 200 kcal. The nutritional label, where calories, fats, carbohydrates, proteins and salt are indicated, will be mandatory for all food products starting from 13 December 2016; Fortunately, it has already been present on most snacks since 2007 on the voluntary initiative of the manufacturers. So by reading it you can have all the useful information.

What do they contain. Typically there are flour, eggs (fresh pasteurized or powdered), sugar, fresh or powdered milk, jam, cocoa, oil, butter or other fats. The industries belonging to Aidepi (the Confindustria Association that brings together many Pasta and Dessert companies, including Ferrero, Mulino Bianco, Bauli, Galbusera, Colussi, Vicenzi and others) with a press release dated May 2016) have committed to completely eliminate palm oil from their products. Trans fats have also been banned from most snacks. Preservatives are also almost always absent, while other additives such as antioxidants (ascorbic acid), emulsifiers (mono and diglycerides of fatty acids), thickeners (agar-agar or soy lecithin) and raising agents are present.

In general, snacks contain mainly carbohydrates (given by flour), which provide slow-release energy, simple sugars, which "wake up", a small amount of protein (given by milk and eggs) and a variable amount of fat.

How they have changed. In general, the market meets the demands of consumers, who are increasingly informed and attentive to health. Today's snacks are smaller, less fat, sweet and "messy" than those of, for example, ten years ago, while wholemeal flour and different cereals, organic ingredients, dried and dehydrated fruit have appeared. During the Expo that has just ended, the Minister of Health Beatrice Lorenzin and Aidepi signed a memorandum of understanding for the improvement of the nutritional characteristics of food products, especially dedicated to children between 3 and 12 years of age, with specific objectives for 2017. Since 2008 the Aidepi member companies have adopted a self-regulation code and are committed to reducing salt, sugars and fats in the various products. For example, the sodium content in breakfast cereals has decreased by 33% from 2008 to today and the goal is to reach - 56% by 2017. Same goes for the fibers in biscuits (increased by 75%). The snacks are now 20% smaller and the goal for 2017 is to reach just 170 calories per serving.

A revolution in the making. In short, today's snacks are no longer what they used to be or rather, perhaps it would be more correct to say that they are returning to those of the past, those of the grandmother to be clear or something very similar in intent and perhaps even in facts. The confectionery sector is in fact investing in innovation to seduce children, adults and millennials, focusing on the health, high quality, organic and ethical trend. The definition of “grandmother's dessert" marks the emotional bond that pierces the hearts of consumers, who obviously are not only children and adolescents, but also 21 million adults. This is what emerges from an analysis (sources Doxa / Iri) by Aidepi, an association of the sweet and pasta industries, which traces the strengths of a sector that is revolutionizing and reinventing itself every day in the name of health.

157821 Concrete examples. An example for everyone? The Barilla plant in Cremona, a plant at the forefront of sustainability and very eco-friendly, which produces 1.5 million snacks every day, at the forefront of innovation and nutritional reformulation. Eight lines, all dedicated to baked products: breads, cakes, snacks, natural leavened snacks and steamed products. And in eight years a record represented by the reductions of about 200 tons of salt, 400 tons of total fat and 600 tons of saturated fat. The flagship of the brand and case histories that speak for themselves are the Mooncake Pan di Stelle and the croissants of Mulino Bianco, which sink their ratio into the Italian tradition and are the grandchildren of donuts, pies and margherita cakes.

157823 Barilla's Pan di Stelle Mooncake has gone further and recovered the confectionery craftsmanship of the Japanese tradition. In the Land of the Rising Sun, in fact, the Mooncake is so deeply rooted in gastronomic culture that, in the autumn season, it even dedicates an important Festival to it. While Mulino Bianco croissants are made with mother yeast, fresh eggs from free-range hens and with 100% Italian fruit. But above all they are made with freshly prepared creams just before filling thanks to an innovative pasteurization method that avoids the use of preservative additives.

The tradition of the salami sandwich. According to a recent survey conducted by Clai (a cured meats company) with the EuromediaResearch research institute, 79 percent of Italian families prefer to give their children a salami sandwich rather than a packaged snack. A tasty tradition that has never gone out of fashion, but not necessarily healthy, because a small sandwich with 50 g of salami provides an average of 350 calories and a considerable fat content. To stay in the "classic", 4 packaged biscuits (one serving) provide an average of 200 calories, little protein and, in the case of shortbread, a lot of fat.

How to behave. The snacks of today should not be demonized. It is important to choose the simplest type and always check the label. The serving should be small (60-80g) and provide 100-150 calories; the list of ingredients must be short, exclude trans or non-quality fats and include few additives. Finally, alternate snacks with other sources of nutrients, both during breakfast and during the actual snack: milk and corn flakes, milk and biscuits, bread with cheeses or lean salami and then fruit at will. In the case of supergolious children, it is better to avoid too many restrictions but increase physical activity: 1 hour a day of "movement" - even playing, running, walking - and 2/3 times a week of real "sporting activity".