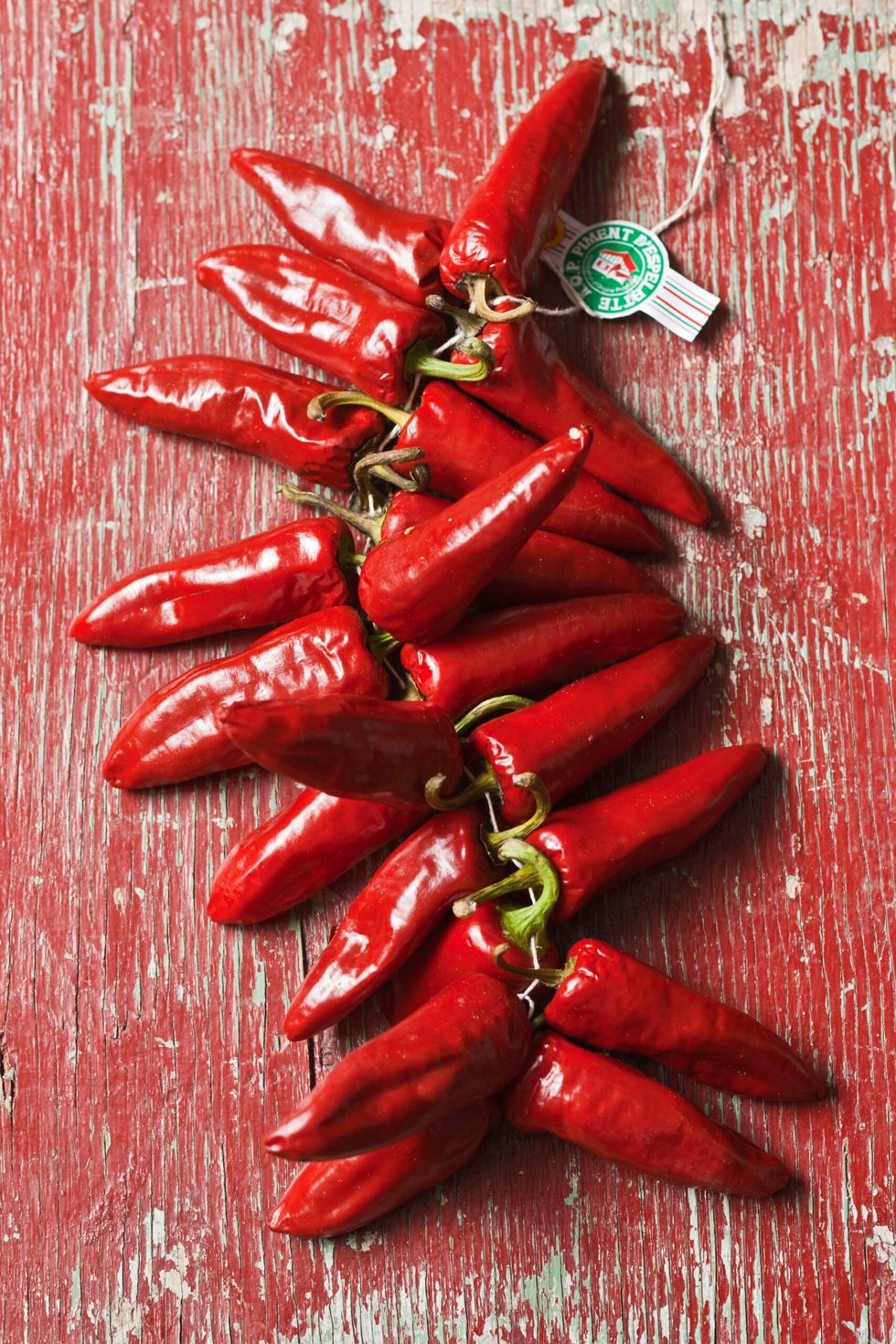 Chilli is a herbaceous plant, similar to pepper, also called capsicum. It contains, in much higher quantities than the sweet pepper, a substance called capsicin which gives it a spicy taste.

Its berries, green, yellow or red, according to the degree of ripeness, have an elongated, conical or cigarette shape; however, there are also roundish berries. Inside the chilli there are small flat yellow seeds, where the greatest content of capsicin is found.

Chillies can be eaten both fresh and dried, in the latter case they are much spicier and essentially used to flavour sauces, stewed dishes, etc. The small-sized peppers (no more than 2 cm in length) are also known by the name of diavolilli or diavolicchi and are used in the preparation of sauces, such as tabasco, harissa and chili.