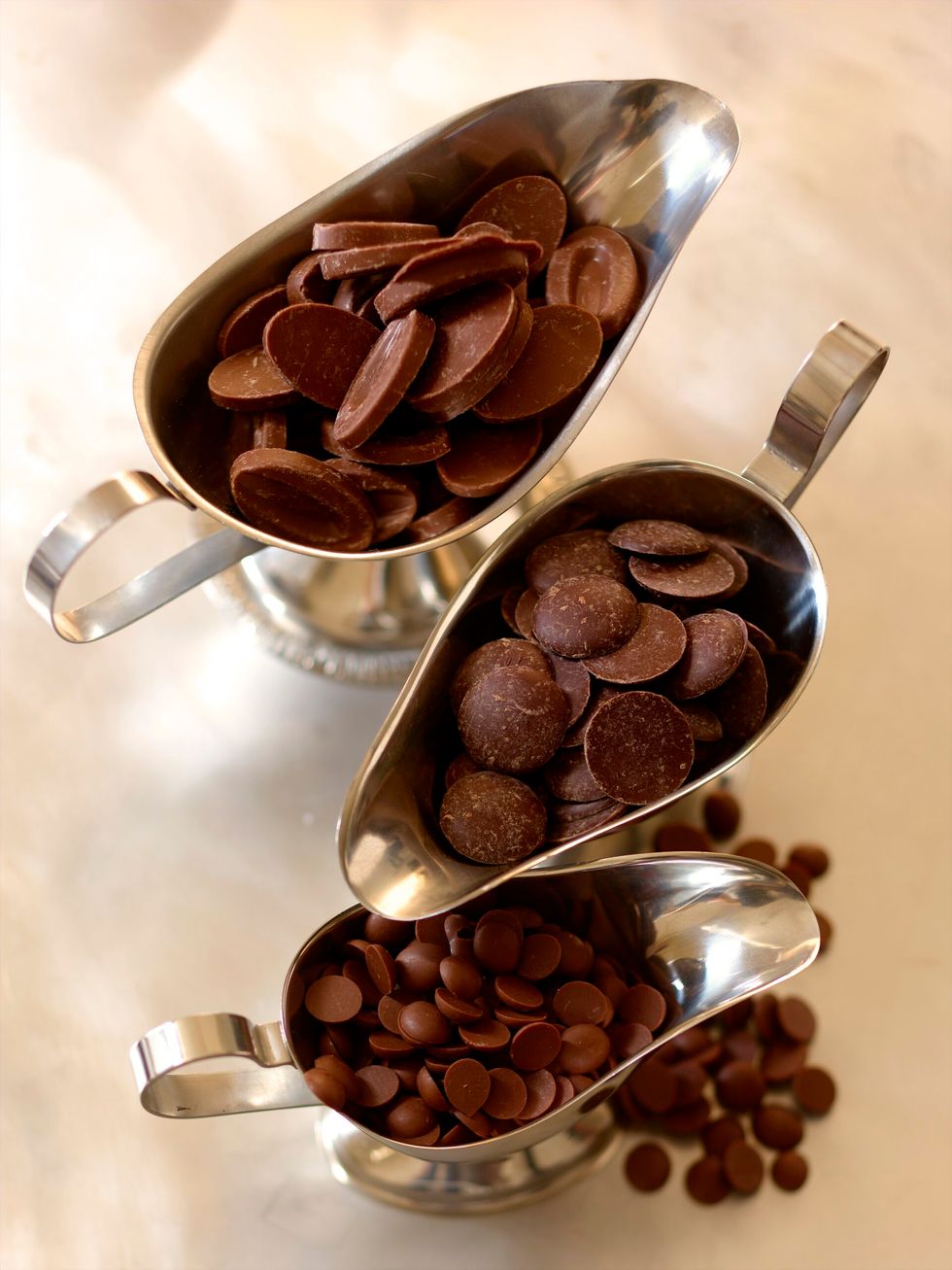 Chocolate is a product that derives from a mixture of cocoa, sugar and cocoa butter. Different ingredients can then be added to this compound, such as almonds, hazelnuts, candied fruit or raisins.

The processing of chocolate begins with the transformation of the cocoa beans into a semi-dense paste of a reddish brown color, by means of a grinding phase. With a subsequent and long process called conching, the cocoa mixture is transformed into a smooth and homogeneous paste. In this way the so-called dark chocolate was born, which the law has divided into various types, depending on the percentage of cocoa it contains.

Then there is milk chocolate for which concentrated or powdered milk is added to the basic composition of the dark chocolate. Chocolate called couverture, widely used in confectionery and in the preparation of homemade sweets and desserts, is instead a dark chocolate to which a greater percentage of cocoa butter has been added, so to make it more easily soluble. Another type is white chocolate, made with cocoa butter, almonds and sugar. Gianduia, on the other hand, is a type of chocolate in which milk has been replaced by a very fine cream prepared with toasted hazelnuts.