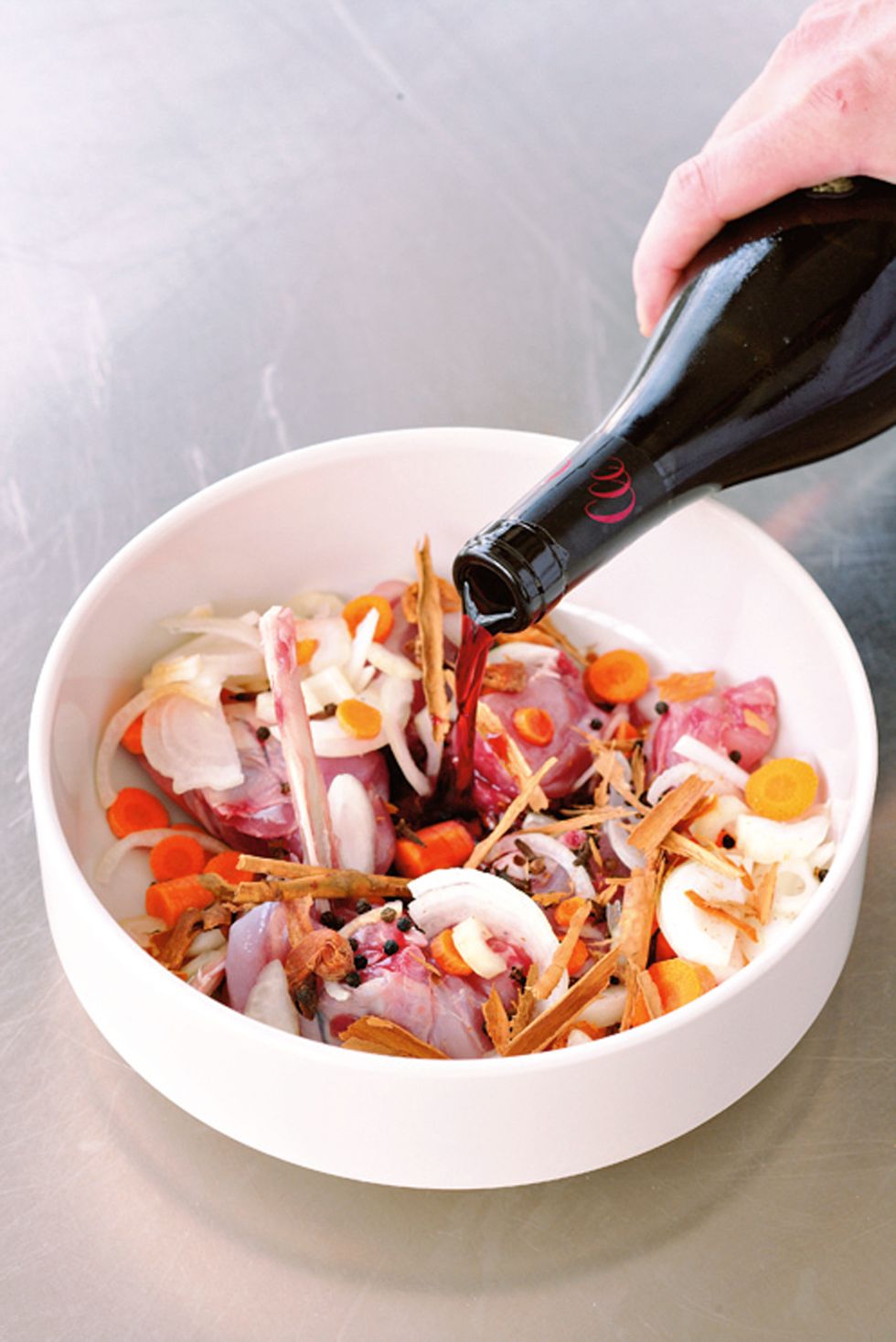 Civet is a French term indicating a preparation based on game (hare, fallow deer, roe deer, etc.) cooked with red wine; at the end, the blood of the animal is added, giving the dish a certain greasiness as well as reddish color. The definition comes from "cive", the ancient name of the onion, which represents a basic ingredient for both the sautéed and the marinade. There are different versions of the civet, which is very similar to salmì, depending on the territory. The best known civet is that of hare.