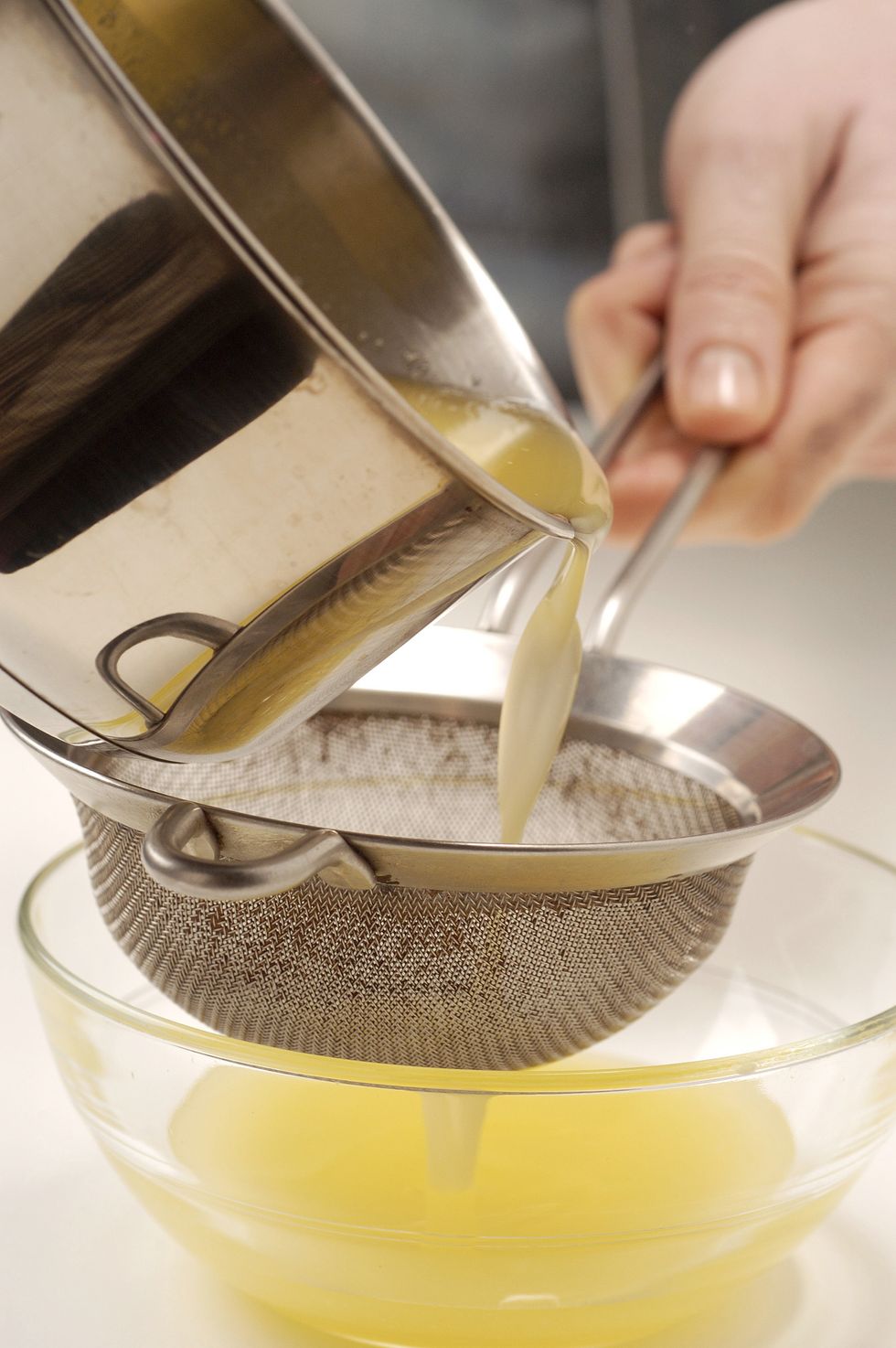 Clarifying is a term that defines the operation of making a cloudy liquid clear. For example, a broth, a drink, but also melted butter. To clarify the broth, after having filtered it and deprived of meat and vegetables, some beaten egg white is added (possibly even a little lean beef); then it is cooked for about 40 minutes. Once the egg white becomes thicker, it will absorb all the impurities of the broth which is then filtered again with a very thick gauze. To clarify the butter (that is, to remove most of the water and casein ),this is cooked in a bain-marie, without ever boiling, for about 30 minutes. During this very slow cooking, a white-hazelnut substance must be released on the bottom of the container which will be eliminated by filtering the butter through a very thick gauze or strainer. The result is a rather oily liquid, straw-colored, which can also be used for frying at high temperatures. Clarified butter can be stored in airtight jars in the fridge.