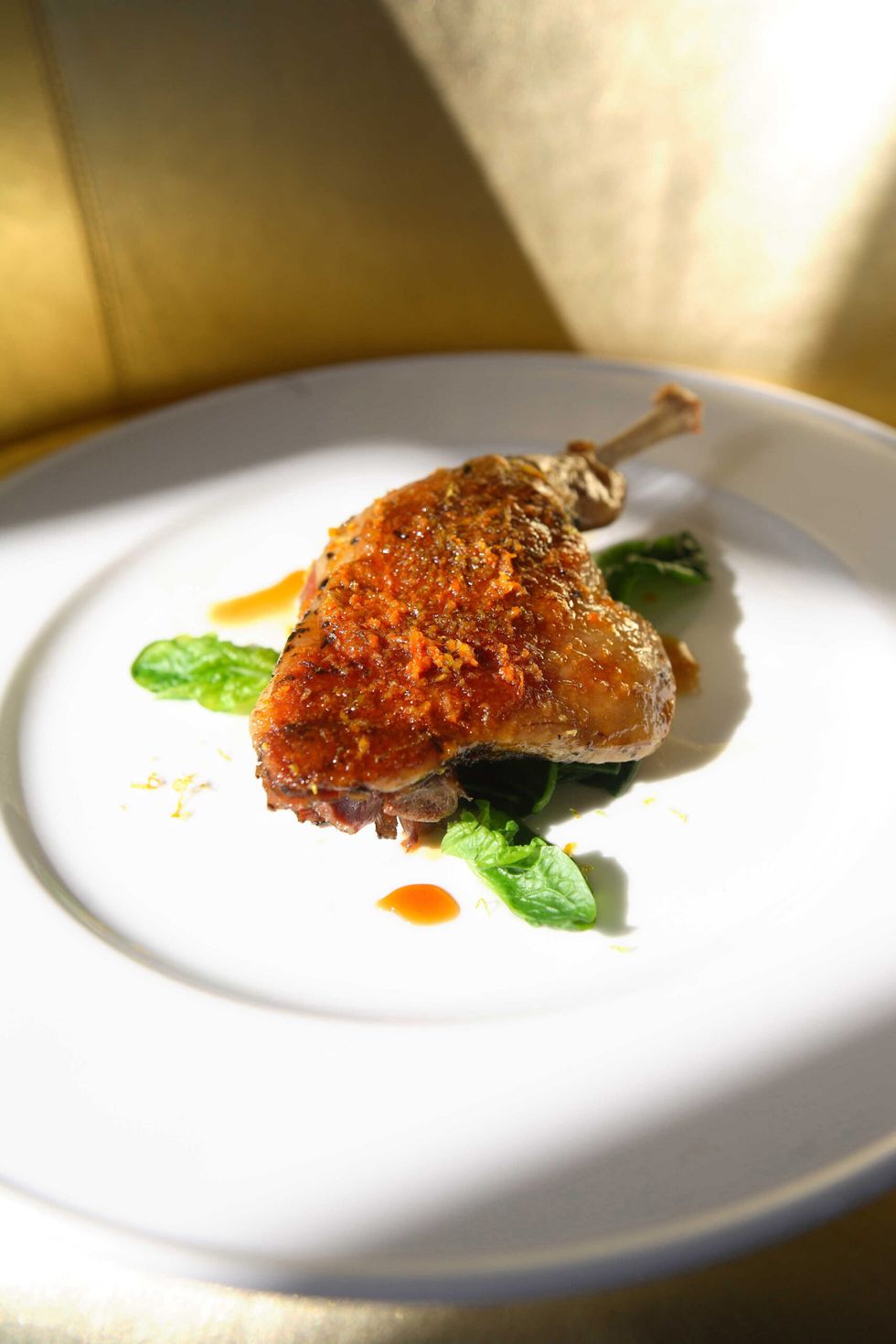 Confit is a French term referring to a preparation based on meat or poultry (usually goose cooked for a long time and preserved with its cooking fat). Confit is one of the oldest forms of food preservation used, above all, in the provinces of southwestern France. The meat or pieces of birds are cooked with their fat, flavoured with various aromas and spices and then placed in tightly closed clay jars.It can also be eaten after a long time and is generally served hot, accompanied by mushrooms, or potatoes and peas sauteed in butter, braised cabbage, but it can also be eaten cold, after having well defatted it, preparing it in a salad with the addition of cabbage raw hood. The most famous confit in France is the one cooked with Toulouse goose which seems the most suitable for this type of preparation, while, due to its slightly too firm meat, it is certainly less suitable for roasting.