What is lecithin? Is it good or bad? 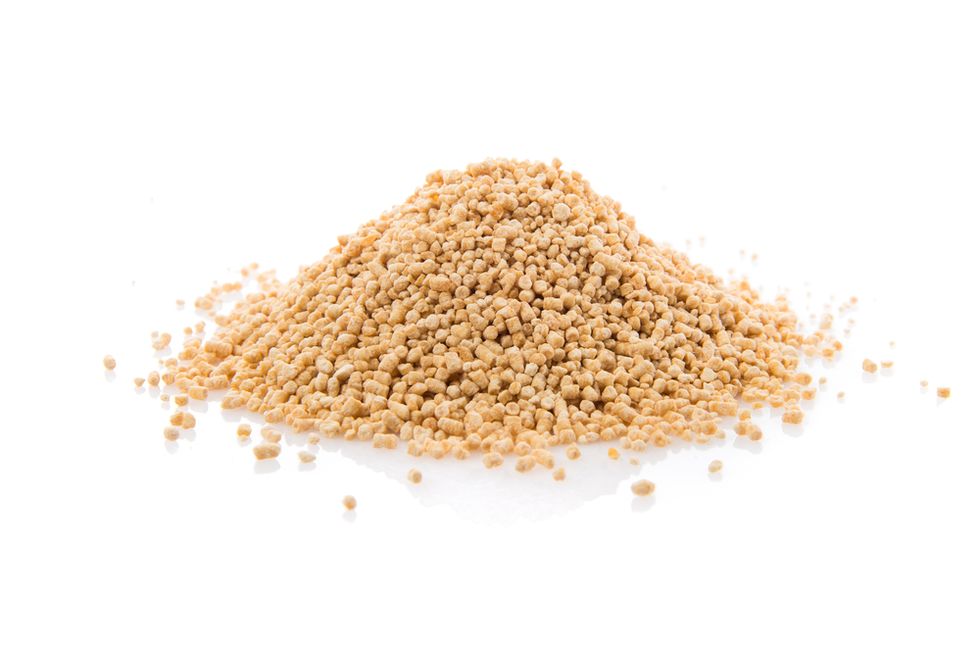 It has many health properties, primarily lowers cholesterol. But also potentially heavy contraindications, with the shadow of GMOs and the flaw of being a highly industrially processed product. Discovering soy lecithin.

It is mainly obtained from soybeans, the most meat-like legume there is. In theory it does a lot more good than harm. Practically? Controversial, just as soy sauce is.

Lecithin is a mixture of phospholipids present in all plant and animal cells. The one extracted from soy is the most used in the food industry, mainly for its function as a natural emulsifier of fats (that is, it has the ability to hold together aqueous substances and fatty substances, which are normally not mixable). It is omnipresent for example in ice creams, homogenized milk and sauces such as mayonnaise. It is also used a lot in the cosmetic and pharmaceutical industry in the preparation, balms and ointments.

In terms of health, its main property is to fight excess cholesterol (here the other elements in the diet that help increase 'good' cholesterol and keep 'bad' at bay). Lecithin, in fact, prevents the cholesterol present in the blood from depositing in the arteries and cleans the vessels of the fats that have deposited there. And soy lecithin, in this sense, is particularly effective: it is present in soy beans and also in soy oil, when cold pressed. Although to a much lesser extent than in soybeans, it is also found in egg yolk first and foremost, in walnuts, and then yeast, vegetable oils, legumes such as lentils and peas, cauliflower, cereals and in particular in rice and germ of wheat, calf liver and milk.

Its properties do not end there: lecithin improves the body metabolism and promotes the digestion of fats. It strengthens the antioxidant action of some vitamins, in particular A and E - for this reason, at an industrial level, it is also appreciated because it blocks the rancidity of fats. It is rich in omega-3, omega-6 and minerals such as iron, calcium and phosphorus. Recent studies also indicate it as potentially beneficial in the field of Alzheimer's, since the choline contained in it promotes brain function and improves memory abilities. Finally, it has a restorative action, it is good for the liver and the nervous system. With all these fantastic properties, what contraindications could it ever have?

Well, first of all the infamous GMOs: if the data say that at least 80% of the world's soy is genetically modified, experts argue that now in reality we can no longer speak of non-GMO soy on planet Earth, therefore including countries like the 'Italy, where in theory it shouldn't be. With all the problems that GMOs entail.

Second but not secondary: lecithin is obtained through a highly industrial process, and as we know foods and ingredients, the more industrially processed they are, the less genuine and healthy they are. For example, it has been shown that in highly processed food the antioxidant action is lost and Omega-3s are lost. Furthermore, doubts about the carcinogenic (but also mutagenic, ie DNA damage, and other) potential of substances such as lecithin are not yet cleared. Which is obtained from soy by mechanical extraction or chemical extraction, using substances such as hexane (a solvent); acetone, petroleum ether, ethanol, benzene, as well as hydrogen peroxide to whiten it. This neither proves nor means that it is toxic in itself, but it certainly is not a fruit just picked from a tree growing in a biodynamic orchard ...