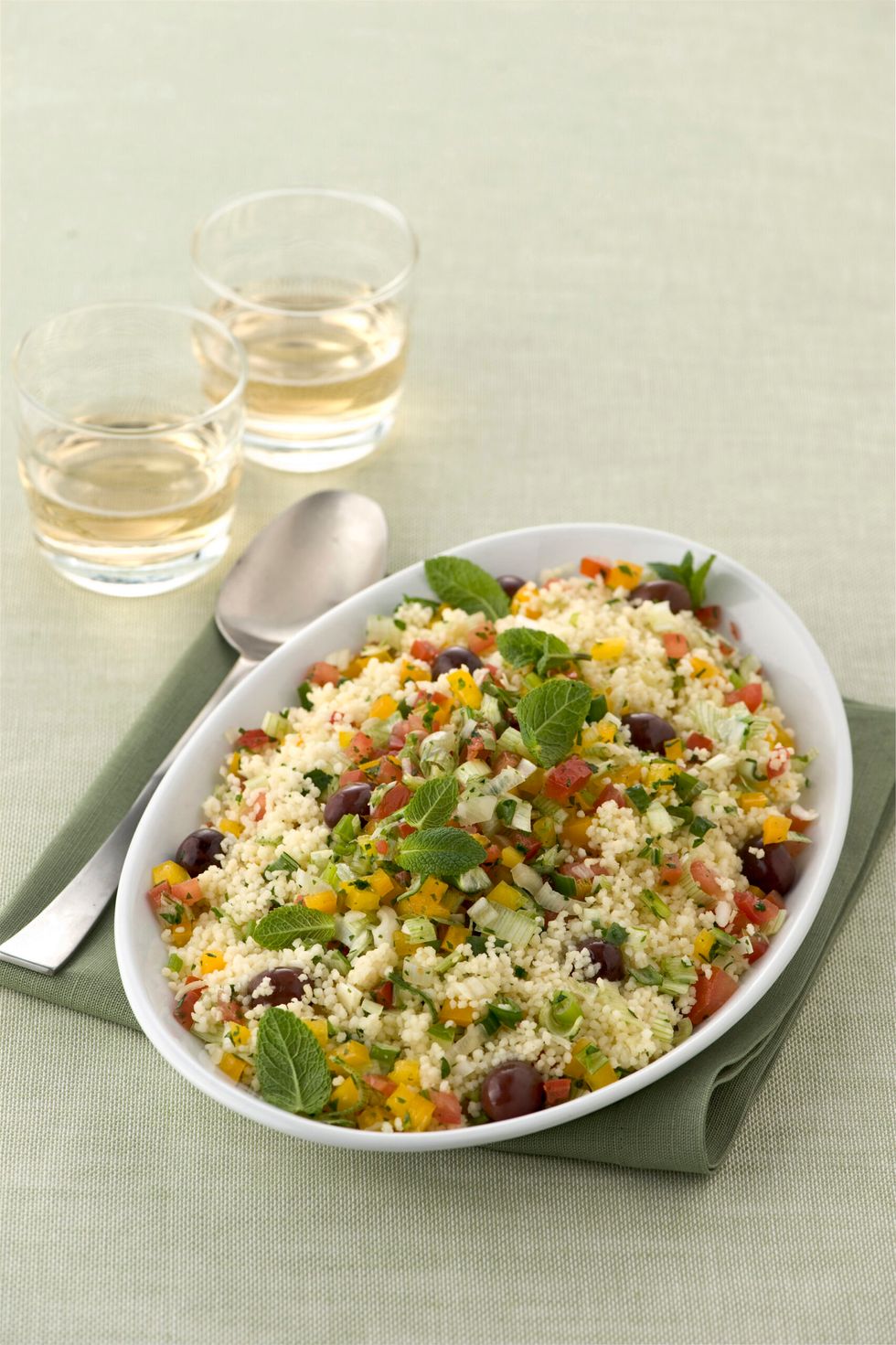 Couscous is a traditional North African dish based on durum wheat semolina to which various types of ingredients are added. The origin of the word is still uncertain: it seems to derive from the Berber «kouskous» but it could be also the phonetic evolution of «koskos» or «koskosou», a term that in various North African regions designates the cooking vessel of semolina. This tool, completely perforated, is placed on a pot containing boiling water; the semolina is placed inside and then steamed.

Couscous is the national dish of three North African countries: Tunisia, Morocco and Algeria. In the latter country, couscous with vegetables and legumes is widespread (the most typical are chickpeas). In Tunisia, classic couscous is made with mutton and also rabbit, and finally in Morocco chicken couscous and a sweet cinnamon-flavored "version" are prepared. Whatever the type of couscous, the most important thing is the processing of the semolina. The classic procedure consists in putting the semolina in a large container and sprinkling it with salted water; then it is worked with a rotary movement so that the flour slowly becomes soaked in water and swells, forming small lumps. Afterwards, the dough is kneaded until the lumps are well separated and submitted to steam cooking, which requires the appropriate container (called couscous pot) or a perforated basket over a pot with vegetable broth. This broth will then be served together with the semolina and the moist that will accompany it. Couscous can also be found pre-cooked in the supermarket.