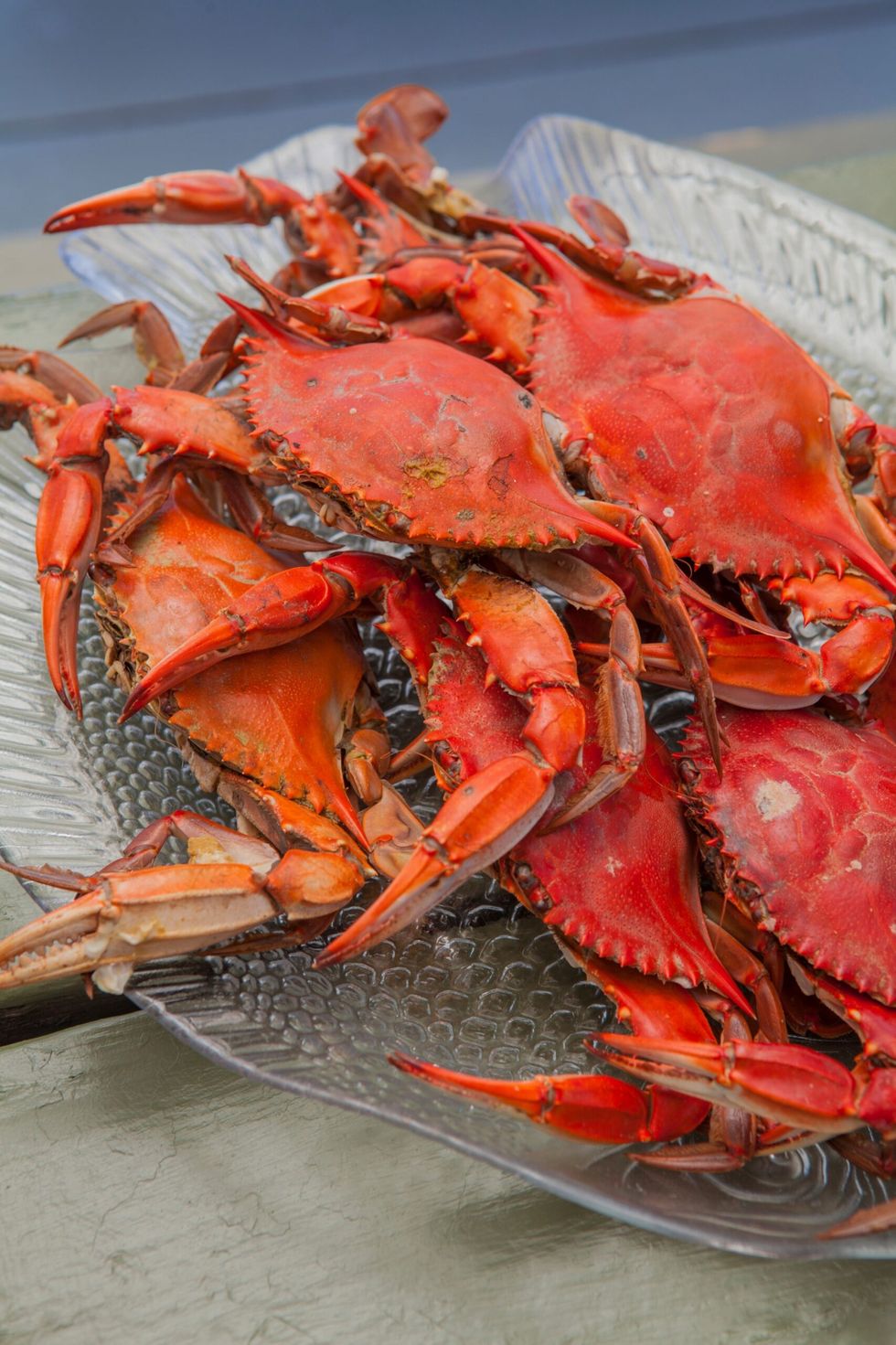 Crab is the generic name attributed to Decapod Brachiuri crustaceans with an underdeveloped abdomen folded under the carapace. The spider crab is included in this species.

Among the many varities of crabs we will mention the "common crab", which has a smooth shell, eight legs (the two anterior ones are equipped with claws while the other six are pointed) and a greenish back as well as a white-yellow belly. It is found mainly in the lagoon and port areas and since it can resist out of the water for a long time, it is easy to find it on the fishmonger's stand still alive. It is particularly sought after in the moulting period, between March-June and September-November because in this period it has a tender shell and can be eaten whole.

Another type of crab is the "sand" one which lives in shallow sandy and muddy bottoms, especially near the rivers' mouths. In this case the crab has a gray shell with red or green hues and five pairs of limbs. It is excellent in soups.