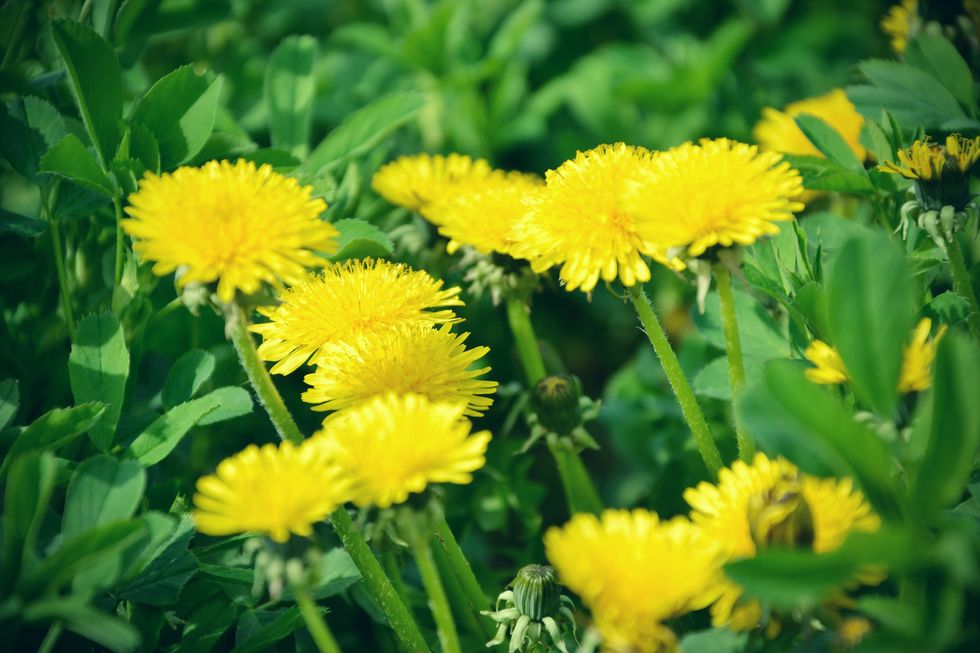 Rich in vitamins, minerals, anti-fatigue and digestive. Discovering the dandelion, or 'dandelion', a real panacea for our health.

An interesting herbaceous plant for its health properties, native to Europe, Asia and North America, belonging to the same family of daisies. It is the dandelion , or the Taraxacum officinale , also called 'dandelion', whose leaves and roots are rich in nutrients, with numerous benefits for our health.

Let's find out the most important with Raffaella Melani, a nutrition biologist , who offers us some suggestions also to use them in everyday nutrition.

Vitamins and minerals: for healthy bones and teeth

[rebelmouse-image 25508372 alt = "122929" original_size = "1200x801" expand = 1] Dandelion is above all a concentration of vitamins and minerals. Melani explains: "It should be emphasized that it is an excellent source of vitamin K , important for normal blood clotting and the maintenance of healthy bones. Among the minerals, calcium stands out (100g provide more than 10% of the recommended daily dose) which supports normal bone growth and development in children and, above all, helps reduce bone mineral loss in postmenopausal women . It also contributes to normal energy metabolism and muscle function and neurotransmission. Phosphorus is also present, also important for the health of bones and teeth, as well as essential for the health of cell membranes ".

Against tiredness and fatigue

[rebelmouse-image 25506168 alt = "130153" original_size = "2000x1342" expand = 1] The concentration of folate is also remarkable.
Clarifies the doctor: "Folate are substances that contribute to the synthesis of amino acids, the formation of blood cells. Furthermore, they are important for the reduction of tiredness and fatigue and, above all, for the growth of maternal tissue during pregnancy . In dandelion the presence of magnesium which is part of the chlorophyll molecule and in humans contributes to normal energy metabolism and to the reduction of tiredness, to the functioning of the nervous and muscular systems, should also be mentioned ".

A help for cholesterol

[rebelmouse-image 25506243 alt = "141203" original_size = "1500x1000" expand = 1] It is interesting to note that several studies show that dandelion (especially the root) can be useful in the prevention and treatment of some diseases. Dr. Melani specifies : "Dandelion root has the potential to reduce high cholesterol levels, a condition that can lead to coronary heart disease".

But it doesn't end here. The doctor adds: " Dandelion extracts have been extensively studied in recent years for its antidepressant and anti-inflammatory activity . Dandelion has a tonic and stimulating action on the appetite and is considered a good remedy for digestive problems ". Finally, the dandelion has also found application in the treatment of liver and gallbladder problems.

Cancer - according to some studies

[rebelmouse-image 25508570 alt = "119133" original_size = "2272x1704" expand = 1] Finally, Raffaella Melani explains : "In some studies, published in scientific journals, it has been shown that the natural extract can effectively target cancer cells of the colorectal and that could be a non-toxic and effective anticancer support, complementary to currently available chemotherapies. Its use could prove not only effective, but also associated with fewer and less serious side effects and improve the quality of life and possibly increase the lifespan of cancer patients also in haematological tumors, so much so that its use has been approved by the Canadian health study for phase I clinical trials (Ovadje, Pamela et al. Oncotarget 2016) ".

Simple to use in the kitchen

[rebelmouse-image 25508571 alt = "97531" original_size = "2400x1599" expand = 1] Finally, both the root and the green leaves of the dandelion are rich in nutrients and can therefore be used as natural remedies and versatile ingredients. It is good to be careful only when taking certain drugs: it could interfere with the intake of antibiotics, lithium, diuretics and some drugs modified by the liver. In all other cases it can be introduced in the daily diet because it is rich in flavor and easily available. Melani suggests : "It can be eaten steamed, sautéed , in an omelette or even raw (the leaves are usually collected in spring, ed). The flowers (which are harvested from March to October, ed) can be used to give more flavor to salads , but there are also those who preserve them in oil . The dandelion root (to be harvested preferably in autumn, ed), often in powder and toasted, has an earthy and bitter taste. It can complement a variety of dishes and be used as a substitute for coffee or raw addition to herbal teas ".