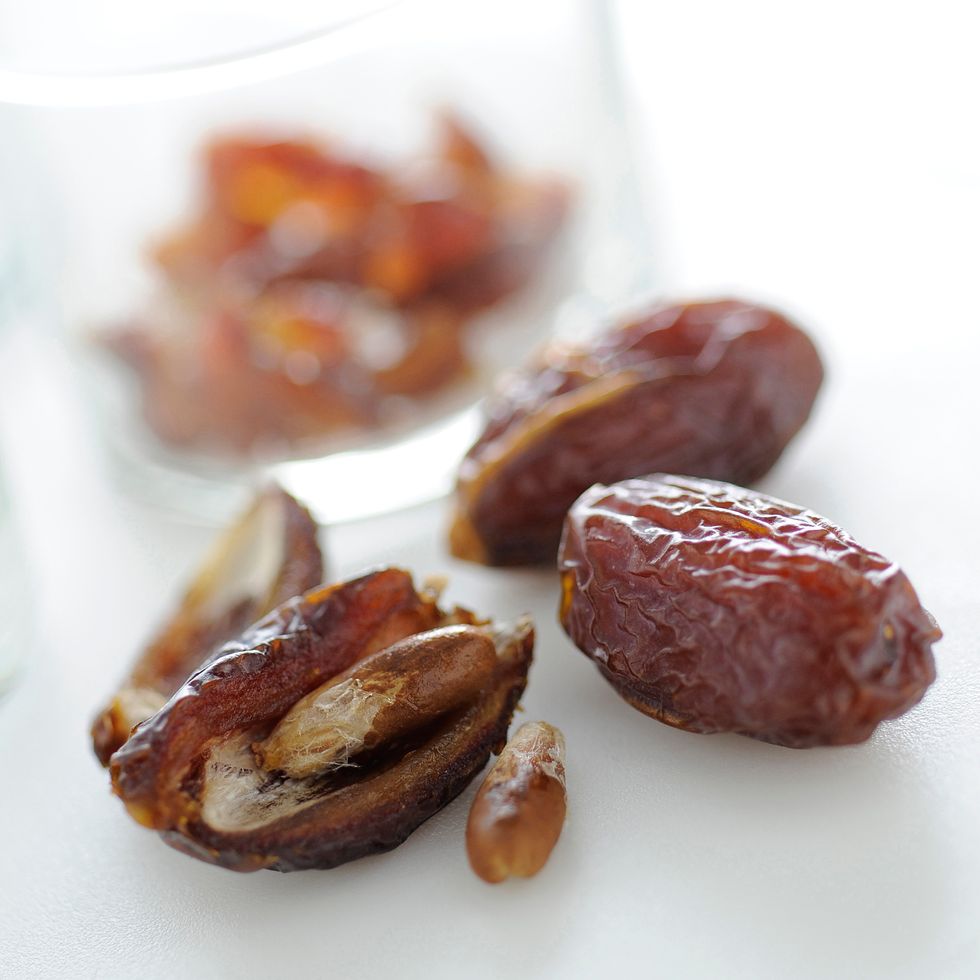 Date is the fruit of the date palm, its name derives from the Greek "daktylos" (finger) due to its resemblance to a small finger. The plant from which it comes is native to the Persian Gulf. The shape of the date is oblong and tubular; it has a brown color and a very fleshy and sugary pulp. Inside there is a core made like a long and thin "olive".

An ancient Arab proverb says:“The date palm loves to have its feet in water and its head in fire", the tree requires in fact high temperatures and a lot of water; for this reason its natural habitat is in the North African oasis.

As a sacred fruit, a favorite of Mohammed and widely mentioned in the sacred texts of Islam for its virtues, the date has great popularity in the Arab world, where it is consumed in abundance, especially during the holy month of Ramadan to break the fast.

There are many varieties, almost all originating from the Arab world, some very valuable and very expensive like the one produced in the sacred city of Mecca.

It is worth knowing that lagmi is also obtained from the date palm, an alcoholic drink very common throughout the Maghreb, which is obtained from the sugary liquid that drips from the upper leaves of the plant when they are cut.