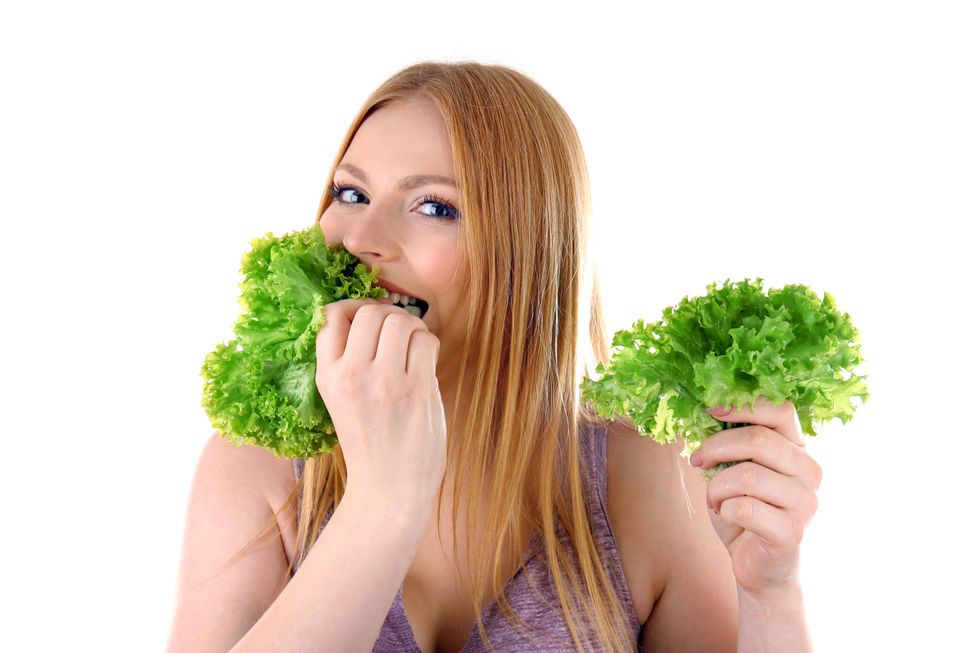 It is not by fasting that you will solve the problem. If you fear that you have bad breath, it is the foods that you choose the best remedy

There are also those who suffer from it due to stress. Which further worsens the idea of not being liked by others.

Because there is no doubt that having bad breath (or thinking you have it) always causes us great discomfort.

On the other hand, the problem is common: it is estimated that this small disorder affects at least one in four Italians (with 6% of us constantly suffering from it) Fortunately, we can improve the situation.

The first solution is as simple as it is little known: drink lots of water . Bad breath, in fact, when it is not caused by real diseases, digestive problems, dental problems or by a serious lack of cleanliness, it could be a trivial matter of dry mouth.

The water is able to wash and literally slide away various bacteria that lurk in the oral cavity and cause the bad smell.

Abundant salivation does the same thing, certainly favored by the intake of at least 2 liters of water a day.

It is no coincidence that in the morning , when we wake up, we often have bad breath because during the night there is a reduction in saliva with a consequent increase in bacteria.

And if water wasn't enough, in this list we give you other useful tips for a close- contact-proof breath.

Yogurt A jar of yogurt reduces hydrogen sulphide , a gas in the mouth that is given off by some bacteria and characterized by a bad smell. The acidity of this food also aids digestion.

Raw vegetables Romaine lettuce, carrots and peppers are all vegetables rich in vitamins A, C, or both. Their anti-halitosis function consists in promoting digestion, preventing periodontal disease and, in general, inflammation of the gums.

Chewing gum In addition to the aromas specially designed to perfume the breath, which in fact cover the smell but do not eliminate it, chewing a gum increases the production of saliva and, consequently, the elimination of many bacteria.

Avocado The abundance of fiber in this fruit increases digestive capacity and speed.

Herbal teas They fight bad breath because they stimulate salivation. In addition, there are some that associate excellent digestive properties with this virtue. The best? With fennel, anise and caraway.

Aromatic plants Parsley, sage and rosemary, if chewed, can mask the smell of the breath.

Milk As long as you don't have problems digesting it, the whole milk has the ability to reduce the presence of thiols, sulphites and bisulfites, or those foul-smelling substances contained in garlic, onion, leek and chives.

Pears They are a real cure-all! In fact, a study has shown that they reduce the mucus due to bronchitis and sinusitis (one of the responsible for bad breath). As if that weren't enough, another research has also clarified that they muffle the odors of garlic.

Green tea Its polyphenols fight bacteria that cause dental caries and neutralize the sulfur compounds that cause the smell of other foods.

Quinoa A single cup of this cereal contains 5 g of fiber which is useful for cleaning the teeth of other foods. Like all whole foods, it also decreases the risk of gum disease.

Cocoa As long as you consume it bitter and in powder form, it breaks down the formation of caustic acid, responsible for damaged teeth. Unfortunately, the one in bars, especially if with milk and sugar, we fear it will do the exact opposite.

In addition to all the remedies mentioned, bad breath can be prevented by avoiding certain foods and drinks. While garlic and onions are well known as enemies of freshness, many people also have problems with red meats, salt, spices, fried foods, fats and alcohol.

When in doubt, given that you are rarely able to judge your breath on your own, some medical offices (including hospitals) have the Halimeter, a special instrument capable of measuring the sulfur compounds emitted from the mouth in parts per million. Below 75 parts / million there is no halitosis, above it begins to feel it, above 120 halitosis is strong. Only in this way can you really be sure of suffering from the disorder and, with the help of a specialized doctor, it is possible to identify causes and remedies for your specific case.