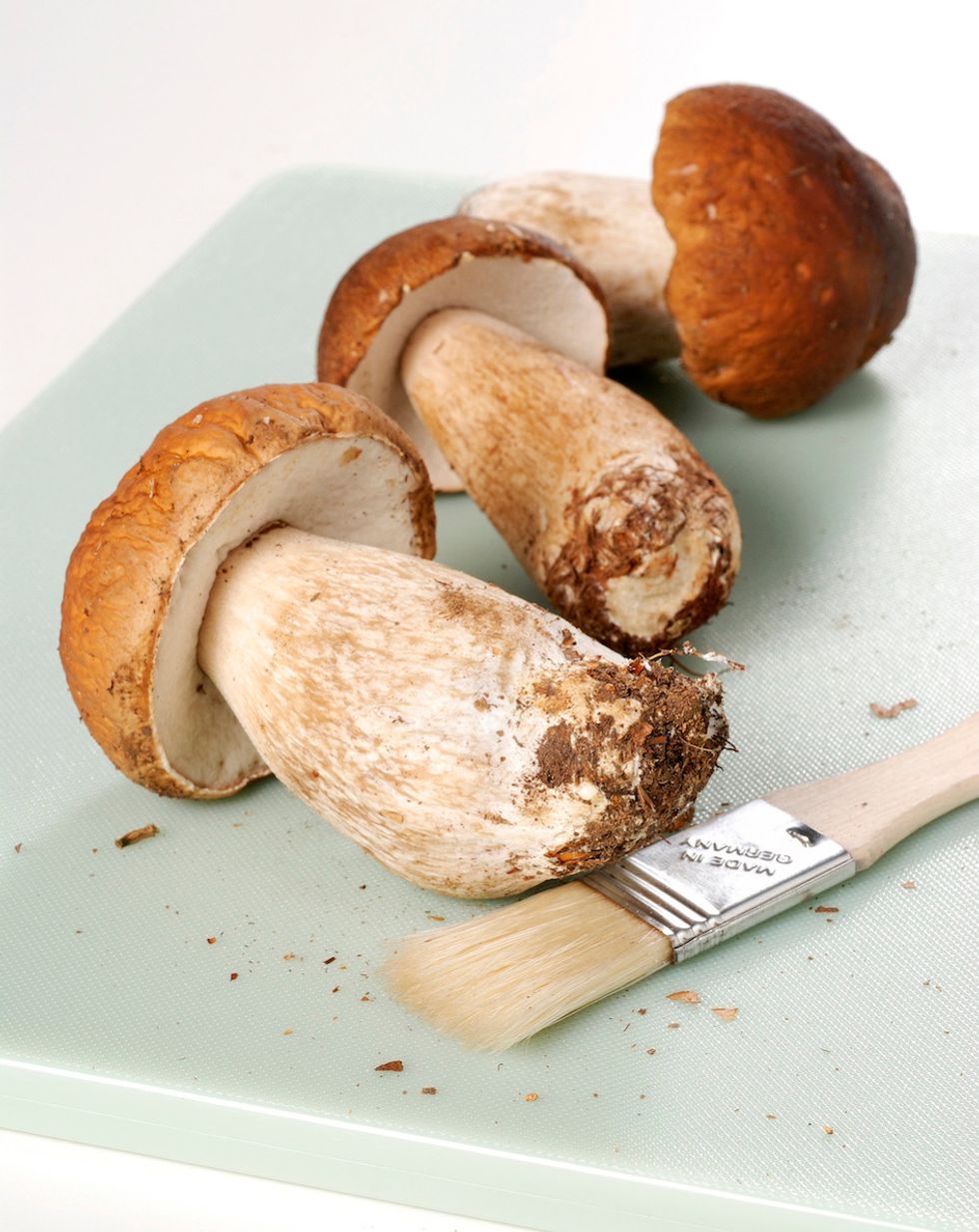 Porcini, chanterelles & c: eat them! With passion, but also with a little attention ...

From porcini to shitake, the mushroom is at the same time a timeless and trendy ingredient . The diatribe friendly mushroom versus enemy mushroom is long-standing and does not seem closed. But now the scientists from the National University of Singapore are entering the debate and adding weight to the scales on the side of the mushroom . According to the most recent research, eating mushrooms at least twice a week would help prevent the cognitive decline problems that people over 60 are likely to encounter.

However, mushrooms have many undervalued beneficial properties : allies of our immune system , they are an excellent source of minerals , B vitamins and are rich in antioxidants . And it would be precisely one of these antioxidants, ergothioneine, present in mushrooms and the only one, the protector of the brain identified by scientists.

The Singapore study, which lasted six years, showed that people who eat mushrooms at least a couple of times a week (more than 300 g) lower the risk of developing memory and language problems as they age. The more mushrooms the study participants ate , the better they responded to the cognitive assessment tests. Even if the same scholars raise the doubt and promise to confirm in the future the direct correlation between mushroom consumption and reduction of the risk of moderate cognitive decline.

The fungus is therefore increasingly rehabilitated on a nutritional level. (typically it was not recommended to eat them more than once a week). That said, mushrooms still have a dose, albeit minimal, of toxicity . It is therefore better not to eat them because they could provoke reactions of intolerance , which vary greatly from one person to another. But above all, our beloved fungi can be not easy to digest , because their cell membrane contains chitin , a woody substance similar to that of the shellfish carapace: gastric juices have difficulty in attacking it and digestion is slowed down.

[rebelmouse-image 25508601 alt = "64515" original_size = "2100x3150" expand = 1] From this point of view, it is advisable to consume cooked mushrooms . "There are very few varieties that can be eaten raw , always in small quantities and very fresh: porcini, field mushrooms, ovoli" says Gianfranco Visentin, national secretary of the Bresadola mycological association. Not only. Some toxins are sensitive to heat and certain mushrooms, the most common being the so-called honeycomb ( Armillaria mellea ), are edible when cooked, while raw are toxic . «In fact, they contain thermolabile toxins, which disperse 90% with heat: they must be blanched at 100 ° for at least 5 minutes before the actual cooking, so that the temperature reaches the inside, or dried. It is not enough to bake them, grill them or fry them. The nail must be blanched for 10-15 minutes and then cooked (or frozen), throwing away the water »continues Visentin.

If the cautionary recommendations of the experts rightly begin to diminish as regards the consumption of mushrooms, they certainly remain valid with respect to the harvest. In Italy there is a boom in crops, but if you buy wild ones, pay attention: you must always turn to safe and not improvised retailers and discard badly preserved, old, ruined, moldy or water-filled mushrooms. «In the markets it is necessary to check that the package contains the tag , which certifies the control by the ASL . While the traders must have the authorization for the sale of spontaneous fresh mushrooms, issued by the Municipality, ”says the expert.

As for cleaning, it is generally advisable not to wash them but to clean them carefully to remove the earth residues, with a brush or a damp cloth; if they are very dirty, they can be quickly passed under a jet of water or immersed in water for a few moments.

Conservation is also very important because mushrooms are very delicate and perishable : if they begin to degrade, they produce toxins. They must therefore be kept in rigid and ventilated containers (wicker baskets are fine for collection, never plastic bags) and kept in a cool place , even in the fridge; they do not last more than 2-3 days and it is therefore advisable to eat them (or put them in preserves) as soon as possible.

In case of disturbances
If, despite the precautions, you feel unwell after eating the mushrooms, the risk usually varies based on the symptoms . “The immediate ones, from a few minutes to six hours (short latency), are the least risky, ” explains Visentin. «The most dangerous symptoms are those that appear after a few hours (long latency), during which the body has had time to absorb the harmful substances. Purchased mushrooms are controlled and safe but self-harvested ones could be toxic , poisonous (about 30 species, causing non-lethal liver and kidney damage) or deadly poisonous (5-6 species including Amanita phalloides ). In these cases, the speed of the intervention is very important: you must immediately go to the emergency room or to a poison control center, taking with you the leftovers of the meal and mushrooms ”he concludes.