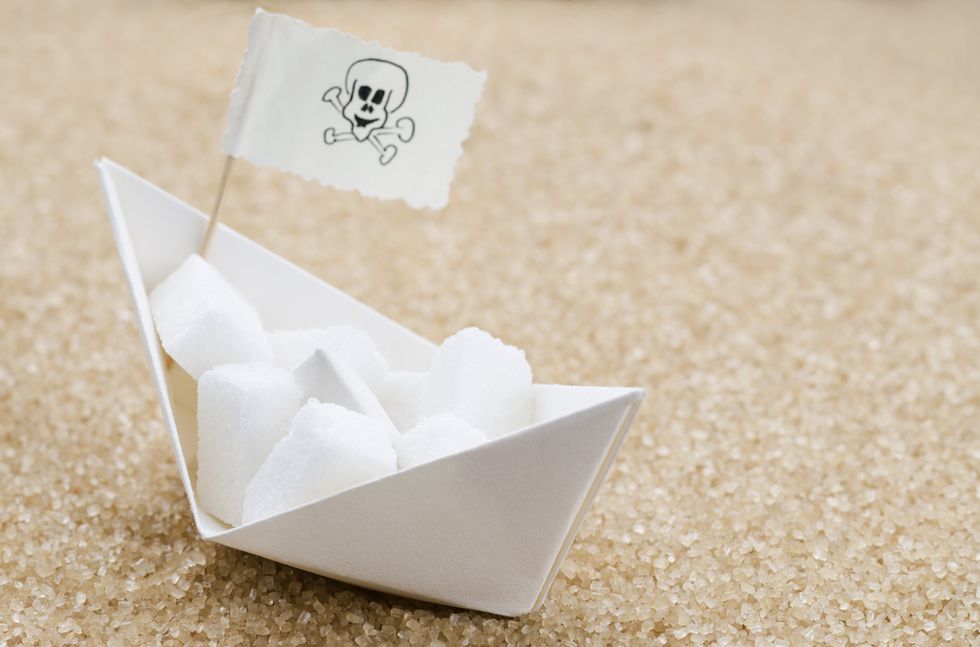 We learn to understand the glycemic index and distinguish between sucrose, glucose, fructose and other natural sugars such as coconut, agave juice and stevia.

Glycemic index, who was he? We hear about it and somehow fear it: we know we have to keep it at bay but usually we don't know how or why. We sense that it has to do with sugars - which are as addictive as drugs and hide in even the most unsuspected foods. True. But let's find out more about this famous and unknown glycemic index and the various types of sugar.

We asked for help from Michela Carlini, an expert in integrated medicine, president of the Academy of Benesserology.

Premise: glycaemia is the concentration in the blood of glucose, an essential nutrient for all cells, which take it from the blood itself.

Let's start from the base: what is the glycemic index?

“It is the ability of a certain food to raise blood sugar compared to a reference standard which is pure glucose (sugar). The glycemic index (GI) is indicated with a number from 0 to 100: pure glucose has a GI of 100; if a food has index 56 it means that it raises blood sugar and consequently insulin by a value equal to 56 compared to 100 of pure glucose (it is a percentage, 56%, not an absolute value). The glycemic index depends on the rate at which a food is absorbed and transformed into glucose. Glucose stimulates the production of insulin, a hormone that allows sugar to enter and be used by cells. Excessive insulin secretion causes insulin resistance: the cells are no longer able to let glucose in, which therefore remains high in the blood. This is called diabetes. A pathology whose incidence is subject to a dramatic increase in recent years, especially among children! ".

What are the other harmful effects of sugar besides the risk of diabetes?

“It certainly predisposes to dysmetabolic diseases as it transforms into fatty acids: obesity, cardiovascular diseases, hepatic steatosis. It is also addictive, it causes agitation and irritability (adrenaline release); predisposes to dental caries; increases the risk of chronic, autoimmune diseases due to its acidifying power; changes the health of the gut. Given the rampant sedentary lifestyle, we do not 'burn' the sugar we consume: it is therefore advisable to reduce the consumption of sugars in general. Having a good daily discipline allows for exceptions, but taking foods containing good quality natural sugars prepared at home or by trusted artisans or from the organic food circuit ".

But what are the foods with the highest glycemic index?

“Carbohydrates - or carbohydrates or saccharides - are the nutritional category contained within the foods for which the glycemic index is calculated. Among the simple carbohydrates:

Fructose is found naturally in foods (fruit, honey) where it is accompanied by vitamins that facilitate its disposal and fibers that reduce its absorption. This does not happen in synthetic fructose, the one produced by the food industry to be clear.

Glucose occurs naturally in fruits and vegetables, marketed in the form of glucose-fructose syrup, an unhealthy extract of the corn plant, found everywhere (including the breading of fish sticks!) And, according to studies by university researchers and neuroscience scholars are addictive (we notice it every day!).

Sucrose is found in honey (as well as glucose and fructose). Another source of sucrose is the common white sugar, extracted from cane and beet, which however is refined. This process is at the origin of two problems: residues of pollutants used during processing, such as carbon dioxide, lime, sulfur dioxide, remain in the final product; instead, vitamins and minerals present in the raw product disappear (whole cane sugar, dark brown and moist and not classic cane sugar, light brown and in the form of small crystals), which make it richer in terms of nutrition and are also useful for its absorption. In their absence, sucrose 'steals minerals and vitamins from our body' ".

Is it advisable to opt, at least in part, for sweeteners?

"No! Aspartame, associated with saccharin to cover its bitter taste, is carcinogenic, neurotoxic and its consumption has been associated with an increased risk of Parkinson's disease. Sweeteners are addictive, not giving satiety and due to the boomerang effect they increase hunger at the next meal, without stimulating the production of insulin ".

And what about the natural sugars on the market?

“There are interesting alternatives to white sugar such as coconut sugar and pulverized dried fruit (puree of dates, plums, apricots…). Among the best known are:

Agave juice is extracted from the root of the South American plant, very rich in minerals and vitamins, has a low glycemic index, neutral taste but if it is not of the highest quality it may have been subjected to harmful chemical processes.

Stevia is a plant originally from South America and its dried and pulverized leaves have a high sweetening power. It has no calories, it does not secrete insulin so it is indicated in diabetic patients. But in the products on the market, plant dust, associated with sweeteners, is often found in minimal quantities. Another problem that could limit the use of stevia is the licorice aftertaste ".

“The highest glycemic index belongs to simple carbohydrates, which we have talked about. The complex ones lead to a 'delayed' glycemic peak compared to the simple ones. The foods that are richer in it are cereals: wheat - and therefore pasta, bread, etc - corn, rice ... It is necessary to limit the consumption of cereals and still choose wholemeal ones, rich in dietary fiber which limit the absorption of carbohydrates hence the blood sugar - the value of glucose in the blood. Go ahead, without overdoing it, with wholemeal pasta, brown and parboiled rice and organic. And let's not underestimate the legume pastes made from lentils, peas etc. They are rich in proteins and with a low glycemic index, and today they are also on the market in large distribution chains, with a good quality-price ratio ".