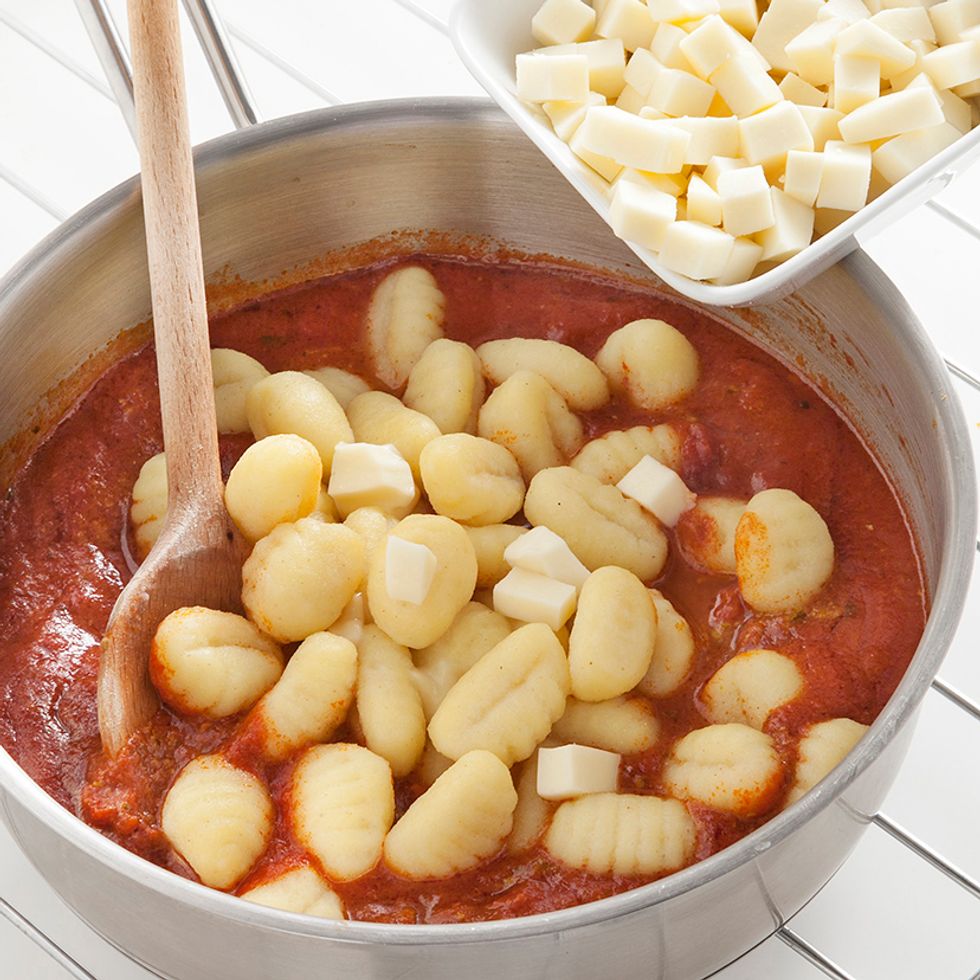 Gnocchi are a preparation, consisting of different doughs (for example potatoes and flour, or spinach and ricotta) cut into pieces, in the shape of a cap, or into discs (those based on semolina or yellow flour). In the first case, the gnocchi are boiled in water and then seasoned with butter and cheese or even with meat sauce; the semolina-based discs, on the other hand, are placed in an oven pan, seasoned with butter and cheese and then baked in the oven. In the past, the first gnocchi were based on water and flour, later in the eighteenth century potatoes began to be more appreciated, and so the first potato gnocchi appeared; these are still among the most popular gnocchi.

There are also gnocchetti made with flour and water (called «alla parigina» ), but they are very different from those of a few centuries ago. In fact, their preparation is elaborate: the dough is enriched with eggs and the gnocchetti are then covered with bechamel, sprinkled with grated cheese and finally baked in the oven. Another type is ricotta and spinach gnocchi, boiled and seasoned with butter and parmesan; in many regional recipes spinach are mixed with bread softened in milk, eggs and cheese.