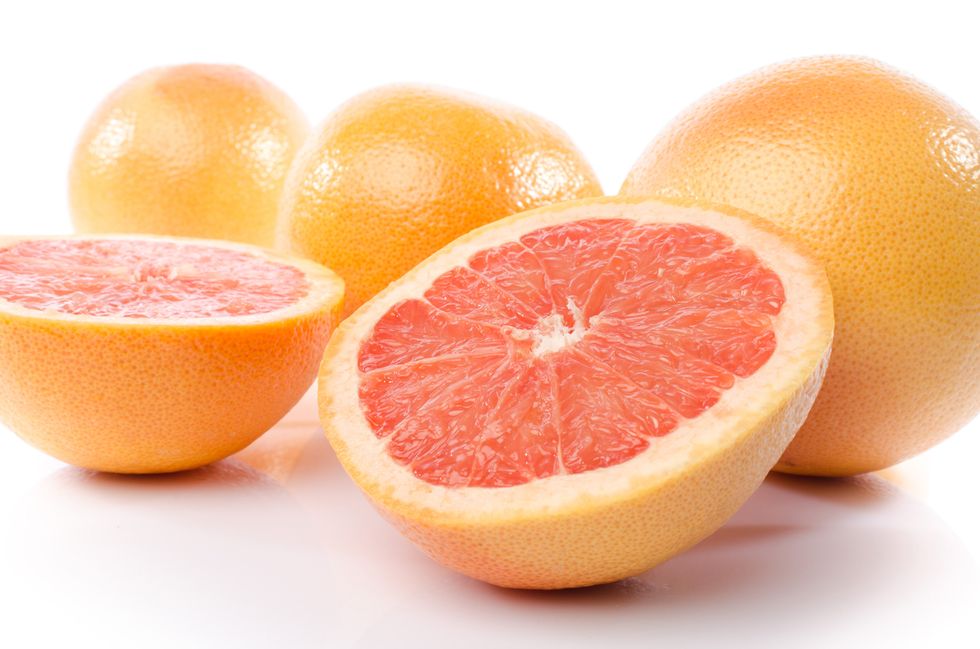 The success of sweeter citrus fruits and the arrival of new fruits has brought the once highly prized grapefruit into a shadow. But there are good reasons to rediscover it.

There was a period, quite long to be honest, in which the grapefruit diet reigned. And even those who just could not respect it could not escape the "obligation" to introduce the most bitter and least pimp of citrus fruits to the table to "burn" fat. Then, suddenly, the grapefruit was put aside, crushed by superfoods, outclassed by the "hunger" for novelty on the table and obscured by vertigo for the sweet taste. Result: today grapefruits struggle to reach 2% of all citrus fruits sold in Italy. And in the rest of the world, the decline in sales is consistent, with peaks of 35% in Japan and 30% in France and Germany, as estimated by the research firm Euromonitor. So, has the grapefruit star definitely set? Probably not. Here because.

The bitterness that makes you sweet life

Bitter, sometimes very bitter, and therefore beneficial. Scientists have no doubts: it is naturally bitter foods that provide the most beneficial substances, and in particular antioxidants. The reason is soon said: bitter or smelly compounds are the natural defense with which plants protect themselves from attacks by parasites. And what makes fruit and vegetables strong also makes us who consume them strong, as Jo Robinson explains in his beautiful book “A wild pleasure” (Einaudi). For this reason, the first move to follow a healthier diet would be to put a little bit of bitterness in every meal.

It is always the right time for a grapefruit

With grapefruit it is really easy because this citrus fruit, which is a fruit is a hybrid between orange and pomelo originally from Barbados and which has been extensively cultivated in Florida since the nineteenth century (while today it is also widespread in Spain, Israel and Italy), lends itself to many different uses, both on the table and in the kitchen, and therefore can be used in any meal, from breakfast to snack to dinner. Its sour and bitter taste stimulates the secretions of the palate and makes it perfect to be consumed in the morning or before starting to eat for its aperitif and digestive effect. But it is also ideal at the end of a meal, because it accelerates the transformation of fat into energy, and it is an ideal snack for children, especially if you choose red or pink grapefruit which have a softer flavor. In addition to being consumed natural, grapefruit can be used raw in salads, fruit salads or appetizers, while cooked it is suitable for the preparation of jams, first and second courses of fish or meat and for fusion dishes. The squeezed juice can be used natural, mixed with other drinks, infusions, teas or herbal teas and for the preparation of sorbets, ice creams or aromatic cocktails.

In grapefruit there are many antioxidant compounds, which act synergistically offering a strong anti-aging effect. The most characteristic of these compounds is a bioflavonoid, naringenin, to which it owes the characteristic bitter taste of this citrus fruit. The content of some vitamins is also interesting, such as beta-carotene (which the body transforms into vitamin A), which is effective in countering free radicals, which are responsible for wrinkles and skin aging. Then each type of grapefruit corresponds to a specific antioxidant. Yellow grapefruit is characterized by the good presence of vitamin C (40 mg per 100 g), which participates in the formation of collagen, keeping the skin firm and elastic. Eating a grapefruit practically covers the recommended daily allowance of this vitamin. Instead, red and pink grapefruit contain anthocyanins and lycopene, two powerful antioxidants that also have protective effects on circulation and help prevent some types of cancer.

An effective detox for everyone

It is the successful mix of minerals, fiber and water that gives grapefruit its draining and detoxifying effects. Just one a day is enough to get one and a half times the recommended daily amount of potassium, a mineral that promotes diuresis and the elimination of toxins. By helping to drain excess fluids, grapefruit is an ally against cellulite, water retention and a sense of swelling. In addition, according to some studies, grapefruit juice taken before meals can reduce abdominal and intestinal swelling caused by digestion and thus help you feel better after meals.

A precious help when you go on a diet

There are so many reasons why grapefruit is highly recommended when trying to lose weight. The first is that it is a low-energy fruit: a medium-sized grapefruit brings only 91 calories and gives a nice concentration of vitamins, minerals and antioxidants. In addition, some research has shown that the enzymes present in grapefruit help blood glucose levels (which is why it is also a useful ally for the prevention of diabetes) and influence the body's ability to metabolize sugars, making it more difficult to transform body fat. And then there is the ability of grapefruit juice to reduce the sense of hunger and thus be able to keep appetite at bay when on a diet. An effect that is due to phenylalanine, an amino acid that increases the synthesis of adrenaline and inhibits the enzyme tyrosine hydroxylase, sending the brain the feeling of satiety.

A remineralizer for sportsmen

Grapefruit is made up of 92% water, in which vitamins and mineral salts are suspended (in particular potassium and magnesium, which contribute to the proper functioning of muscles and nerves). It therefore has the ideal profile to help athletes rebalance the fluids lost with physical activity. The most suitable type in these cases is the red one because it has a higher fructose content. This not only makes it sweeter, but above all it provides athletes with a ready-to-use source of energy and helps them recover after physical exertion.