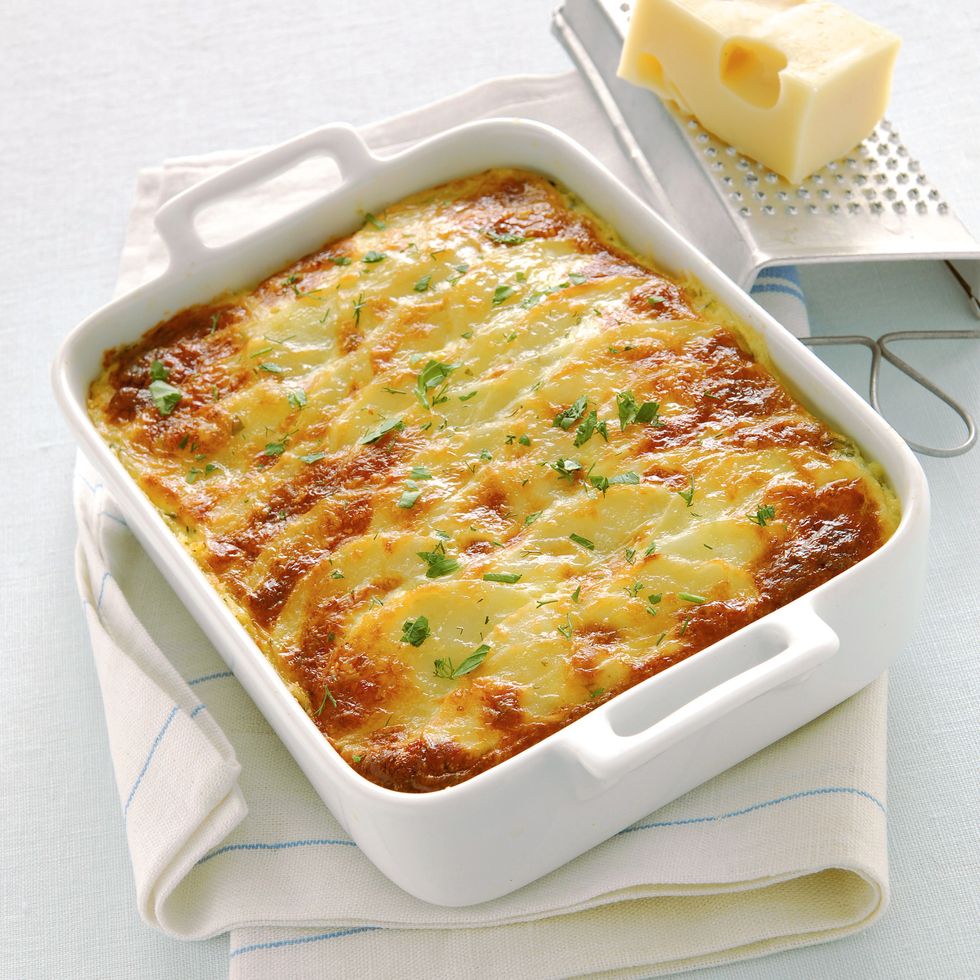 Gratin is a French word that in the current gastronomic language not only indicates the golden crust that forms on a food cooked in the oven, but also the preparation itself which, thanks to the presence of breadcrumbs or grated cheese, takes on a golden color. The term derives from the French "gratter" because in the past the most delicious part of a gratin was the crust that formed in contact with the pan and which, being particularly good, was always "grated" and eaten. Today more importance is given to the the surface which gives the preparation an aesthetic appearance.