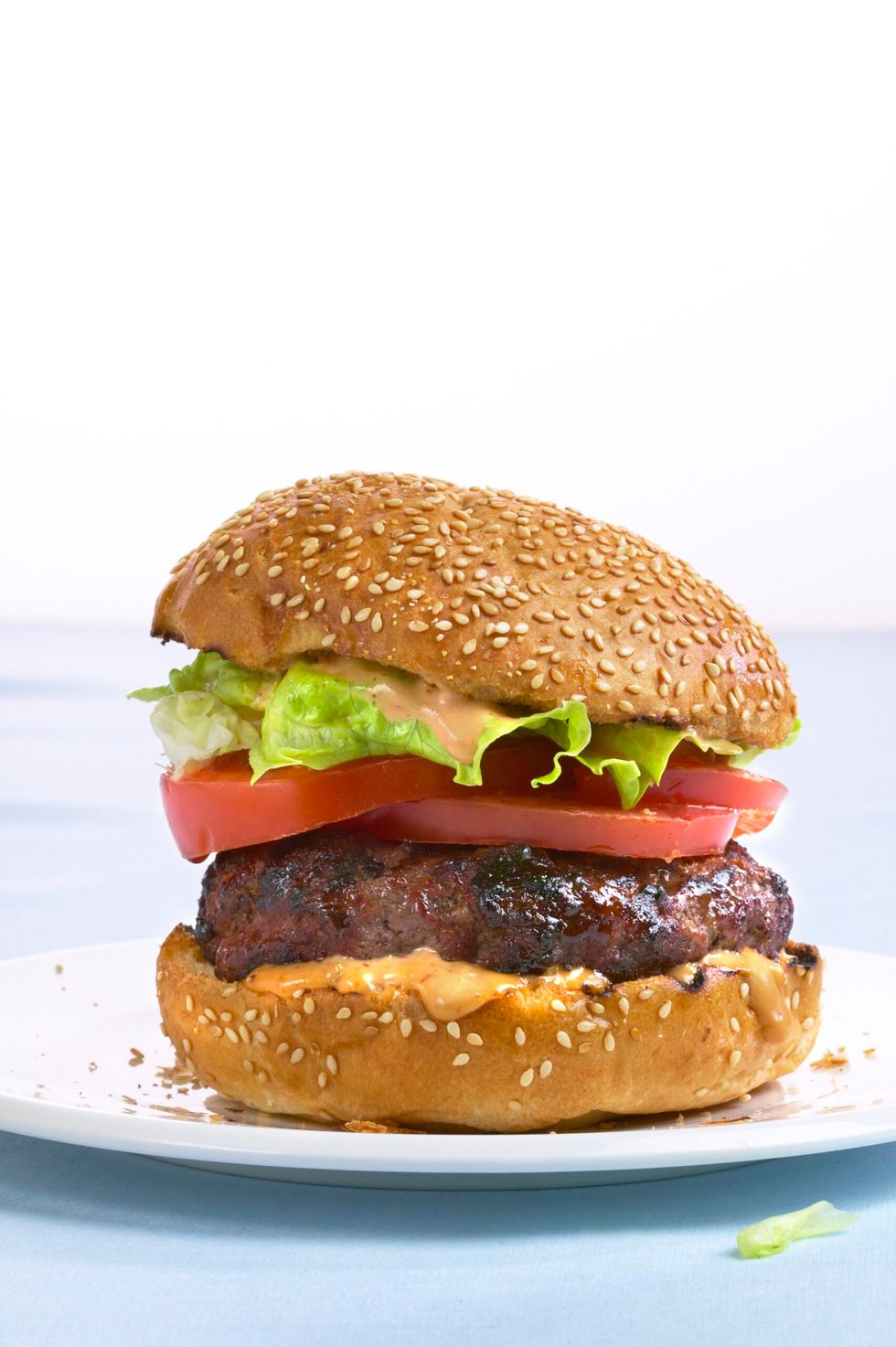 Hamburger is a large flattened meatball of minced beef, which is generally cooked on the grill or in a pan. It is of American origin and represents one of the most representative dishes of American cuisine. It is generally eaten in a sandwich, spread with Tomato Ketchup or mustard.

There is an interesting story about the name's origin which, although born in America, is called "hamburger" (that is, from Hamburg, but in the German gastronomic tradition this preparation does not exist): at the beginning of the 18th century the German emigrants who went to America traveled on the ocean line "Hamburg" by ship, where large flattened meatballs were often served for lunch. Travellers found them very tasty. When they arrived in America for Sunday lunch, they could indulge in the luxury of a plate of meat, so they prepared these meatballs, baptizing them "hamburgers" after the ship on which they had "known" and tasted them.

Today the hamburger is also prepared with other meats besides beef.