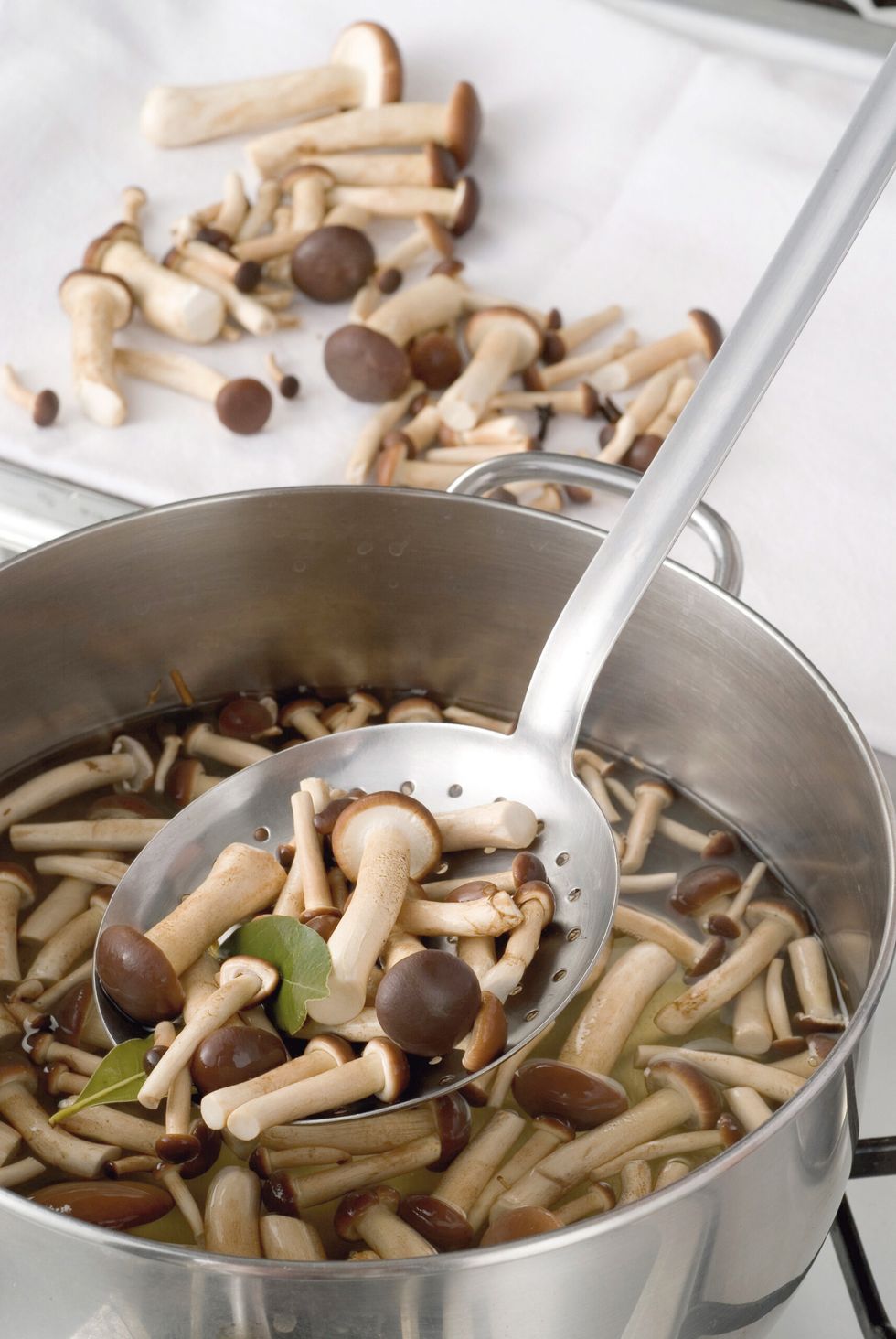 The honey fungus is a well-known and widespread type of mushroom, whose botanical name is 'Armillariella mellea' from the Latin "armilla" (bracelet for the shape of the ring surrounding the stem and honey-colored "melleus" for the color of the hat). It can be found during the autumn season.

It has a wide adaptability, being able to live as a parasite and saprophyte of woody plants. It occurs in small groups, but sometimes also individually. In the clumped specimens the hat ranges from 3 to 6 cm, while in the solitary ones it reaches up to 15 cm. The color varies according to the species of tree that parasites: honey yellow on mulberries, olives, brooms; yellow on conifers, brown on oaks, purple on maple and finally white on acacia.

The pulp of this mushroom is white and firm in the cap, but fibrous in the stem. It has a characteristic fungal smell and a sour or bitter taste. It should be briefly blanched before use in order to remove the slimy substance that covers the hat.