Lactose intolerance, the foods to avoid 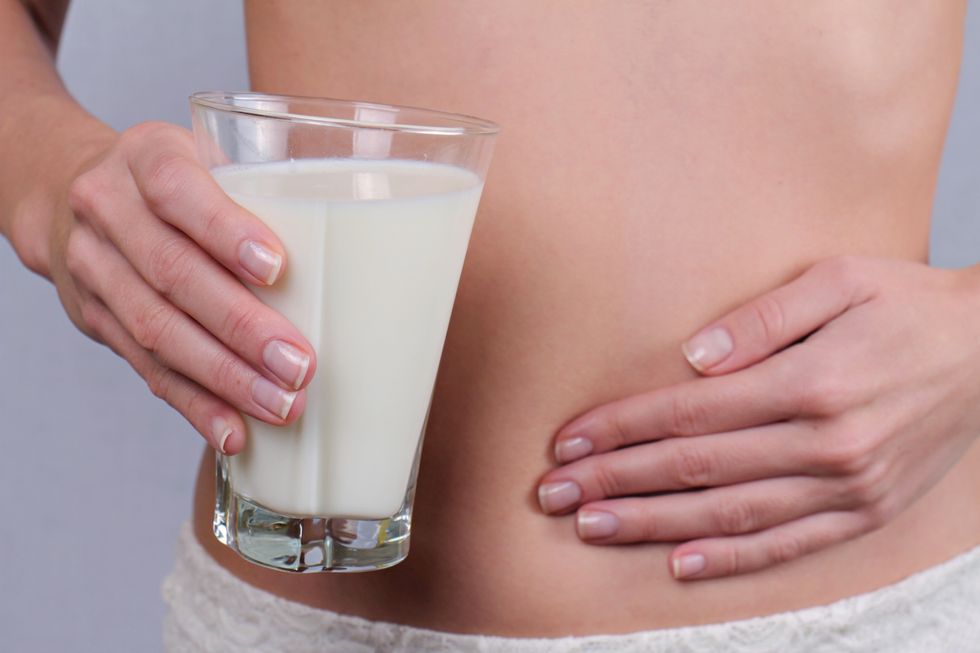 People who do not digest lactose, the sugar in milk, are intolerant due to the lack of an enzyme. But you don't always have to eliminate dairy products entirely

Problems digesting milk and dairy products ? It can be due to lactose intolerance . This adverse reaction is linked to the deficiency of lactase, an intestinal enzyme that metabolizes milk sugar , lactose, breaking it down into its two components glucose and galactose. Unlike what was once believed, today we know that lactase deficiency is very common, present in 70% of the world population; but only a few causes disturbances. “In mammals the progressive loss of this enzyme is natural after weaning, when the diet is no longer based on mother's milk", explains Mauro Rossi , researcher at the CNR. “In large part, hypolactasia does not oblige us to give up milk and cheese. But in some people it causes symptoms such as bloating and abdominal cramps, diarrhea and nausea after taking dairy products: in these cases it may be lactose intolerance ".

More to the south than to the north. In Italy it is estimated that 60-70% of the population is lactase deficient, but those who live in the South suffer from it more. "The incidence of hypolactasia increases from North to South: not very common among the Nordics (5%), it rises to 30% in Central Europe, 70% in Southern Europe and almost 100% in Africa and the Far East" he says Rossi. Why these differences? "It is believed to depend on a genetic mutation , which occurred 5-10 thousand years ago to adapt to the environment: the populations who moved from Africa to the North and introduced milk into their diet," learned "to produce lactase even as adults, so to be able to digest it ".

How to recognize it. Today, food intolerances have become a "fad", with thousands of imaginary patients who in reality have only transient discomfort. So be careful not to get carried away even with lactose intolerance. Symptoms are not always enough to diagnose it: irritable bowel syndrome or celiac disease can also cause similar disorders. "The only physical examination is the breath test , an analysis of the breath: if there is the presence of hydrogen , it means that the undigested lactose has caused intestinal fermentation ". Few, however, undergo this test and prefer empirical methods. According to our expert, with mild disorders even self-diagnosis has its own validity: eliminating dairy products , you can see if the problems disappear; then you try to reintroduce them gradually. In the case of more serious symptoms, however, the rule of contacting an expert is always valid.

Food yes and food no. Once the intolerance has been ascertained, depending on the severity it is necessary to reduce or completely eliminate foods that contain lactose from one's diet. Some people still manage to digest a small amount: for them there are products with a reduced lactose content , aged cheeses such as parmesan and pecorino, and yogurt, with its lactic bacteria that help digest lactose. Other people, on the other hand, cannot bear even minimal doses of milk sugar: so be careful to find it on the labels , because it can be found not only in dairy products (cream, yogurt, fresh cheeses and butter), in ice creams , sweets and creams , but also in many other foods. Such as bread and substitutes, sausages , fillings, ready-made meatballs, potato dumplings , cube, canned or frozen fruit, breakfast cereals , liqueurs, instant coffee, powdered chocolate . Not forgetting some medications and supplements.

Delactosed and veg. In order not to give up the pleasure of a cappuccino or a mozzarella, today there are numerous delactosed products , from milk to butter to fresh cheeses. Thanks to the addition of lactase, the lactose is "predigested" and only minimal traces remain in the food. On the palate these dairy products are very similar to traditional ones, with a sweeter taste (on www.associazioneaili.it , non-profit organization dedicated to lacto-intolerants, many companies and lactose-free recipes). Alternatively, you can try the vegetable substitutes based on soy, rice or other cereals: they certainly don't have the taste of cow's milk but they are lighter and more pleasant. As for calcium , dairy products are not the only source: it is found in leafy vegetables (radicchio, endive, spinach), in cabbage and broccoli, in anchovies and salmon , in dried fruit (almonds, hazelnuts), in some mineral waters .