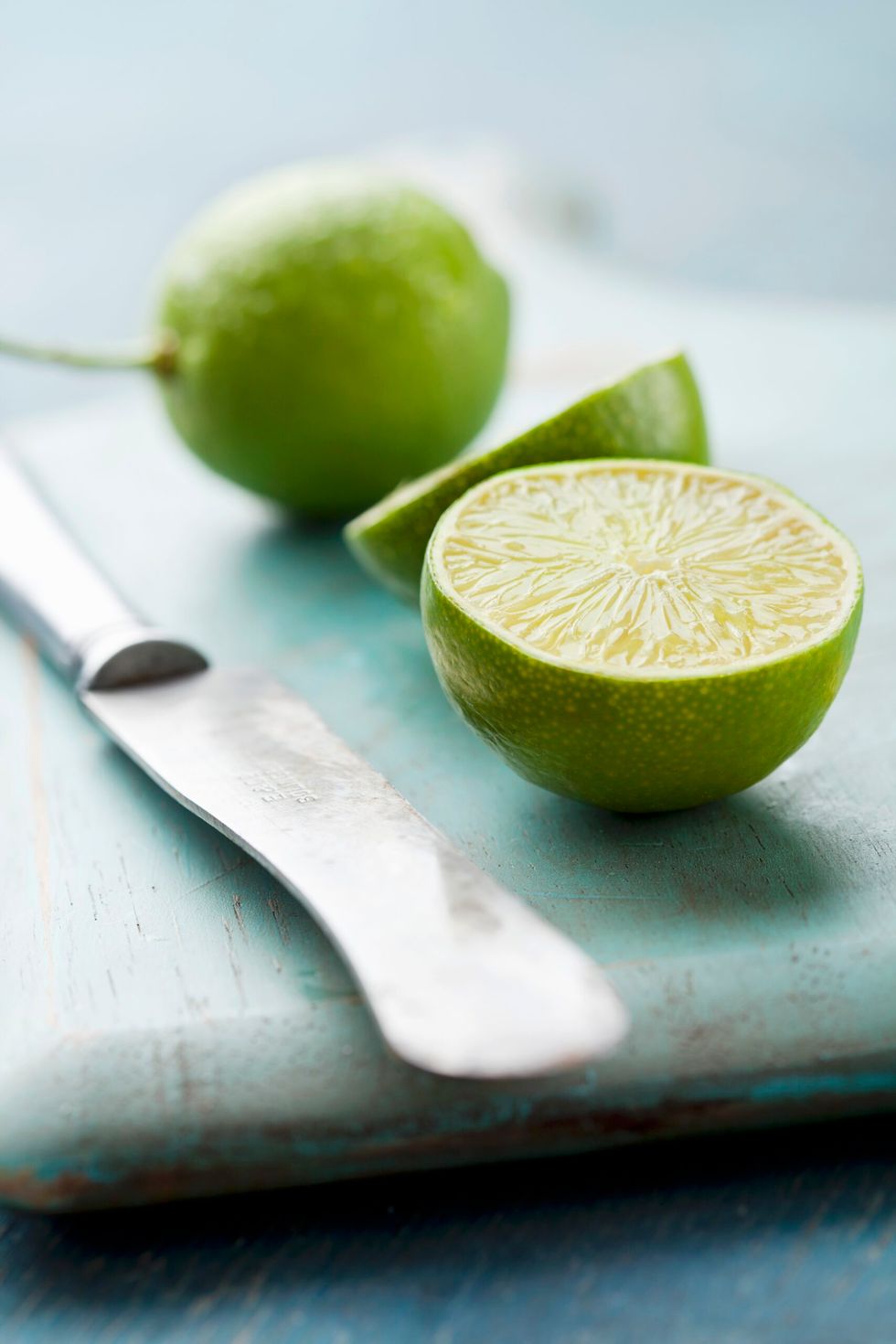 Lime, also called bergamot lemon, is a citrus fruit of Asian origin, widespread in tropical countries (the oncly exception is Sicily, where recently experimental crops have also been installed). Lime, which is smaller than lemon, is characterized by a green and thin rind, an aromatic juice (less sour than that of lemon) and a very intense aroma.

Contrary to other citrus fruits, lime is not grown in the Mediterranean area. For this reason, all product on Italian and European market comes from either Brazil or Mexico, the major exporting countries, from there it arrives in refrigerated containers, after about 15 days of travel by sea.

The Brazilian limes have a fine and clear skin, tending to yellowish (they ripe more on the plant), and a juicy pulp. On the other hand, Mexican limes have a thick, wrinkled skin and a more sour taste, although they are less juicy, they are more requested because of their green rind, used to garnish famous drinks such as moijto.

In the kitchen, lime is a valid alternative to lemon as well as a great ingredient to marinate fish and white meats or to even flavour seafood, desserts and fruit salads. If you use the peel, be careful to wash it well, because after harvesting the fruits are treated with anti-mold products; if you have to extract the juice, the best technique to obtain it is to cut the lime lengthwise into 4 slices, eliminating the central “core", which is drier.