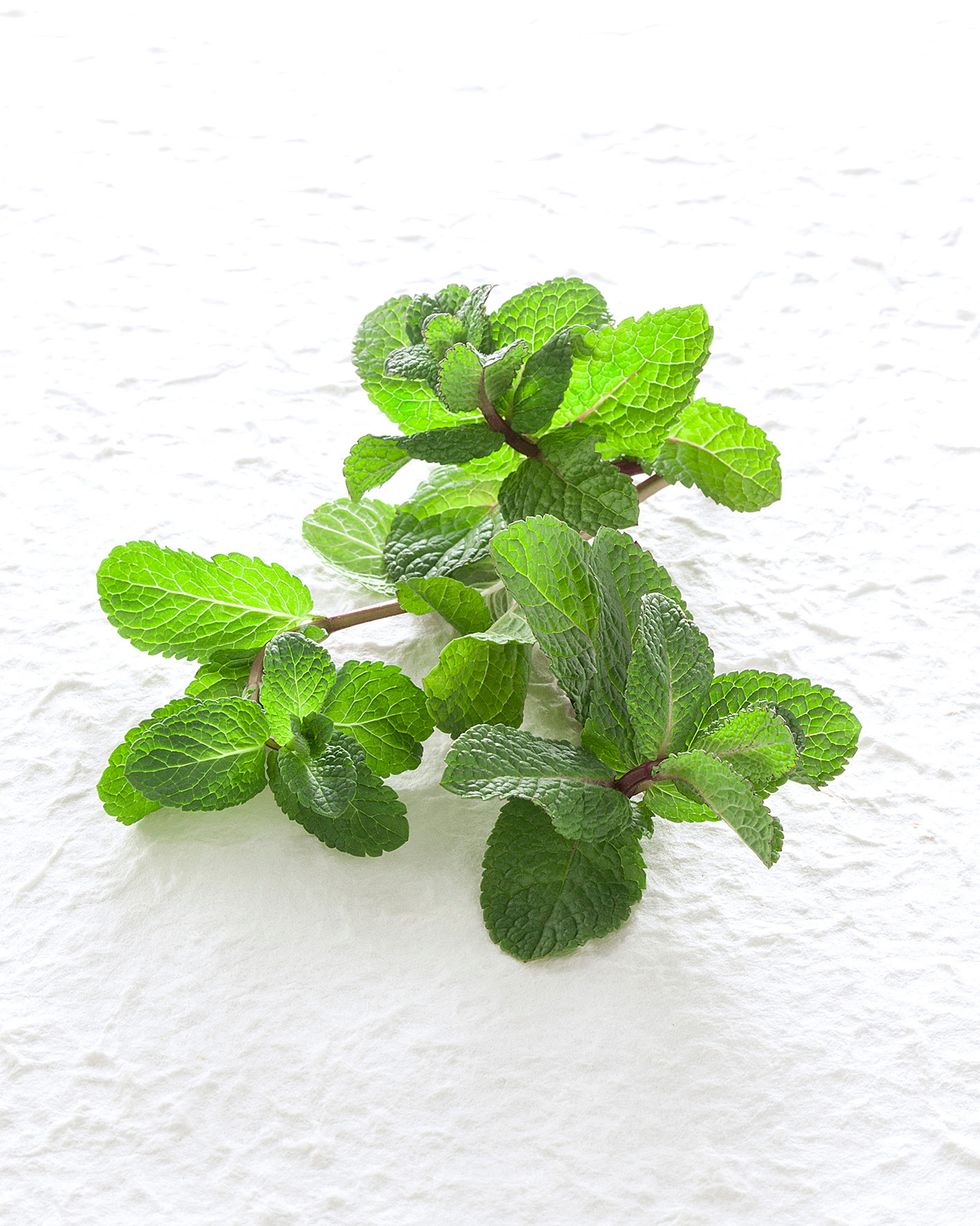 Mint is a herbaceous plant with an intense aroma, caused by its many aromatic oily substances, including menthol. Widespread throughout Italy, where it also grows spontaneously, mint can be harvested all year round, but it is during summer that it acquires the highest content of essential oils.

There are several species, both spontaneous and cultivated. Gastronomically, the most interesting varieties are the "Piperita"mint, the "Roman" mint and the "Crespa" mint.Each species of mint synthesizes a particular essence: peppermint, for example,has oblong, pointed leaves with serrated edges andsynthesizes menthol, used by the confectionery and pharmaceutical industry, but not very suitable for cooking purposes.

The Roman mint has small, long, narrow and fragrant leaves, while Crespa mint has more wrinkled and slightly hairy leaves.Other common varieties are the small "pulegium", improperly called mint in Lazio, which hasround and small leaves, used above all to flavour ice creams and fruit salads. The "longifolia" and the "romana" combine well with strong flavoured meats (like lamb and duck) and summer vegetables (aubergines, courgettes and tomatoes), fruit and desserts.

The most used mint in the kitchen - to make sauces and to flavour marinades, salads and artichokes - is the Romana; the Piperita one, on the other hand, is more used in confectionery and liquor shops.