Mint: healthy and fresh in the kitchen 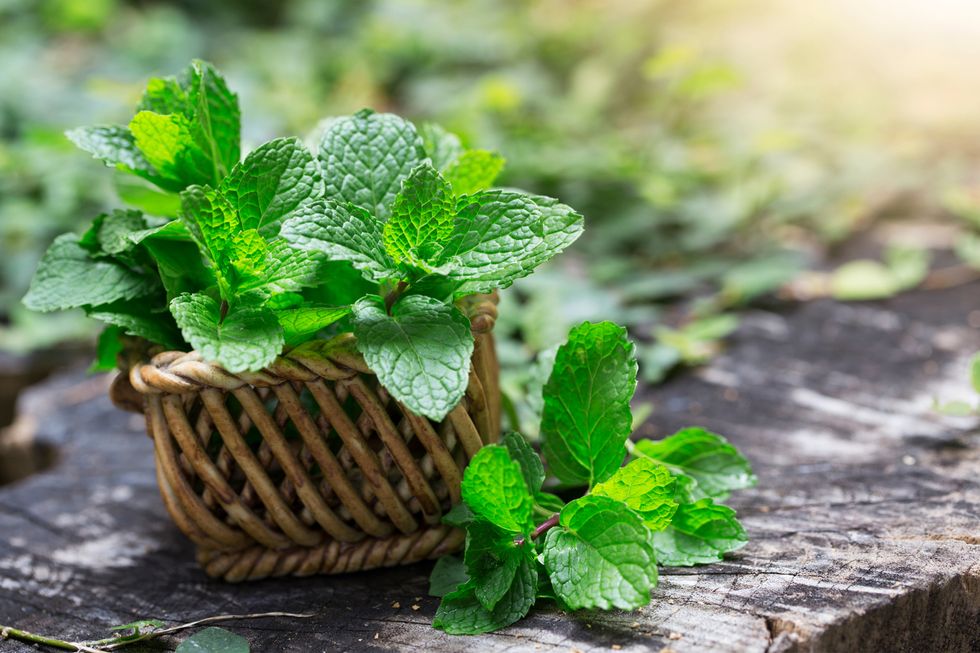 Antibacterial, anti-asthmatic, useful for the nervous system and energy metabolism. Let's discover the coolest grass of the summer!

One of the most popular fragrant herbs in history, used since ancient times for its culinary, medicinal and aromatic properties, today widely used in cooking for its fresh and light note.

We are talking about mint, a perennial plant of the labiacee family, typical of the cool and humid areas of Europe, with an unmistakable flavor halfway between pepper and chlorophyll.

Its success dates back to ancient Greece; mint leaves were rubbed on the dining tables to welcome guests. Even today in the Middle East, mint tea is traditionally offered to guests upon their arrival. But, perfume aside, what are the characteristics of mint that make it interesting and precious for our health? We deepen them in detail with Dr. Raffaella Melani, nutritionist biologist.

Help for asthma and rhinitis

Melani explains: "First of all it must be said that mint contains rosmarinic acid, a substance that has a beneficial action against asthma and stimulates the production of prostacyclines, substances that facilitate breathing". In addition, mint extracts have also been shown to relieve the nasal symptoms of allergic rhinitis and to act against inflammation (such as mallow).

Like rhubarb, it is a friend of the intestine.

Studies have shown peppermint oil's ability to relieve symptoms of irritable bowel syndrome, as well as indigestion and dyspepsia. Says Melani, “These healing properties of mint are apparently related to its ability to relax smooth muscle by reducing spasms. A cup of fresh mint tea can help soothe the stomach and nerves ".

Contraindicated instead in case of gastroesophageal reflux, liver diseases and gallstones.

The anticancer effects are occurring

But interest in it extends far beyond the digestive tract.

Melani explains, “In animal studies, a phytonutrient extracted from mint has been shown to arrest the growth of tumors of the pancreas, breast and liver. It has also been shown to protect against cancer formation in the colon, skin and lungs. However, these animal-based studies have yet to be accompanied by equally valid human studies. "

Finally, mint is also a good source of minerals and vitamins.

“Manganese which contributes to normal energy metabolism, to the maintenance of bones and to the protection of cells from oxidative stress. Then copper, useful for the transport of iron in the body, for the functioning of the nervous system and for the skin pigmentation processes. It is also an excellent source of vitamin C which contributes to the normal functioning of the immune system, especially during and after physical activity, protects from oxidative stress and increases iron absorption ".

29769Ai the kitchen is suitable for the preparation of various dishes, especially in the summer season. She suggests Melani "It goes well with eggplant, for example. Cubes of cooked eggplant with chopped mint leaves, white yogurt, garlic and cayenne pepper. It is perfect for dressing salads. For a quick and easy recipe, just add fennel onions, oranges and mint leaves. In this season, you can also add chopped mint leaves to the gazpacho because the freshness of the mint complements the sweet acidity of the tomatoes very well. " Although dried weed is widely available in supermarkets, whenever possible, use fresh mint, which gives off a greater aroma. To keep mint leaves fresh, simply wrap them carefully in a damp paper towel and place them inside a closed plastic bag, in the refrigerator, where they keep fresh for several days.