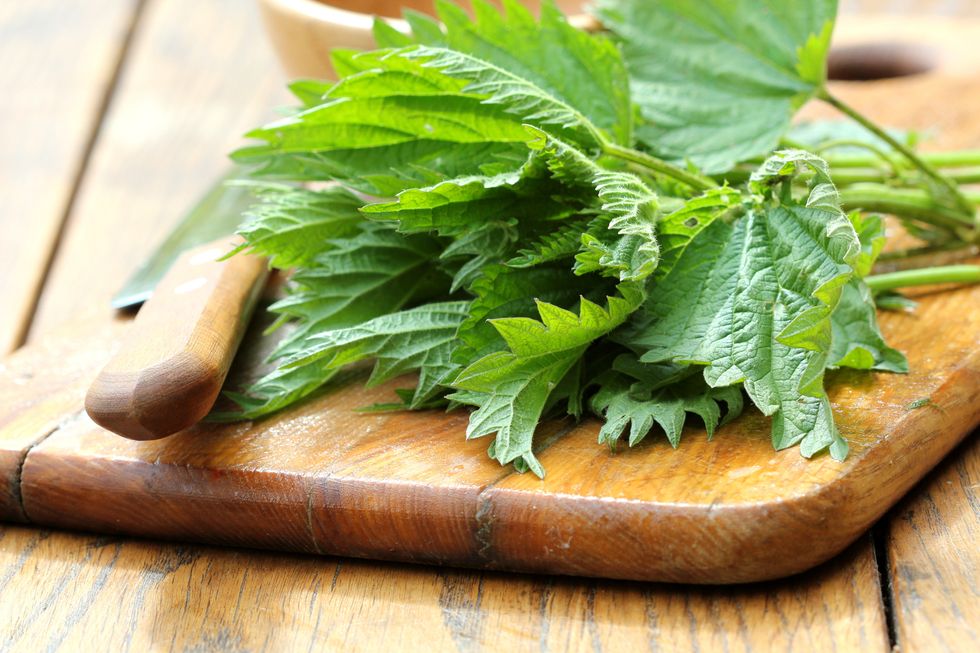 A beneficial plant widespread all over the world in mild to temperate climates, particularly in very humid habitats (such as forests, rivers and on roadsides), already used in Greek and Roman times to tenderize meat and definitely in vogue in a large number of recipes, especially in this spring season.
We are talking about the nettle , a plant species that seems to derive its name from the Anglo-Saxon word "noedl" or "needle" (not for nothing its Latin name "urtica" means to burn), which we now know better thanks to Raffaella Melani , nutritionist biologist, ready to reveal its beneficial properties and cooking tips.

Valuable source of beneficial substances, such as polyphenols

"Nettles are a rich source of nutrients. They can contain up to 3.7% protein, 0.6% fat, 6, 4% dietary fiber and 7.1% carbohydrates ", says the nutritionist," The leaves are rich sources of precious elements, such as carotenoids (also contained in carrots, squash, broccoli ) and fatty acids , as well as various essential amino acids for our health, namely chlorophyll, vitamins, tannins, carbohydrates, sterols, polysaccharides, isolectins and minerals. The extracts from the aerial parts of the nettles are rich sources of polyphenols, while the roots contain oleanolic acid, sterols and glycosides ".

Fresh leaves contain high concentrations of vitamins. Raffaella Melani explains "In particular the A, C, D, E, F, K and P , as well as vitamin complexes of group B. The leaves are also known to contain particularly high amounts of minerals such as selenium, zinc, iron and magnesium . Zinc was found in the highest concentrations in the leaves (27.44 mg / kg dry mass), followed by copper (17.47 mg / kg) and manganese (17.17 mg / kg) ".

Beneficial for the prostate

Due to the variety of phytochemicals and the proportions they contain, nettles exhibit remarkable activity against bacteria . Dr. Melani explains "The most recognized health benefit of using these plants is their activity against benign prostatic hyperplasia, also known as enlarged prostate, as well as urinary tract infections . Nettles can also help with relieve the symptoms of arthrosis and joint pain , usually in the case of the hands, knees, hips and spine ".

It is essential to know when and how to collect it

[rebelmouse-image 25508585 alt = "141251" original_size = "1500x1000" expand = 1] As with other plants, the composition of plants is influenced by several factors, including variety, climate, soil, vegetative phase, harvest time, conservation and treatment. When and how nettles are harvested strongly determines the final product. The nutritionist specifies "For the production of fibers, the nettles must be harvested when the seeds are ripe or when the stems reach 80% of the biomass on the surface, starting from the second year of sowing. To use the leaves instead, it is necessary to choose plants younger. Consequently, the collection period makes the difference: the plants collected in April are used for the production of fodder, medicines, or chlorophyll. nettles collected at the end of June are used for the production of fibers. the second crop of September can be used for the collection of leaves ".

In the kitchen it is multi-use!

These plants can be eaten mainly as fresh boiled or cooked vegetables , added to soups or used in vegetable salads . In European countries, nettles are used in soups or as steamed or wilted vegetables. Because it has a similar flavor and texture, cooked nettle can be used as a substitute for spinach. Raw nettles after mixing can also be used in pesto sauces , salad dressings or other sauces. Consumed raw they have the advantage of preserving their precious health properties , but their stinging power must be eliminated. For this purpose, it is sufficient to leave them to soak for a few hours in water, to soften them and make them palatable.

In Italy and also in other countries

In the temperate region of the Himalayas , the leaves are cooked and eaten as a green vegetable. The plants are boiled with corn, millet or wheat flour, with the addition of salt and chilli to make a kind of porridge. Boiled nettles with walnuts are a common dish in Georgia , while Romanians make sour soup using fermented wheat bran, greens, and young nettle leaves. The ripe leaves are used in making semi- hard Cornish cheese , made from grass-rich milk and wrapped in nettles. Nettle changes the acidity of the outside of the cheese, affecting how the curd breaks down and ripens. It has also been documented that nettle leaves can be used to coagulate milk in the fresh cheese making process. In some European countries, for example in Serbia and Poland , bread with nettle leaves (up to 1%) is sold as a commercial product. Stresses Melani "Compared to barley and wheat flour, nettle flour has a much higher content of protein, crude fiber, fat, ash, calcium and iron and has a low glycemic index. Compared to barley and wheat, the nettles have much higher levels of total tannins and polyphenols. "

It is also beneficial in the form of herbal tea

[rebelmouse-image 25505829 alt = "121773" original_size = "3872x2592" expand = 1] Nettle leaves can also be used to make herbal teas , rich in vitamins and minerals. Depending on the amount used, nettle tea has a light to strong flavor and tastes similar to vegetable broth. Concentrated nettle tea can be used as a base for soups or as a component in green drinks or cocktails . Nettle roots can be used as liquid or powder extracts , as well as in special decoctions. Nettles are also used in herbal liqueurs . In the British Isles, plants are used in an alcoholic drink, similar to ginger beer and brewed in the same way.
Nettle, for all its properties, is therefore suitable for a wide range of possible applications, including functional foods, food supplements and drug formulations, but nothing beats its tastiest form, the filling for ravioli!