Nuts: goodness and well-being from the world 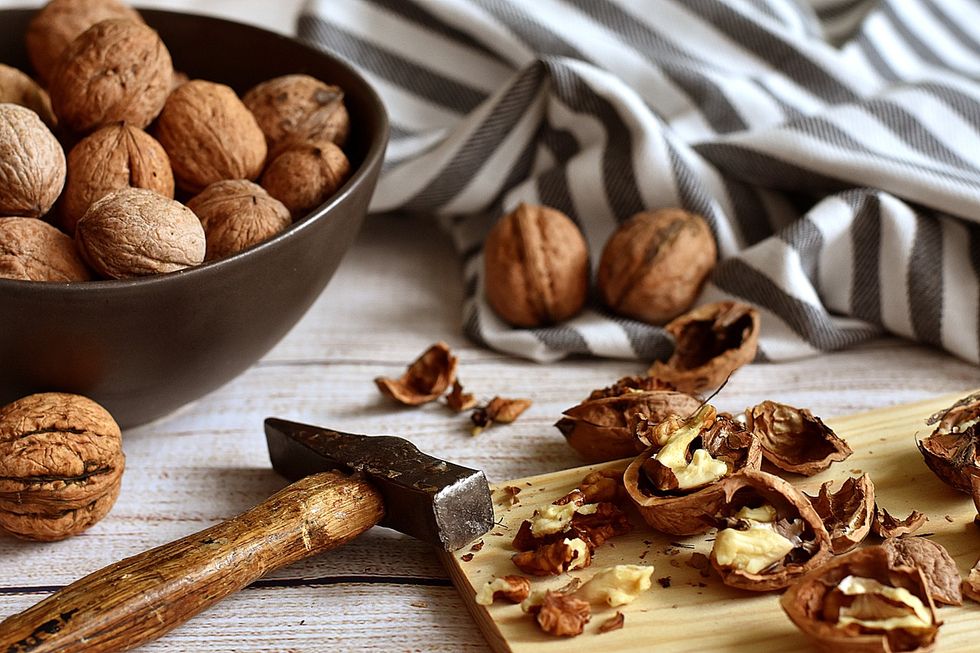 That they are good for health is now well known, but walnuts are a real ally for our well-being. It is no coincidence that in Italy they are among the best-selling nuts. But how many varieties of nuts do we know?

They are a healthy snack, with or without shell, and become an ally for a healthy break. Science has long confirmed this, nuts and walnuts in particular are beneficial to health. Eating three nuts a day is good for the heart, decreases the incidence of cardiovascular disease and cholesterol, thanks to the presence of "good" omega 3, omega 6 and arginine fats. They are also an important source of antioxidants due to the presence of vitamin E, but also B1 and B6. In short, walnuts are an authentic superfood, a panacea for our well-being.

Among the best-selling nuts

Walnuts are the best-selling nuts in Italy, and according to the latest report by Nucis Italia, an association of the main companies in the sector, consumption is estimated at about 50 thousand tons, practically a tenth of that in Europe.

Of Persian origins, walnut has been cultivated in Italy since Roman times, but production has undergone a certain decline over time. In recent years, given the decidedly growing trend in consumption, attention has also returned to those Italian regions traditionally suited to this production, including Campania, Lazio, Veneto and Emilia Romagna and the Walnut areas are again on the rise.

Meanwhile, new varieties of walnuts from different areas of the world have also become part of our usual consumption, helping to raise world production. Some are better known both in Italy and in Europe, other varieties have only recently begun to appear on our markets, but we are talking about valuable qualities and very rich in nutrients.

Nuts from the world

Pecans, native to the southern United States and Mexico, have a rich, buttery flavor that makes them a favorite in American cuisine and pastry. Pecan nut production expects to increase by 10% compared to last year, which is important for understanding the market trend.

Macadamia nuts, from Australia, have a sweet and delicate taste, are rich in minerals, vitamins and monounsaturated fatty acids and therefore have multiple beneficial properties. But, watch out for the calories in these oil seeds. They are quite widespread and total macadamia nut harvests even predict an increase of 19%.

The well-known Brazil nuts come straight from the heart of the Amazon. Rich in selenium, a powerful antioxidant, they have a taste that is very reminiscent of coconut. They are to be consumed without excess, as they are very caloric food. Its many benefits include thyroid, mood, digestion and immune system benefits.

The red walnuts, similar in all respects to the common walnut, differ in the red kernel. The taste is delicate and very oily, they are the result of a natural cross between the common walnut and the Persian walnut. It is a particularly rare variety and therefore also with a rather high cost on the market.

Mongongo nuts, sweet and nutritious, are a prized fruit and very widespread in Namibia and south-west Africa where they are a food much consumed by the local population. A precious oil for cosmetic use is also extracted from these nuts.

Kemiri nuts, or candle nuts, a variety originally from Indonesia, rich in oils, are widely used both in cosmetics and in local cuisine. The large amount of oil present in these nuts allows them to be used as candles (hence the name candle nuts).